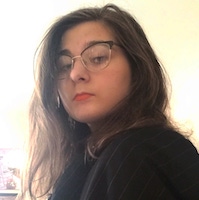 Ashley Hajimirsadeghi is an undergraduate at the Fashion Institute of Technology. Her work has appeared in Into the Void, Corvid Queen, and cahoodaloodaling, among others. She attended the International Writing Program’s Summer Institute and was a Brooklyn Poets Fellow. You can find her at ashleyhajimirsadeghi.squarespace.com 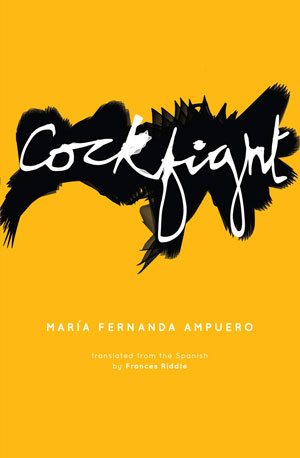 August 24, 2020
Cockfight by María Fernanda Ampuero translated by Frances Riddle Feminist Press, 128 pages reviewed by Ashley Hajimirsadeghi In her debut novel, Ecuadorian writer and journalist María Fernanda Ampuero takes an unflinching and intimate look into the turbulent homes and lives of Latin American women. By placing her powerful, moving stories in settings like violent domestic households or lower income neighborhoods, the characters in Ampuero’s Cockfight combat their situations with acts of bravery, loss, and love. As the characters seem to suffocate in their environments, there are acts of bravery, loss, and love. The idea of a happy family is a myth and men are depicted as lecherous, terrifying creatures of the night. The narrators often are maids, young girls, and women wrenched into horrifying situations such as forced incest, rape, and human trafficking ...
Read the full text