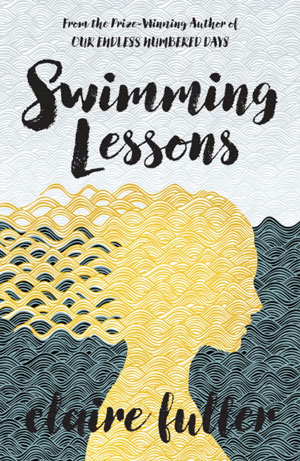 “A book becomes a living thing only when it interacts with a reader,” says writer Gil Coleman, the rogue central character of Claire Fuller’s Swimming Lessons. When he tells a bookshop assistant that “first editions don’t matter,” he seems to argue that access is more important than ownership, that a book’s content is more valuable than the object enclosing the text. But the impulse behind the sentiment is hardly democratic; his words cast light on his unequal marriage to Ingrid, a student he impregnates, derailing her education. Infamous for a single work (the lurid and presumably autobiographical A Man of Pleasure), Gil is oddly less interested in an author’s words than in “the handwritten marginalia and doodles that marked up the pages,” and “the forgotten ephemera used as bookmarks.” By the end of his life, his wife is gone and his library is full of “bits of paper with which he could piece together other people’s lives, other people who had read the same books he held and who had marked their place.” It’s also full of clues to solve a mystery at the center of this skillfully structured and satisfying novel: Where did Ingrid go, and why?

Our Endless Numbered Days, Fuller’s dark and disturbing debut about a young girl enthralled and entrapped by her survivalist father, showcased an artful method of withholding information to create suspense and contribute to an atmosphere of unease. Likewise, in Swimming Lessons, she unsettles readers from the first, irresistible, line: “Gil Coleman looked down from the first-floor window of the bookshop and saw his dead wife standing on the pavement below.” Is Ingrid a ghost? Or is she still alive?

Fuller keeps the full truth hidden until the epilogue, cutting between two stories that suggest alternative outcomes by tracing contradictory versions of the past. In the first version, Gil grieves for his (late? lost?) wife but still hopes she’ll return to him. When he injures himself in a fall from a promenade while chasing a woman he thinks is Ingrid, his daughters, Bohemian artist Flora and her older, more responsible sister Nan, return to their unconventional childhood home (the Swimming Pavilion in a seaside village) to care for him. There, the women reprise familial roles based in their differing beliefs about their mother’s disappearance: Flora is the baby abandoned by a selfish and insufficiently maternal mother; Nan is the bereaved child who had to mother her little sister without much help from their dad.

In the second version, Ingrid’s prolific letters addressed to the “real writer” Gil recount a love story gone sour. She describes her life, from the day she met him to the day she (apparently) drowned, as that of a deserted wife raising two daughters alone, feeling “nostalgia for the life (she) could have had.” Swimming is her only “release from the relentless grind of motherhood.”

Fuller’s eye for idiosyncratic detail makes both versions vivid and convincing. Though initially distracting as a device, a third of the way in it’s clear the letters aren’t merely a means to deliver back-story. Rather, this is a love story told through marginalia. By repeatedly begging the question, Why doesn’t she just talk to him?, Ingrid’s letters circle ever closer to the truth.

Ingrid’s description of cowering with fellow students in Gil’s classroom powerfully establishes her attraction and ambivalence by comparing his rant on Shirley Jackson’s We Have Always Lived in the Castle (“Who gives a fuck about Jackson and her intentions? She’s dead, literally and metaphorically.”) to her father’s verbal abuse. Planted between pages of this particular book in Gil’s collection, Jackson’s mystery ties Ingrid’s story to larger literary themes. Her characters (domestic Constance and worldly Merricat) give context to the conflict between “just a wife” Ingrid and her ambitious sister Louise.

But Ingrid’s letters, inserted in books in Gil’s library, do more than position her in the margins of his life. Their pointed placement in particular volumes weds content to the physical book that bears it. In narrating her life, she reclaims her own authority and challenges Gil’s self-anointment as the Author engaged in his self-conscious retreat from the world. As it turns out, Ingrid is the real writer in their marriage, composing what amounts to an epistolary novel while Gil lives a secret life in his writing room. 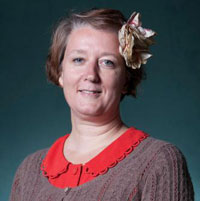 In Swimming Lessons, Fuller mines a deep vein of material she brilliantly explored in Our Endless Numbered Days: that of a daughter trying to see her parents clearly by discerning the truth between image and reality. Like her father, Flora lives with hope and grief. She’s haunted by a sense memory of her mother leaving the Swimming Pavilion for the last time: “a waft of coconut—the colour of golden honey again, and Ingrid turning and stepping, turning and stepping out into sunlight.” And like her father, she pursues Ingrid’s ghost, in reality and in her imagination, following her mother’s lookalike to the local library, trying to sketch a toy soldier she’s found on the beach but instead drawing her mother from memory.

As an artist, Flora knows “how much could be left out of a drawing while keeping it recognizably human,” and how humans habitually fill in these visual gaps. As Gil’s health crisis reunites her family at the place where her past is shelved, access to new information lets Flora learn to trust her own eyes, to see her lost mother as “more concrete, a real person with thoughts and feelings, decisions to make and an understanding of their consequences.” Reading between the lines, the mystery of her parents’ marriage isn’t solved so much as deepened. 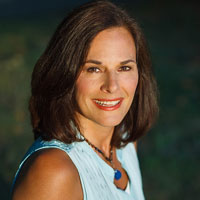 Elizabeth Mosier is a novelist and essayist. Her review of Claire Fuller’s Our Endless Numbered Days appeared in Cleaver in March, 2015. www.ElizabethMosier.com.