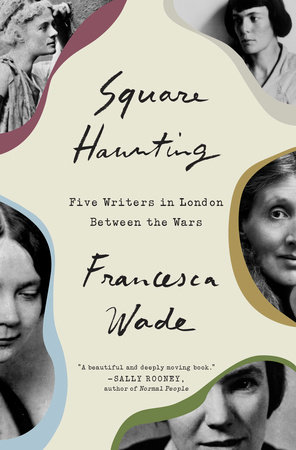 In a short piece of writing on “London Under Siege,” written during World War II, Virginia Woolf wrote that “everybody is feeling the same thing: therefore no one is feeling anything in particular. The individual is merged in the mob.” Reading these words now, as we live through a different collective social crisis, I am reminded of the significance of individual intellectual and emotional life as a key form of sustenance and even political action.

I came across this quote in Francesca Wade’s Square Haunting, an examination of the intellectual and personal lives of five furiously independent women living in Mecklenburgh Square, at the far edge of Bloomsbury, between the two world wars. In her introduction, Wade expressly notes that “these women were not a Bloomsbury Group: they lived in Mecklenburgh Square at separate times, though one or two knew each other, and others were connected through shared interests, friends, even lovers.” All five women were searching for ways to find fulfilling and engaged public lives in times of emergency, yet their views on how to do this often radically differ.

The emphasis in Wade’s book is on individuality, these women’s rooms of their own, rather than a monolithic view of a ‘feminist life.’ Besides Woolf, Square Haunting introduces us to the poet H.D., the classicist Jane Harrison, the economic historian Eileen Power and the detective novelist Dorothy Sayers. The vision of gender itself presented throughout the book is complex. H.D., once called the “perfect bisexual” by Freud in their analysis, wrote, “I have tried to be man or woman but I have to be both.” Sayers enjoyed wearing men’s clothing, writing “if the trousers do not attract you…for the moment I do not want to attract you, I want to enjoy myself as a human being.” These women are ambitious, not simply as women, but within their respective fields.

So how does Wade show this? She brings us through the peculiar turning points in which all these women lived in Mecklenburgh Square. These moments of transformations range from H.D.’s youthful tumult and unhappy first marriage to the late years of Harrison in which she turned abruptly from classics to Russian literature. Square Haunting is an episodic book, though one full of reverberations across different times. In the space of this review, I can’t hope to cover the full range of stories in the book. The two final sections, on Power and Woolf, had a surprising urgency as I sat reading during our current state of emergency.

Power was trained as a Medieval Historian at Cambridge and started her career as a lecturer there until 1920, a time when women were still not granted full membership of the university. She moved to teaching at the London School of Economics, an incubator for the developing Labour Party and a home of progressive ideas. Power was invested, both in her historical work and political engagements, in internationalism. She was an enthusiastic proponent of the League of Nations, the aspirational united global front set up after the First World War. Her major 1939 lectures on the wool trade in English medieval history, meanwhile, writes Wade, viewed it not as a time of small self contained communities but rather of

‘large scale international trade.’…For Eileen Power, the greatest horror of war lay in its negation of personal bonds: its infringement on private freedoms and its disdain for the human values of empathy and tolerance. As a historian, she wanted to mobilize against fascism and nationalism, and to affirm, through her writing, the value of a cultural tradition that transcends borders and rejects parochialism. 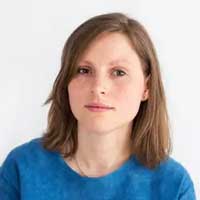 Reading Power’s passionate arguments for what she called “world citizenship” is striking now, as we find ourselves on a precipice between global solidarity and parochial isolationism. Power, notes Wade, was “always determined to define herself in opposition to what she thought of as stereotypical ‘Bloomsbury,’” focusing her gatherings in Mecklenburgh Square on “action, not aesthetics.” Woolf moved to Mecklenburgh Square as World War II raged and London lived in fear of bombings. The question which would occupy her was “how to go on, through war.” She moved through it writing through a complex tangle of the past and the present. She began writing her biography of the art critic Roger Fry, finding the current crisis “not so real as Roger in 1910 at Gordon Square, about which I’ve just been writing . . . how I bless Roger, & wish I could tell him so, for giving me himself to think of—what a help he remains—in this welter of unreality.” She also began writing about her own memories, finding them “‘more real than the present moment,’ and…she was able to ‘spin a kind of gauze over the war’ by retreating into a world that existed only in her mind.” Slowly, this extended to the present as Woolf “decided to interweave vignettes of the past with diary-like entries on the present.” In Woolf’s section, a commitment to creativity and individuality become what Wade terms “a form of resistance” amidst crisis.

Visiting Mecklenburgh Square through this book allows for a useful escape from our current moment to understand it better. Jane Harrison wrote, inspired by the French philosopher Henri Bergson, that “each of us is a snowball growing bigger every moment, and in which all our past, and also the past out of which we sprang, all the generations behind us, is rolled up, involved.” Wade’s book is the ideal type of biography for the moment with layers of enjoyable historical detail of all kinds as well as an argument for the independent life. By going into the past and particularly past moments of crisis, it is possible to start imagining a future. 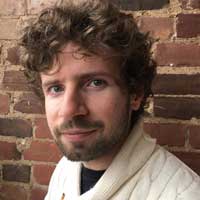 Gabriel Chazan is an art historian and writer. Gabriel completed an MA at University College London and BA at Sarah Lawrence College. He writes a newsletter on art and books on The Expanded Field.