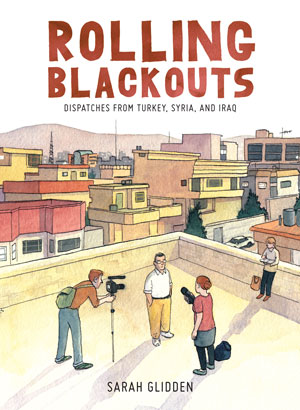 “They forget that refugees are people. When people think of refugees, they think of people with dirty clothes. But refugees can be wealthy, Einstein was a refugee. They have skills; they have ideas.”—Sarah Glidden, Rolling Blackouts

We live in a global society, something that has been reinforced repeatedly in the weeks since President Trump took his oath of office. As we hear of changes to our immigration policies and watch footage of subsequent protests at airports nationwide, we are reminded of the value of a full and informed understanding of the world, its citizens, and our relationships with each other.

That’s where a text like Rolling Blackouts comes into play. Driving this work of graphic journalism is the protagonist’s quest for understanding the perspectives of those living in different parts of the world. Author/artist Sarah Glidden, along with two of her friends from The Seattle Globalist and former Iraq War Veteran Dan O’Brien, spent two months travelling through the Middle East, speaking with anyone and everyone they could.

As Glidden describes in the book’s preface, this resulted in hundreds of hours of recorded conversations. Glidden made painstaking efforts to accurately portray those they met and the words spoken. Each conversation they had with the people of Turkey, Syria, and Iraq aimed to overcome Dan’s admission, which appears early in the text: “I don’t have much of an idea of who they are, what they’re like.” And with this statement, perhaps, Dan speaks for many of us. 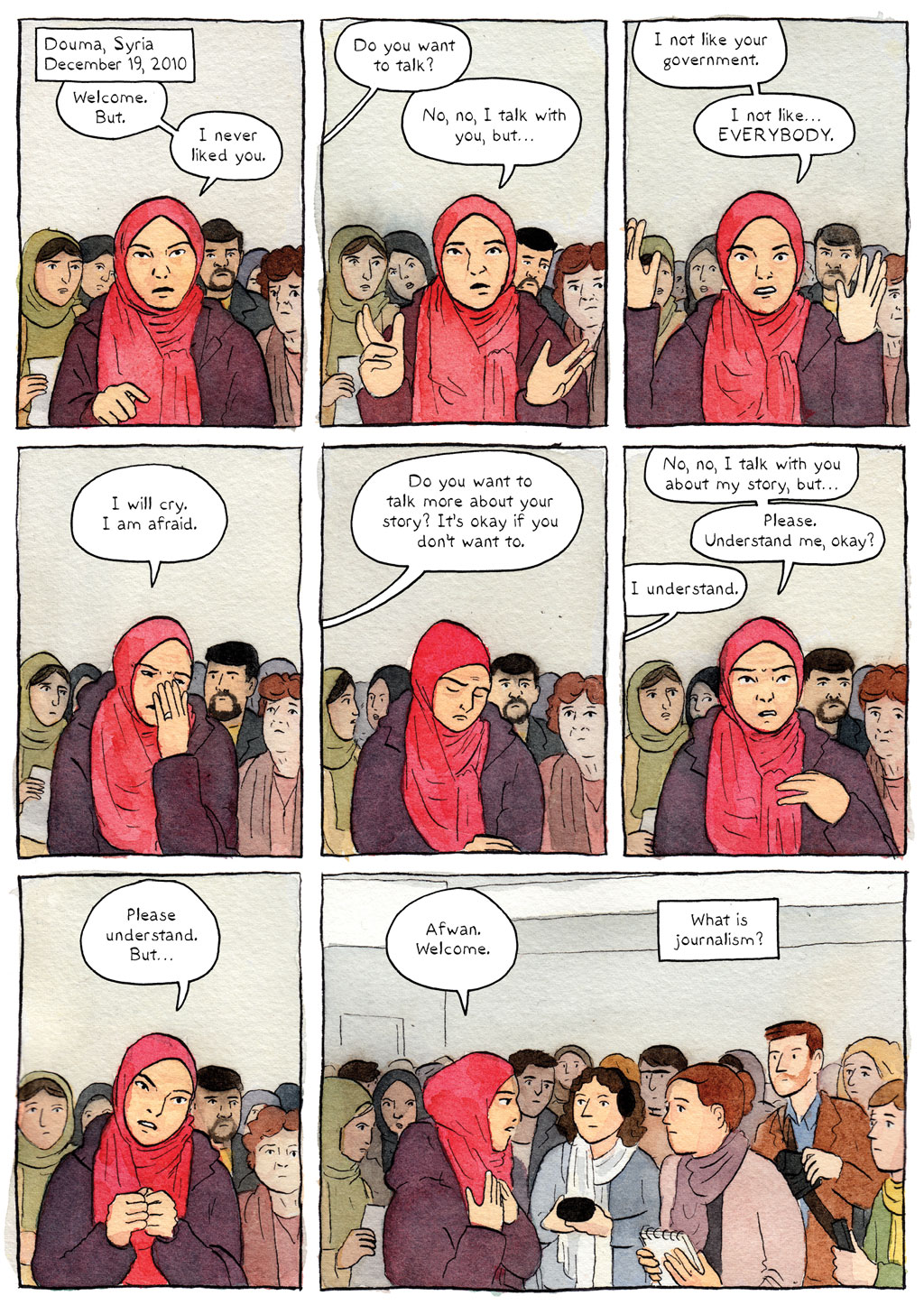 Throughout its 300-plus pages, Rolling Blackouts provides valuable historical contexts and multiple viewpoints to help any reader better understand the region and its people. Glidden incorporates the voices of government officials, aid workers, refugees—even a former terror suspect, among many others, in order to showcase the complicated realities of life in those countries. We meet those whose lives were improved from the Iraq War as well as those whose lives were destroyed. We meet those who love the United States, and those who say, “I don’t want to bring children into a country that could be bombed by America.” As Glidden writes: “I think sometimes journalists get caught up in the hard news part, in investigating an unknown angle. But they forget that for most of our audiences, it’s all an unknown angle.” Incorporating a large chorus of voices, Glidden hopes to inform and challenge her readers. 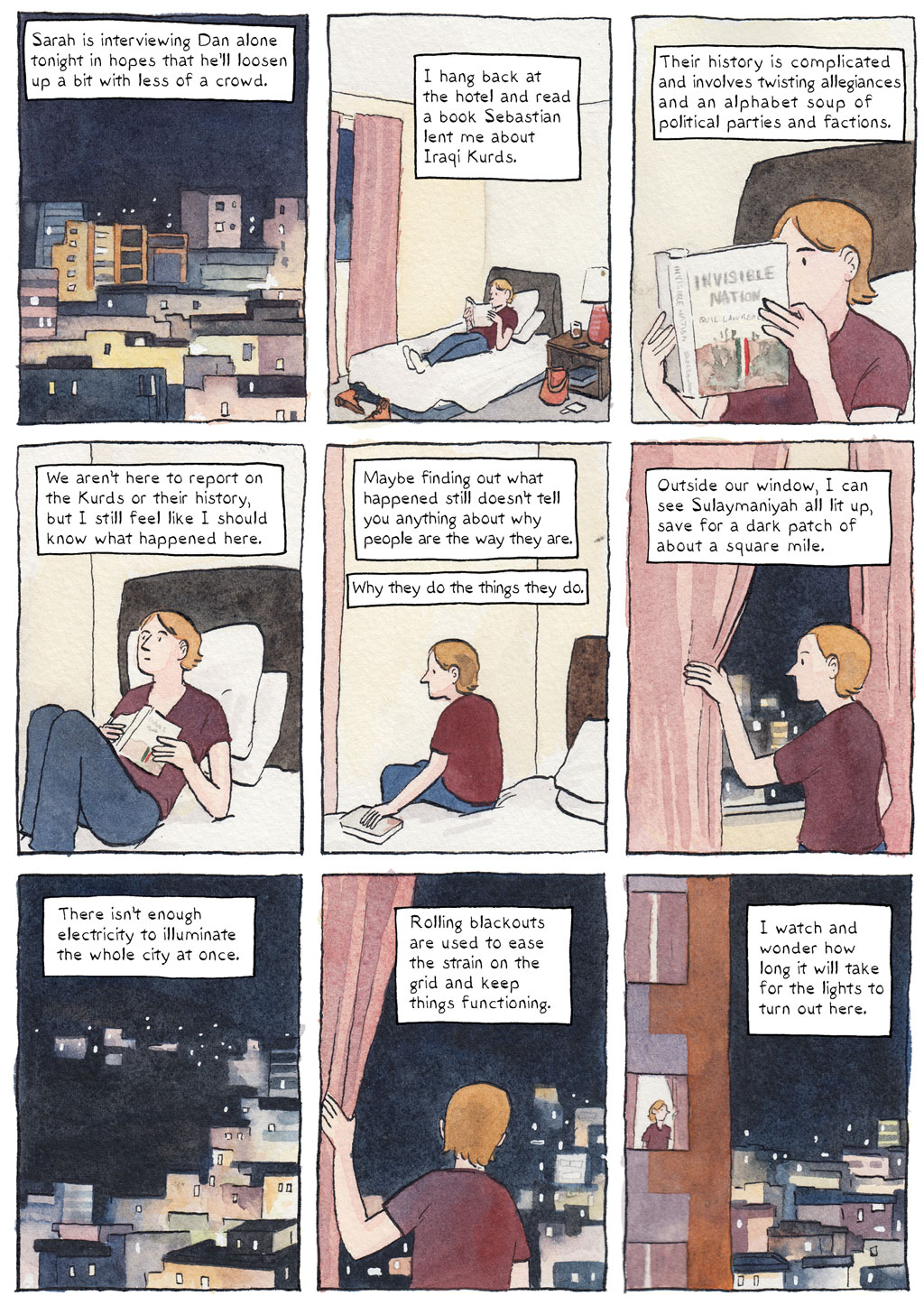 The focus on issues and worldviews provides a valuable, enjoyable, but very different experience from many graphic texts. Rolling Blackouts delivers almost none of the “action” that one might come to expect from the graphic medium. But what it lacks in action it more than makes up for by asking and hoping to answer difficult and significant questions—“No matter what we do, can you bring someone back from the dead?” and “What is journalism FOR? What’s the point?” – forcing readers to think, and in many cases grapple with, our own beliefs.  Its skillful search for answers makes the dialogue-heavy Rolling Blackouts well worth a reader’s time. 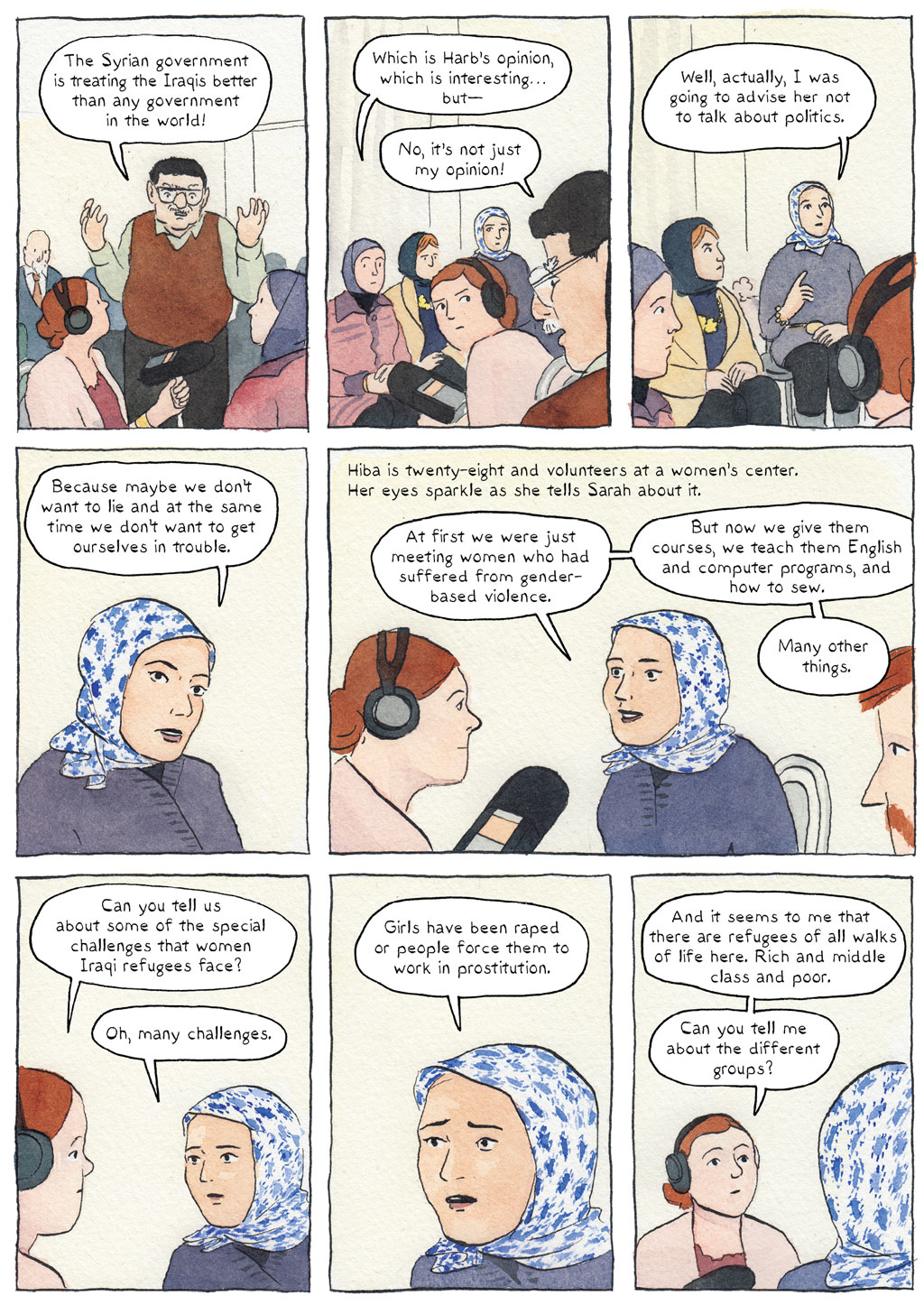 The graphic medium is a perfect fit for Rolling Blackouts, due in large part to its focus on dialogue. As with her first book, How to Understand Israel in 60 Days or Less, Glidden’s simple but beautiful water-color drawings pull readers into each scene, conveying a strong sense of the locations and people depicted while also highlighting the words on the page. Rolling Blackouts is about granting admission into the thoughts and feelings of others. 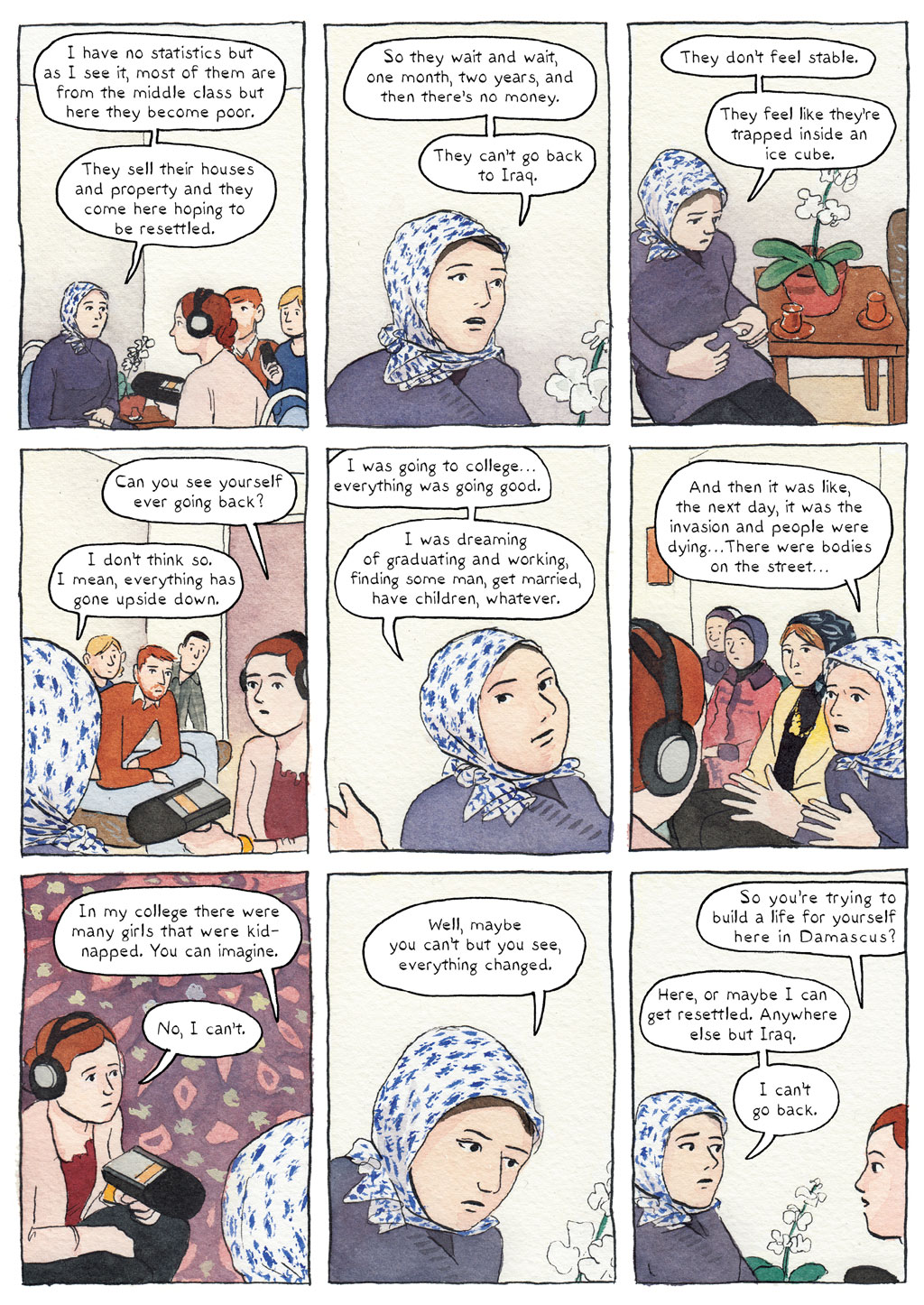 Glidden has created an ambitious and powerful work capable of broadening its readers’ horizons. As one character says, “It’s a shame that politics get in the way of people.” Works like Rolling Blackouts are necessary reminders of our shared humanity. While some in power might try to divide us, a little understanding and empathy, based directly in listening to individual stories, can go a long way. Helping others achieve that, I hope, will become Glidden’s legacy.

Brian Burmeister teaches writing and communication at Iowa State University. He co-wrote the nonfiction play, Farmscape: The Changing Rural Environment, and his writing has been nominated for the Pushcart Prize and Best of the Net Anthology. He can be followed on Twitter @bdburmeister.