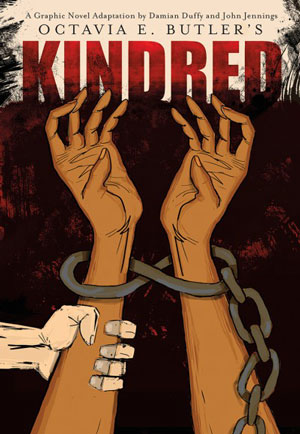 Crowned the “grand dame of science fiction” by Essence, Octavia Butler was one of the most popular and critically acclaimed science fiction writers of the 20th century. Her career spanned over a dozen novels and, among her many awards and honors,  Butler was the first science fiction writer to win a “genius grant” from the MacArthur Foundation, before being cut short. In 2006, she  tragically passed away at the age of fifty-eight.

Thirty-eight years after its original publication, Butler’s best-selling novel, Kindred, and by extension Butler’s own voice and vision, has been given new life. Considered by many to be her most accessible work, the novel has been adapted into a graphic novel by cartoonist/writer Damian Duffy and editor/artist John Jennings.

Kindred: A Graphic Novel Adaptation, like the history it shares, is haunting. At its core, it is a story of pain, a tale of survival. A twenty-something writer from the year 1976, living in California, is mysteriously and repeatedly pulled through time and space to early 1800s Maryland. This protagonist, Dana Franklin, an African American, is thrust into the all-too-real, all-too-horrifying realities of the world of slavery. 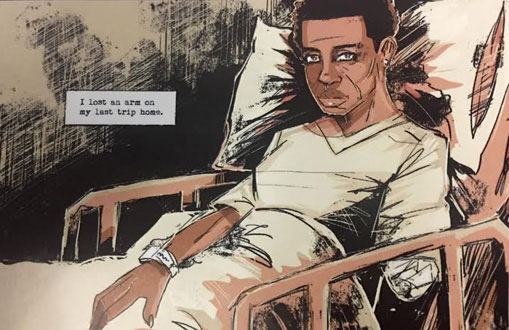 The initial confusion Dana experiences is well felt by the reader. How did she get there? Why is this happening? As Kindred unfolds, Dana’s sanity and her very life are challenged.

The art of Kindred reinforces the terror and panic often felt by the narrator. The sometimes dark, often gritty images set a serious tone and an intensity that the story demands. Discomfort, frustration, and anger radiate from the book’s pages: the physical, often sexual violence is not just spoken of, but frequently shown. The art and story work collaboratively to make sure the reader is not okay with what is taking place. 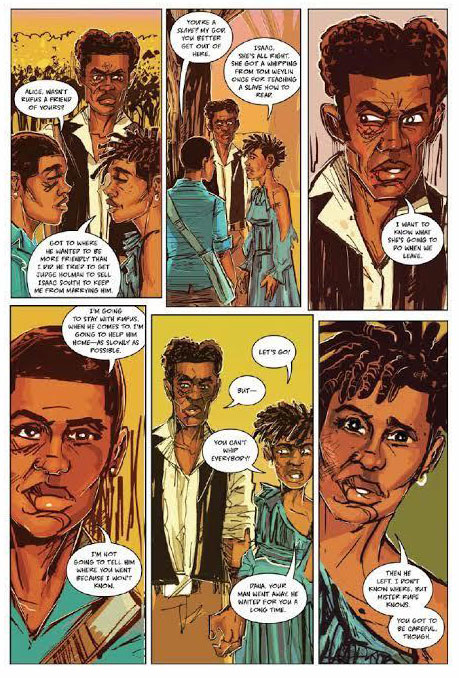 Chiefly, Kindred is an ever-important reminder of how we think of and treat each other. The story explores not just the attitudes and actions of slave-owners and other whites towards their black slaves, and vice versa, but of slaves towards the educated black protagonist. The dynamics of these mindsets and the book’s events show the devastation that ignorance, jealousy, and sheer hatred can cause in the lives of many. 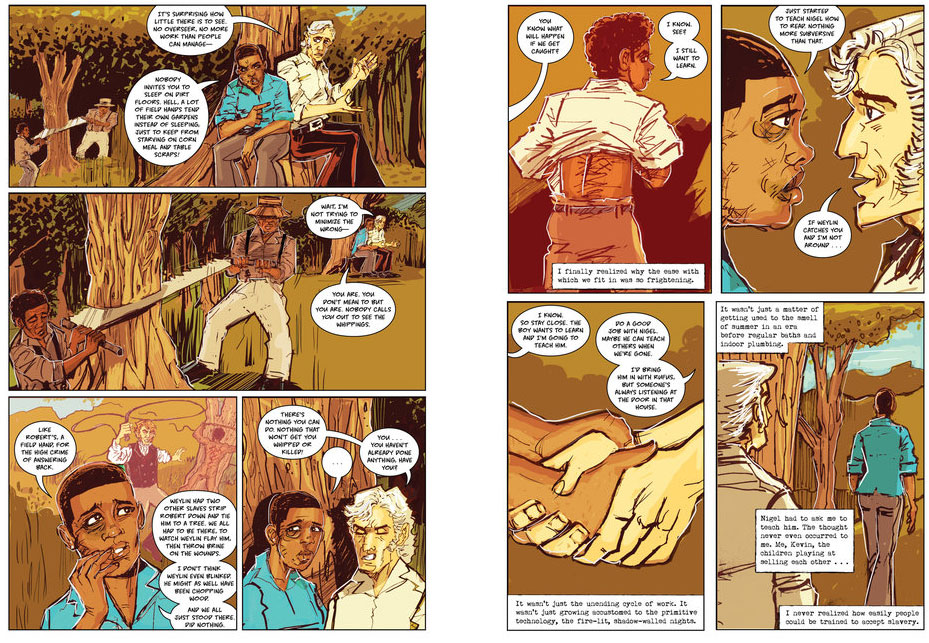 As Dana says at one point, “People don’t learn everything about the times that came before them.” We know slavery happened. But we don’t feel it. And, I suspect for many of us, we don’t like to think about it. To assist with the lessons Butler wants us to learn, Dana, who is very much her own character, functions in part as a proxy of the reader. Butler could have simply written a story set in 1800s Maryland, but by having the realities of slavery not just witnessed but lived by a protagonist from the modern era, we are forced to feel and think about that tragic era of our history as though it were happening to us. 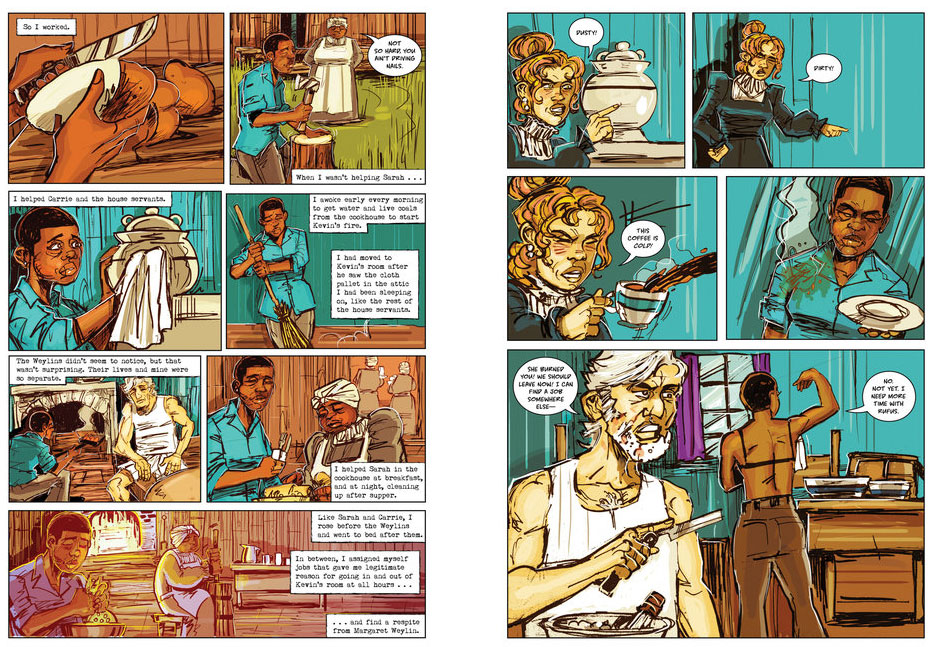 Kindred does not ease that pain. Throughout its pages, the reader is confronted with brutal scenes. Whippings. Sexual assault. Rape. The violence depicted in Kindred is a necessary reminder of humanity at its worst. And the acceptance of these actions as “normal” by most of the characters is as troubling as the events themselves. One of the most haunting moments of the book shows two young child slaves playing pretend: these children—for fun—act out a slave auction. The buying and selling of humans is so normalized by these children that they even assign dollar values to their worth. A few pages later, Dana’s inner monologue addresses this horrifying scene poignantly: “I never realized how easily people could be trained to accept slavery.”

Nearly four decades after its original printing, Kindred remains a valuable story and teaching tool. From its pages, we are reminded of the destructive consequences of prejudice.

Brian Burmeister teaches writing and communication at Iowa State University. He co-wrote the nonfiction play, Farmscape: The Changing Rural Environment, and his writing has been nominated for the Pushcart Prize and Best of the Net Anthology. He can be followed on Twitter @bdburmeister.