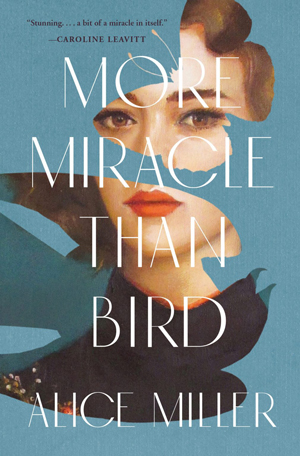 I approached More Miracle than Bird, Alice Miller’s debut novel about W.B. Yeats and his erstwhile muse, Georgie Hyde-White, as a poet interested in learning about Yeats and the woman who influenced his work. Although we get insights about the poet and his work, the novel is more about the journey of his muse, a naïve but determined rebel attempting to thwart the traditional roles that have been carved out for her. We see her youthful struggles and missteps, but by the novel’s close, we see a woman who has learned that holding onto the philandering Yeats means reshaping herself into someone who can contribute to his work.

Initially, Georgie, a translator of poetry with an interest in the occult, is attracted to the poet, who she meets at a society party, because of his involvement with seances and the Order: a “secret” society to which she hopes to gain access. Although her interest quickly turns romantic and she becomes as obsessed with the poet as she is with the “other” world of spirits and prophecy, Georgie is able to see through Yeats’s celebrity facade. When she approaches him to question him about the Order, she realizes, “[s]he was speaking to a man, not a famous figure.” Georgie’s ability to put Yeats’s notoriety aside and view him as a complicated and often confused man are what allows their relationship to develop.

Pike, a patient at the military hospital where Georgie works, is the novel’s other central figure and the third point in the novel’s love triangle. In some ways, Pike is the novel’s most likable character and a foil to Yeats. He is more transparent than the guarded Georgie and the withholding Yeats, and he cares for her consistently throughout the novel while Yeats does not.  Pike does not approve of Georgie’s infatuation with Yeats, who is twenty years her senior, pointing out on more than one occasion that Georgie, his “swan duckling, this nurse creature,” deserves better. We can’t help sympathizing with him as learn about Yeats’ unrequited love affair with Maude Gonne and his dubious involvement in the Irish struggle, a dark character more devoted to his work than to Georgie. But Georgie does not see Yeats as undeserving of her devotion and is unaware of her feelings for Pike until it is too late. 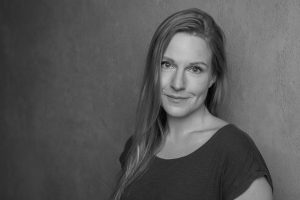 Writing historical fiction presents a challenge in developing compelling characters that are also true to actual history. For example, while the novel gives insight into Georgie and her experiences, the novel is less effective in capturing the historical significance of characters like Ezra Pound. We see some of his flaws, but much of his problematic personhood, like his well-known fascism and anti-Semitism, goes unacknowledged. Perhaps this is an attempt not to divert the focus away from Georgie’s trajectory but one wonders why the author leaves us with the impression that Pound, a supporter of Mussolini and Hitler, is nothing more than a narcissistic philanderer.

This novel does many things, but perhaps one of the most important of those is the attention it draws to the woman behind the curtain. History forgets many women like Georgie, women who support great writers and artists while maintaining their own lives and literary fascinations. More Miracle than Bird does justice to that woman, in presenting her as the equal to the man she marries, while at the same time, giving up pieces of herself to help Yeats in his writing.

More Miracle than Bird is not a novel about W.B Yeats, although it is, in part, a novel about writing. We learn, for example, that writing does not always come easily to Yeats. We see that other components of his life were overshadowed at times by his devotion to his work. In this, the author may be suggesting that Yeats, and perhaps poets, in general, in order to achieve the gravity that he did, have to be willing to place work above other loves, such as one’s love for their country or a romantic partner.

Perhaps, in light of Yeats’ struggle with writing, it is Georgie’s gift of “automatic” writing, (the miracle, alluded to in the title, and referenced in Yeats’ poems entitled “Byzantium” and “Sailing to Byzantium”) that cements the relationship. The title itself refers to Georgie’s spiritual connection, a “miracle” so to speak, that inspires her automatic writing. We see the connection play out in a scene in which the excitement engendered when Georgie accesses a spirit seeps into Yeats’s writing: “[I]t seemed the air was alive, that so many stories were within their reach … it seemed they were surrounded by voices, neither dead nor alive … all straining to be heard.” Georgie’s communication with these voices through automatic writing in turn allows Yeats to access a depth within his work that would have otherwise remained cloaked.

At first glance, More Miracle than Bird is a work about poetry, romance and spiritual exploration, but I think this novel really comes alive in examining female agency and drive. For better or worse, the author seems to keep whatever intimacy existed between the characters as distant from the reader as Georgie and Yeats often seem to be from each other. Although Georgie has high aspirations to complete her work as a translator of poetry and climb the ranks within London’s literary society, she appears to subjugate her ambition as Yeats strings her along, pursuing other romantic relationships, even remaining aloof into their marriage. This unfailing desire to hold him contrasts with her dismissal of the Order when she learns of its fraudulent foundations. Perhaps her refusal to dismiss Yeats even when he ignores her or betrays her, is a result of conflating Yeats with a connection to the spiritual world that she craves so desperately. It is only after he accepts her, and she discovers automatic writing that she is able to access that world in the way she wants. In this way, More Miracle than Bird feels less like a love story, and more like a book about the relationship of the artist and his muse with art, about a woman’s agency within that relationship, than it does about a story of a miraculous romance. 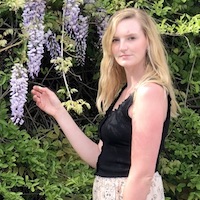 Jozie Konczal is a poet from South Carolina. She graduated in 2019 with an MFA from Hollins University and in 2017 with a BA from the College of Charleston. Her work has been featured in The Northern Virginia Review, Poetry Quarterly, Concho River Review, and elsewhere.