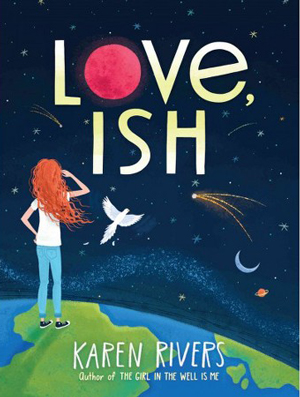 “As a planet, the Earth is mostly OK, I guess. It’s just not for me,” the titular narrator, Ish, begins. “You don’t have to try to change my mind. It won’t work! I know that there is plenty here that’s terrific. But none of it is enough.”

Twelve-year-old Mischa Love—or Ish—wants to be among the first colonists on Mars more than anything, and has applied to a program in Iceland offering this chance (and been rejected) nearly 50 times. She knows pretty much everything there is to know about Mars. When it comes to science, her convictions are strong. “Global warming is a real thing,” she tells us with unwavering certainty. “You can pretend it’s not, but that’s just dumb. It’s science.”

Love, Ish begins innocently enough; Karen Rivers immediately establishes Ish’s voice, a typical girl with occasional friend problems and an introspection and commitment to traveling to Mars that’s wise beyond her years. But on her first day of seventh grade, Ish collapses. When she wakes up, she gets news that will derail her entire future: she has a cancerous brain tumor.

Ish’s mantra, “My body is a machine,” is no longer applicable. She won’t she have the change to join a community where she thought she might finally fit in. Instead, she’s stuck on Earth in the most painful way, and she doesn’t quite know what to do with herself. 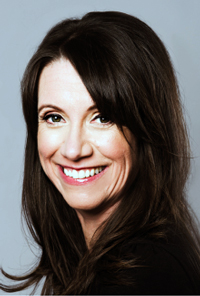 From the beginning of the story, it’s clear Ish has a penchant for lengthy, digressive stream of consciousness thought, a form that persists throughout the novel and does become exhausting. But when Ish is first in the hospital, these thoughts are more immersive. Every time she closes her eyes she dreams of the Mars colony of which she can no longer be a part. Her best friend, a boy named Tig who moved away after teaching Ish about the Mars program, is there. He’s joined by her new friend, Gavriel, the boy who made fun of her on that fateful first day and improbably ends up back in her life.

The objective improbability of going to Mars never stopped Ish from imagining a future away from Earth, but, despite her best efforts, the reality of being a “cancer kid” eventually sinks in. As Ish’s situation becomes more dire, Rivers’ writing intensifies, becoming ever laden with the type of language that suggests a sudden maturity Ish isn’t ready for. As she and her mother drive home from the hospital, Ish starts to reflect on what she is in for:

The sun is blindingly bright and the sky is endless blue and the music gets into my headache and wraps around it like vines and squeezes. The one rain shower we had didn’t do any good at all. Everything not there is just as dry as before, nothing has changed. Except me.

The last sentiment, “nothing has changed,” does feel as if it extends to the people in Ish’s life, especially as articulated by Rivers. Her mom keeps being so thoughtful she comes off as overbearing; her dad keeps making “Dad Jokes” and riding his bike to work. Then there’s Elliot, Ish’s 15-year-old biological sister she can’t get along with, and Iris, her New York City college-going adoptive sister whom Ish looks up to and loves more than anyone.

That’s about all Rivers offers about these characters. At the same time, maybe that’s just the nature of disease striking someone so young. When you’re at the age where getting along with your parents isn’t cool anymore, and your favorite sibling is away at college across the country, is cancer supposed to fix all those things? Or will it just amplify those feelings, not daring disrupt that most tedious normal?

With how slowly Love, Ish opens, it is easy to be lulled into the “feeling left out in middle school” trope that seems to initially define Ish’s existence—however, readers closer to Ish’s age will find her story immensely relatable. Rivers has nailed the middle school voice, which makes the progression of this story all the more poignant as Ish faces something even more frantically unknown than being the first girl on Mars.

Love, Ish solidly puts readers into the body of a girl whose lifelong dreams, like the fluctuating distance of Mars from the Earth, are creeping farther and farther away. Between Ish’s vivid dreams and her often lonesome real-life interactions, Rivers skillfully brings readers on a journey of maturity, heartbreak, and, yes, love, that they will not forget. 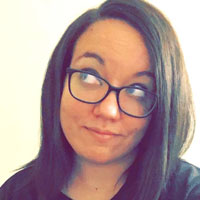 Christine M. Hopkins is a student at Iowa State University, where she studies journalism and English and serves as nonfiction editor of the undergraduate literary magazine, Sketch. She is also a member of the Iowa State Daily newspaper editorial board and consults at the campus writing center. In 2012 she received her first bachelor’s degree in psychology from the University of Iowa and is told all the time that she should combine her journalism and psychology degrees in questionably creative manners. She originally hails from Northern California and currently lives in Des Moines.