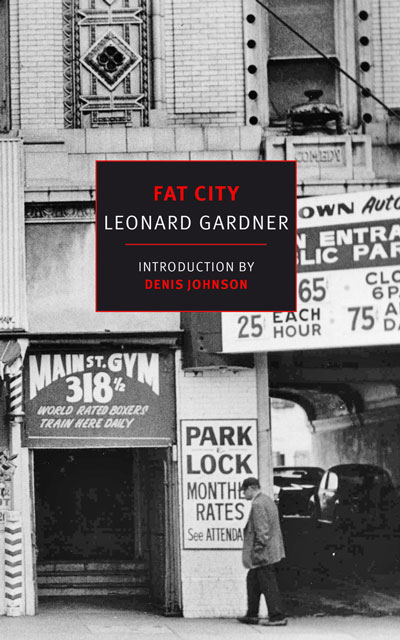 We steal. Writers do. A good writer is a magpie, searching other people’s sentences for something that glimmers. A good writer reads with a jeweler’s loupe. Close reading, and the willingness to borrow shamelessly from other people’s works, is what differentiates the casual writer from the serious writer. Very serious writers find other writers’ reading lists, and read them. And then those writers’ lists, their influences. And so on back. Read up the chain. Understanding what a writer reads, and how they read it, can give deep insight into the craft of storytelling. But getting inside means finding the book that matters most; the one that changed everything. Fat City by Leonard Gardner is one of these. It’s cited as a major influence by writers like Denis Johnson and Joan Didion. Ever heard of it? Me neither.

Like its main characters—two perpetually out-of-luck boxers—Fat City is the best book you’ve never read. It resists hype in a way that’s refreshing. In an age that lives for the reboot—J.K. Rowling’s return to YA fiction, Harper Lee’s lost manuscript, yet another volume of the Game of Thrones series—this slim, unpretentious novel comes from an era when fiction did not have to be flashy to be read and respected. The trim sentences create neat sketches of Stockton, California and the fly-by-nights who clutter its gyms, weekly hotels, lunchrooms, and dark bars.

Gardner’s restraint is reminiscent of John Steinbeck, whose novels Cannery Row and Tortilla Flat dignified the shallow, unhappy lives of the vagrants of Monterey, California. Published in 1969, Fat City makes no allusion to its period in history. There’s no mention of the massive social changes taking in America in the late 1960s. There’s no talk of brotherhood and equality, either. Gardner’s characters become equals when they enter the boxing ring; otherwise, they go aimlessly from tomato field to short-order station, passing time until they can get in shape for their next fight. 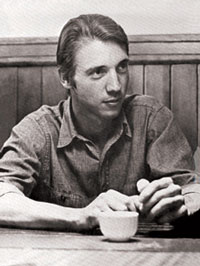 Ernie Munger and Billy Tully, though at different points in their boxing careers—if you can call such disappointing feints a ‘career’—have one thing in common. They can fight. In fact, it may be the only thing they can do. Ernie, at 23, and Billy, newly 30, both possess the singlemindedness that enables some people to map the shores of undiscovered continents or build powerful cameras that explore the reaches of outer space. They can punch, and be punched, and while they’re in the ring, everything makes sense. Then, the world is the right size, and all they have to do is win. After a fight, “Tully was free of the sense of impending ordeal that had been with him for weeks. He felt whole, self-sufficient, felt his life had at last opened up and that now nothing stood between him and the future’s infinite possibilities. Already he was moving into that unknown and it was good, because it was his own life, untrammeled by any other.”

His problems are waiting for him, however. The problem isn’t with the fight; it’s the lack of fight. Filling the problematic time between matches takes each man further from the ring. Neither can seem to apply the same dogged determination in any other part of his life. Ernie and Billy make half-hearted jabs at being good husbands, fathers, employees. Of course, any investment in those other things will take them out of the ring—and any success in the ring will take them away from the rest of life. Their talent evaporates, leaving them sullen and disappointed.

Billy Tully’s half of Fat City is especially dark. While his early track record looked promising, he was momentarily flush, but things rapidly go against his favor. 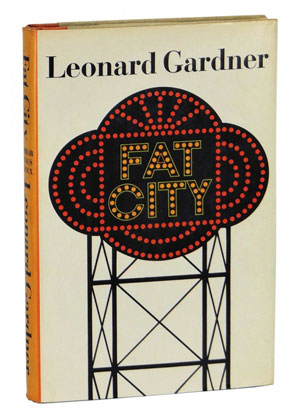 “He had not realized the ability and local fame he had then was all he was going to have … ,” writes Gardner. “After six months, he fought once more and was knocked out by a man of no importance at all. Then he began to wish for someone who could give him back that newly-wed wholeness and ease, but it was a feeling he could not find again, and he knew now that his mistake had been in thinking he could.”

He loses a job driving a truck, and another one at a box factory. He drinks too much. He finds women who drink like he does, and makes his money topping onions in the fields outside Stockton. He sleeps in doorways when his hotel rooms change their padlocks. He’s perpetually confused about how he’s fallen so far; how his life got this way. Ernie, at the beginning of his downward trajectory, has yet to taste this kind of bitterness, but it’s coming. We know it’s coming, from the moment he’s laced into his gloves. We feel sorry for him.

Fat City is a story that sticks tight. It’s Gardner’s only novel, made into a film by John Huston in 1972. Gardner went on to write for NYPD Blue, and his work has appeared in The Paris Review and Esquire. He is a former Guggenheim fellow, a native of Stockton, and one of the more gifted writers working today. Read what he reads. Steal from him. Steal it, every last punch.