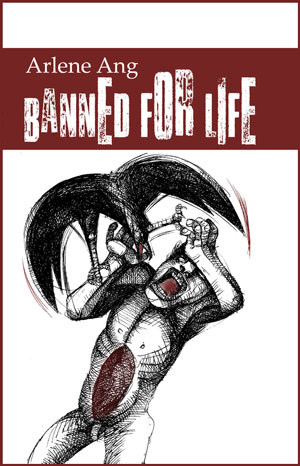 Arlene Ang’s Banned for Life is obsessed with bodies, especially dead bodies. In fact, there is a reference to a corpse in nearly every poem in the first section and in many cases the corpses are literally present. And in the poems that do not have corpses, death is often not far or on hold. In “Mountains,” for example, the subject of the poem is referred to simply as “the body:”

With both hands, the body touched
itself where the physician
lingered with the stethoscope . . .
on that part where everything went wrong.

The “body” of “Mountains” might be the mother figure of the next poem, “To Sweat,” who has cancer. In these poems Ang demonstrates how the ravaging power of a disease like cancer can trap us inside our own bodies or reduce our humanity to its component, material parts. 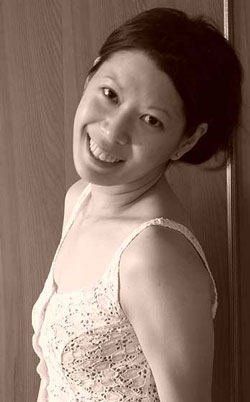 In the third section of the book, when Ang returns once again to her bodies, she develops the notion of dismemberment overtly. In “Rediscovering Paris Through Female Body Parts,” a woman is carved-up like a city map. This part is the Seine, another the Louvre, another Notre Dame, etc., and at first it seems like an overt critique of the woman-as-object position of the western love poem tradition, especially the kind of poem that reduced women to one piece of their bodies: “You ask if she is comfortable being split/ into parts.” But Ang does not stop there. She does not let us luxuriate in the figurative but instead anchors the image in the concrete: “The chainsaw is plugged; she dozes off.” What begins simply as a poetic conceit becomes something more sinister—a sadistic, torture/murder of a woman.

In fact, it is this practice of “concretizing” her metaphors that stops me from describing the book as merely macabre, though the term is still apt. The book is loaded with images of death and cannibalism and many other grotesqueries of the macabre, but there is something about the poems that keeps the grotesque in check. For example, in “Cockfight” the speaker described a wedding cake as a flytrap. In isolation, it’s an interesting metaphor, to say the least, however, when paired with the next line, “We could get worms for this,” it takes on a whole different function because now I am not trying to decide how a wedding cake and a flytrap are “like” one another, but what a flytrap would actually taste like or how one would properly prepare one so as not to get worms.

There are many references to worms in this book, which are, of course, traditional metaphors for death, but by focusing on the simple act of ingesting, the distorting powers of the figure are limited to the context of the body rather than expanding into the abstractions of allegory often associated with the macabre. We see this same thing in “We Begin the Day with Two Female Corpses.” The speaker says, “The body is a prison uniform.” Again, we are presented with a powerful and stark metaphor, but the command that follows, “Get rid of it,” literalizes the figure in the same way the worms image did above. In both cases she resists a possible too-easy fall into abstraction.

Ang keeps the bodies coming throughout the book, continually providing novel perspectives and takes on the idea. Two late poems, “Behind the Locked Door” and “After the Flood,” are of particular interest because they allude to the Book of Enoch—an apocryphal text found in the Dead Sea Scrolls. In “Behind the Locked Door,” for example, the mother figure references the archangel Azazel, who, according to 1 Book of Enoch, was a member of a rebellious group of angels called the Watchers who came to earth, copulated with mortal women and gave birth to the raging giants, the Nephilim. God, enraged by the evil these angels and their giant progeny were causing, sent the flood to rid the world of the Nephilim. Azazel in particular was said to have taught men how to make weapons and wage war and women how to deceive and use sorcery. In keeping with this idea, the mother compels the speaker to “sing/ the Mass backwards” and “eat/ the dog entrails she chops into my cold tea,” which is clearly a reference to black magic.

In “After the Flood,” which may be or may not be the biblical flood, Ang dramatizes the aftermath of the disaster from the prospective of what at first appears to be a group of surviving humans: “For days we floated from our homes, / then we came to a stop. The mud buried us.” They content themselves with eating worms and the limbs of lizards. “If only we could regrow our hearing or skin,” they lament. It’s as if they are attempting to transfer to themselves the lizard’s regenerative ability by eating it, like eating the heart of a conquered foe to gain his power, but the ability to regenerate does not cross the species boundary. When they manage to capture a lost girl, they “ate her arm to make it grow back, / but were met with only more sorrow.” What is revealed at the end of the poem, however, is that these people are not survivors at all—they are the dead who “[l]ike the living . . . cannot let go.”

Banned for Life, for all its dead or diseased bodies, is very clever and full of charm. It’s not an apocalyptic text at all—not a surrender to overwhelming catastrophe—but it does not flinch at its own insides either. If not exactly a work of joy, it is a work of complex wonderment where, on the one hand, “This is possession” and on the other, “This is letting go” (“The Hand in the Specimen Jar”).