WHAT WILL GROW YOU UP REAL FAST, HE SAID
by Will Schick 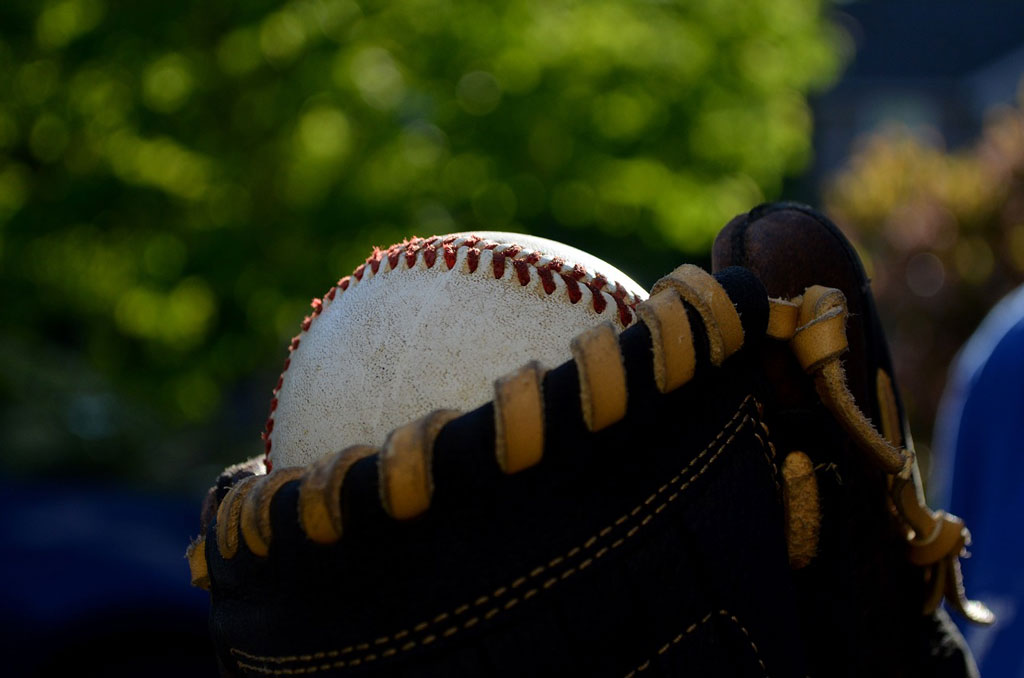 “What will grow you up real fast,” he said, “is doing Little League for twenty-some years.”

I waited for the punchline, but Norm kept on talking.

I gestured to the waitress to pour me another cup of coffee.

A man dressed as a rooster, mask and all, was in the parking lot doing the worm, the moonwalk, the Bernie, twirling a poster board shaped like an arrow with the words “Super Pollo Rico” printed on it. I thought, What’s this Rooster Man doing out there? He should be on a professional dance team or something.

“When you’ve got a house with a kid in the suburbs, and your wife says, ‘We should sign our boy up for T-Ball,’ so you sign your kid up for T-Ball. You’re up there on the bleachers and it’s cold and raining, and your kid can’t hit the damn ball for nothing. And the last place you want to be is at this park on the cold metal benches, but you smile anyway because that’s what you’re supposed to do. You sit back and try and relax and sip on the bit of whiskey in your mug.”

I thought, Man, is Norm really going to make me sit through another one of his stories?

“And then the kid goes on to play in fast pitch games, so you start volunteering to coach.

“Every night after dinner you’re out in the yard playing catch. There’s baseball camp in the summer, trips to Cooperstown to see the Baseball Hall of Fame, and those stupid little Topps baseball cards you buy.”

A woman in a decrepit station wagon pulled up to Rooster Man and said something that set him off. He threw down his rooster mask screaming, flailing his arms like a literal chicken with its head cut off, kicking the USMC and OIF stickers on the bumper of the car before it skidded out the parking lot.

Then he started crying.

I turned back to Norm, who was blabbing on about T-Ball or something.

“He makes varsity pitcher and takes the team to all-state and nationals. Because, you know, the town you’re in is just one of those places that always wins. There’s college scouts and they want to send your boy to school. You pack up your station wagon and head out to tour them. You don’t want your boy to be strapped for cash while he’s studying and playing ball, so you send him money every month. You call and ask him if he’s doing okay. Every now and then, you drive up to his school to watch his games.”

I didn’t want to listen to this shit. Norm was being Norm and I knew the story could go on forever. I looked out the window. Rooster Man was trying to break the poster board, holding it over his knee, cursing like it was taunting him.

I texted my girlfriend. I figured maybe I’d check this Super Pollo Rico place out, maybe I’d get us something on the way home tonight. “Chicken tonight, babe?”

“And then right when your boy is about to graduate, your wife gets sick with something the doctors say is no big deal. But it is a big deal, and when you find out about it, it’s too late. And they apologize to you, but it doesn’t matter, because she’s dead. Your savings are gone, you’ve lost your job, you’ve got a leak in your roof, and groundhogs are starting to eat up your lawn. And when you think things can’t get any worse, your son refuses to talk to you.”

My phone dinged with a message. “Chicken sounds so good :)”

It was only 7:30 and Norm was on about this cancer story again. I wanted to say, Jesus, Norm, who doesn’t have a sob story? I mean, I lost my mom to cancer when I was 12. My dad kicked me out my house when I was 16. At least your son’s still around even if he doesn’t talk to you. Get over yourself, Norm. But I didn’t say anything. I let him go on.

“The kid says you were never really there when he was growing up. He starts to listen to your crazy in-laws. They say stuff to him like, ‘Your father’s the one who killed your mom’ because they think your insurance was shit. They blame things on your drinking, and all your son remembers are the few times you got drunk and said some stuff to his mom when he was a kid.”

“Yeah. Like drinking’s a crime, right?” I said. Maybe if I changed the subject, I could point out the drama going on in the parking lot. But Norm looked past me and kept on talking like he always does.

“He forgets all about how you used to coach his baseball games, the time you spent with him in the yard, the things you did to make him happy. But you don’t complain, you don’t fight. You loved his mother, and you love him too. And because he’s your only family, you decide to just plow on.”

I thought, Man, Norm’s really trying to get me to feel sorry for him. At least we aren’t outside twirling a poster board for money. We have real jobs. If there’s anyone we should feel sorry for, it’s that Rooster Man.

Norm’s phone finally buzzed with the address for the bathroom job we’d been waiting on.

“Time to go, kid,” Norm said. We got up from the table and paid our bill.

“Hope you get to connect with your son sometime,” I said.

“He died a few years ago back in Iraq.”

I’d been working with him for six months now. It was the first I ever heard him say anything about his son being dead.

I figured I should say something, but Norm was out the door, on the way to his truck. I followed him to the parking lot and climbed into the cab.

“What you make of that guy in the rooster outfit?” he said.

He turned the key in the ignition.

“That’s the kind of shit that will grow you up real fast,” he said. 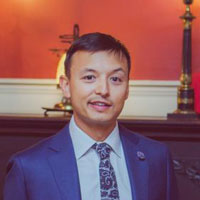 Will Schick is a Marine Corps veteran and current MFA student at American University in Washington, D.C. His work appears in a variety of military publications including the Marine Corps Gazette, the US Naval Institute’s Proceedings Magazine, and Duffel Blog. In his off-time, Will serves as a volunteer writing group leader for the homeless.