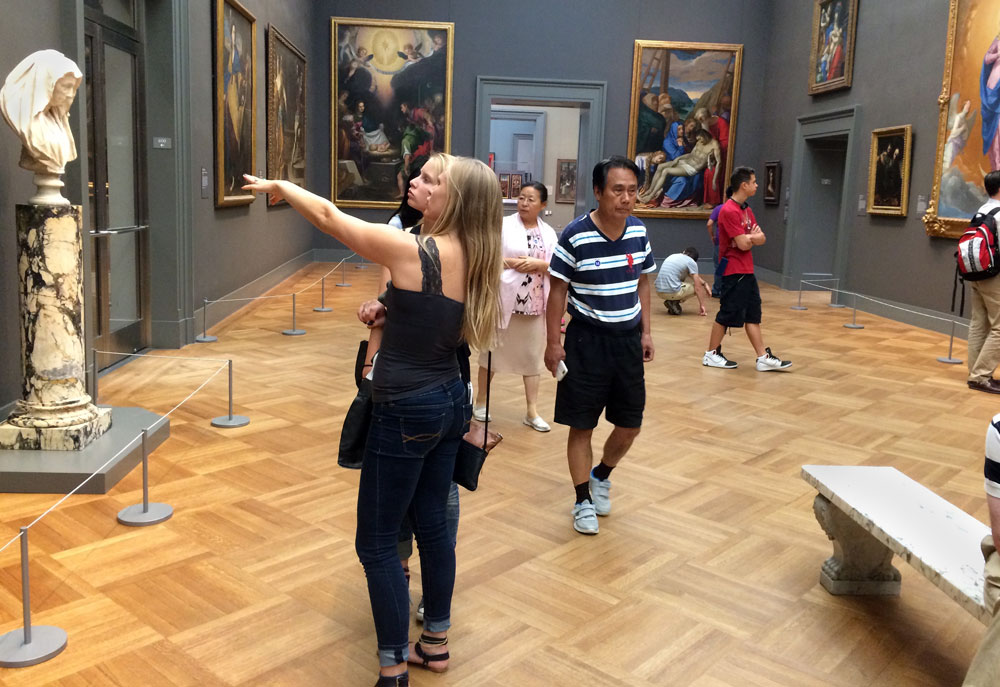 THE AIRPORT AND THE MUSEUM
by Laura Tanenbaum

Behind me men came out of the luxury lounge. More porn; more banality. They twitched under their rings and slick hair making their way to the first-class line. Last year a company spent ten million dollars on an innovation that found an extra centimeter of room for first-class legs. They had a team of engineers and they all cheered, threw a big office party in honor of the centimeter. I read this in an airport in the special travel issue of The New Yorker. It was right before an article about migrants dying at sea and the European coast guards turning them away. A sentence came into my mind: “I tremble for my world when I remember God is just.” I thought someone righteous had said this but I looked it up later and it turned out to be Jefferson. First I thought, how strange a slaveholder said it. Then I thought, of course a slaveholder said this, they would know.

I didn’t mind the pat down, really. I wouldn’t have minded the machine either, but I liked the gesture of opting out. It had been a long flight and I’d slept through the beverage service so it was the first decision I’d been asked to make in almost half a day and it seemed important to remember I still knew how to do that, how to make decisions.

Rachel says I give my son too many choices—she read one of those “serious” popular books about the brain and how choosing makes us miserable. Supermarkets were the big example. It made sense: when I felt buried it wasn’t tiredness or boredom but the tick of possibility. A child’s voice calls you. Answer right away or take a breath? And then you tell a story: bear or beast? Airplane or rocket ship? What will you name the trains?

My family picked me up and we went straight to the museum. I was still in docile traveler mode so I half-expected the guards to ask me to spread my legs but they just handed me a little neon pin to put on my jacket.

When my grandmother was alive we came to this museum a lot, just the two of us. She liked the rooms where no one went. We’d be alone with the ancient mosaics and tapestries, just her and me and the guards. She’d talk to them sometimes because she was like that. We liked the cases of coins, the bronze earrings. I said, they’re only in the museum because they are so old, but I was faking my cynicism and she knew it because she would smile and say beautiful, beautiful no matter what. The year she died I saw some exhibit where they asked guards to talk about works of art that had been stolen from the museum where they worked. Did they miss them? I wondered whether we would miss the guards if they weren’t there, if they came up with some kind of invisible electronic. But there were no invisible barriers and no strip searches, just the same kind faces who stepped forward once an hour to wave back overly enthusiastic gesticulators.

Today everyone was behaving, more or less. Children no bigger than mine circled the statues and threw themselves on the couches. The usual search for something to say, the usual lists of the expensive and the famous, of which famous expensive ones were done by men who were terrible in which kind of way. The word mistress wafted by, then concubine.

No strip searches and no metal detectors, no mirrors. Not even a bin to dump your liquids. How had I never noticed this before, how they let us right up to the million dollar pigment with only ghosts to protect them? Someone said something about this or that ghost and how many women he’d had and what each dead woman had to do with which color of million-dollar pigment. Whoever is saying this, whether it’s a beautiful boy to someone he kissed on the way in or the most beleaguered mother, it’s certain that no one can stand the sound of anyone else’s voice.

“Ah! The rabbi!” My mother stood in front of an old familiar face. The card said he was a beggar, that the painter gave him the rabbi’s clothes and asked him to pose when the real rabbis weren’t available for the task. I thought of the homeless men in Utah posing as the disciples because in Utah only the homeless have beards. I thought of the beggar going through security, pleading for his shoes and his last sips of water. I took a drink and touched the coins in the pocket I hadn’t been asked to empty. 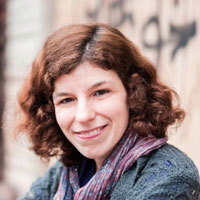 Laura Tanenbaum is a writer and teacher whose fiction, essays, poetry, and book reviews have appeared in publications including Jacobin, Narrative, Dissent, failbetter, Monkeybicycle, and Open Letters Monthly. She teaches creative writing, literature, and composition at LaGuardia Community College, City University of New York. Her blog, The Golden Notebooks, which discusses feminism, left politics, teaching, and parenthood can be found along with her other writings at lauratanenbaum.org.