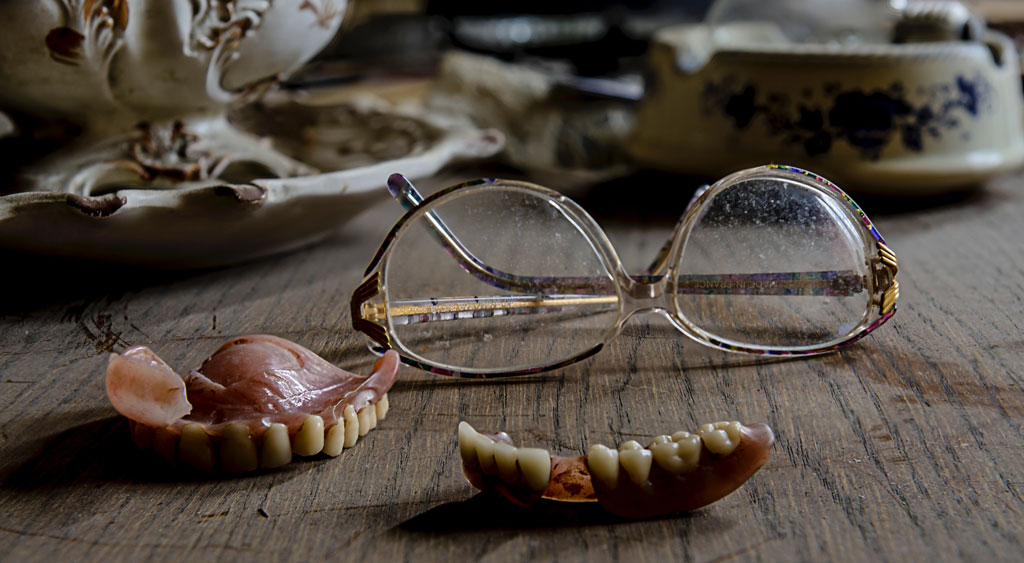 He started with her teeth because he was sick of the expensive foods she’d eat: crusty breads, chewy steaks, stubborn fruits bitten off their pits and stems. When he first told her, she was outraged and not at all compliant. But he knew her better even than she knew herself. She would come around, and she did. She was in pain for weeks but never complained. They ate soup three times a day and saved about fifty dollars a month.

Then it was her hair, which wasn’t such a big deal because there’s no pain in getting rid of a person’s hair. To her, though, it was a big deal. She had a wide, meaty face, and used to hate the people who complimented her hair. Ugly women always get compliments on their hair, she would say. Which was true, but hers really used to be something. Heavy and permanently glossed, fiery black. It was only in the last few years that it had started to go gray at the roots and front—its heaviness pulling it down so much that her scalp, white from never seeing the light of day, began to show. Now, she spent hours soaking and treating it, and many dollars on the products that soaked and treated. When he took out the scissors, she cried and shook her head. But once he started cutting, he noticed something, and she probably did too: the weight was gone. She held onto him that whole night, as though she feared, in her new lightness, that she might float away.

It got easier after that. When he suggested that it was time for her eyes to go, she didn’t argue. Looking at everything around them only reminded her of what she wasn’t—what she didn’t have. When he plugged her ears, she stopped hearing what people said as she walked by. And when he took away her legs, she ceased to walk altogether.

By the time her mouth was forever closed—when she not only didn’t say “no” but couldn’t—he wondered, briefly, if he had gone too far. It was then that he remembered her teeth. Once, at the dentist, they told her that she was brushing too hard. The dentist pulled up her lip and showed them how her gums were worn down. They both gasped at the exposed root of her tooth, and he saw that beneath her gums and skin, she was no more than a skeleton. Everyone was. They didn’t need to be reminded of that every single day for the rest of their lives. He convinced her using money, but she stuck with him because she, too, preferred a life without fear.

With eyes and ears gone, arms and legs sliced off, teeth and fingers plucked away, she spent a lot of time alone with her thoughts. She didn’t care about saving money, nor did she prefer a life without fear. Her body never frightened her the way it terrified him. What she wanted—what she worried about awake and dreamed about when she managed to fall asleep—was him. That was all. She couldn’t see his face or hear his voice, but the air changed whenever he walked into her room. She felt it, knew he was hers, and that was much more than enough. It was perfect. 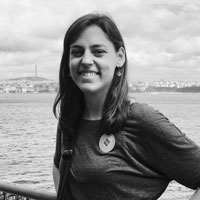 Claire Stamler-Goody is a writer, scientist, and photographer living in Chicago. Her previous work has appeared in TIMBER Journal, Birds Piled Loosely, and Linden Avenue Lit. She can be found on Twitter @cstamlergoody.