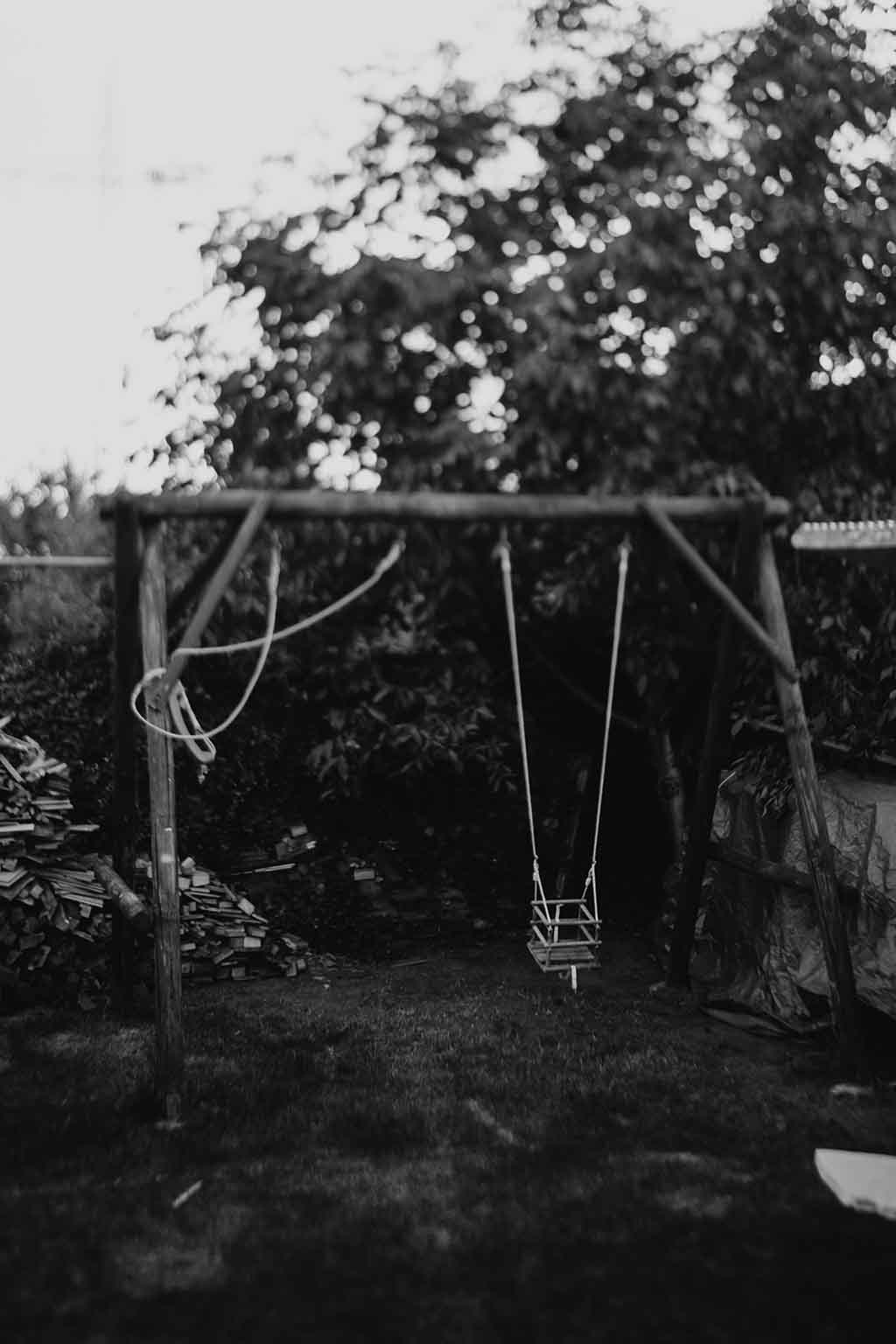 I want an easy swing, that parabolic arc over grass, weeds, garter snakes, grubs, snapping turtles, beer cans, rotten logs. My legs out, my head and chest back. My arms taut. My thighs and ass pressed against the ball of rope: extending joy. I want that stomach lurch and gravity unease; blood shivers. I’ll land and wave to the one who pushed me, and I’ll climb back up the hill or out of the water toward that woman I’ve dreamt of so often. My REM time melts into her: strange visions of roads illuminating before us as we ride our bicycles in the dark. Is she dead, too?

We drink cheap wine stolen from Safeway and that woman—she has many names—will scratch her initials on my skin with a rock. Not deep, but enough to see later, before I rub myself to sleep. I’m seventy-nine. Can I admit to that rubbing? Older people who seek pleasure might have their hands tied to the arms of wheelchairs. So they rock back and forth. Maybe they drool. Maybe they moan. We don’t ask why. No one’s told me what’s appropriate now. I’ve been to more funerals than strip joints. I can’t ask my doctor. The only one who’s touched me recently was the nurse, but she stopped those friendly pats once I asked too many times to touch her hair extensions. I try to be friendly and culturally relevant, but I’m off the game. Can’t call anyone a turkey. They wouldn’t know what I meant.

To be a lover of the dead ones.

My last stripper friend died or stopped answering emails. (I should check—we do that now, in our seventies.) I’d wanted to co-write an advice book with her. Her thoughts on “basic dick.” How her vagina is hers. How she walks to demonstrate her dominance. The stripper mystique. No one will rub her velvet dress in a disco without her permission. I let strangers touch me. It’s how I was raised.

That swing: that cleaving from ordinary burdens. I present to clouds, to dirt clods, to the sun that I once believed saw me: spidery veins and rubbered skin. My crooked teeth. My barking laughter. My white roots showing through drugstore black. Something unseemly about the old. The flesh museum.

My age spots. My creaks. My slowness. My brain works like spongy brakes. I need more time for things to make sense, to remember the right word. Climate change is a useful topic with younger people. They want to talk to me, now that Roger’s dead. I took the gazelle rug to Goodwill after one made a fuss in an interview. The ivory-handled cheese knives went, too.

I sit across from Teddy, a man I’ve hired to go through my dead husband’s correspondence. We are in a booth, and the vinyl sticks to the back of my legs. I’m wearing a skirt that’s too short. We got so many clothes in the mail from groupies. I was too cheap to throw them out, but I did donate a lot to Goodwill. It’s embarrassing, what women send. Those stained thongs? The thing about aging: I lost weight. I can fit into the miniskirts, the fringed vests, the rayon jumpers. Most still have a faint scent. Roger always came home with some new odor. The suitcase reeked.

I hired Teddy because he’s handsome, but he’s off. I’m not into perfection. I like off-brand. Always choose the drummer, never the singer. That’s my motto and it’s served me well. Look at me now: I’m financially solvent. Penicillin solved the road romance and tour disease crises, or I insisted that Roger wear condoms. God, who cares now what he did or didn’t do. His ashes are on the bathroom shelf by his dentures.

Teddy, across from me, tells a story while driving French fries through catsup. He offers me a French fry. I shake my head no and sip my herbal tea. It’s about that childhood reckoning. He found maggots in a Hostess Ding Dong at the back of the cabinet, and at first he believed they were Rice Krispies. “I thought,” he says, “the world isn’t what it seems.” 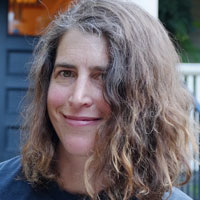 Alex Behr’s writing has appeared in Tin House, The Rumpus, Salon, and elsewhere. Her debut story collection, Planet Grim, was published by 7.13 Books.