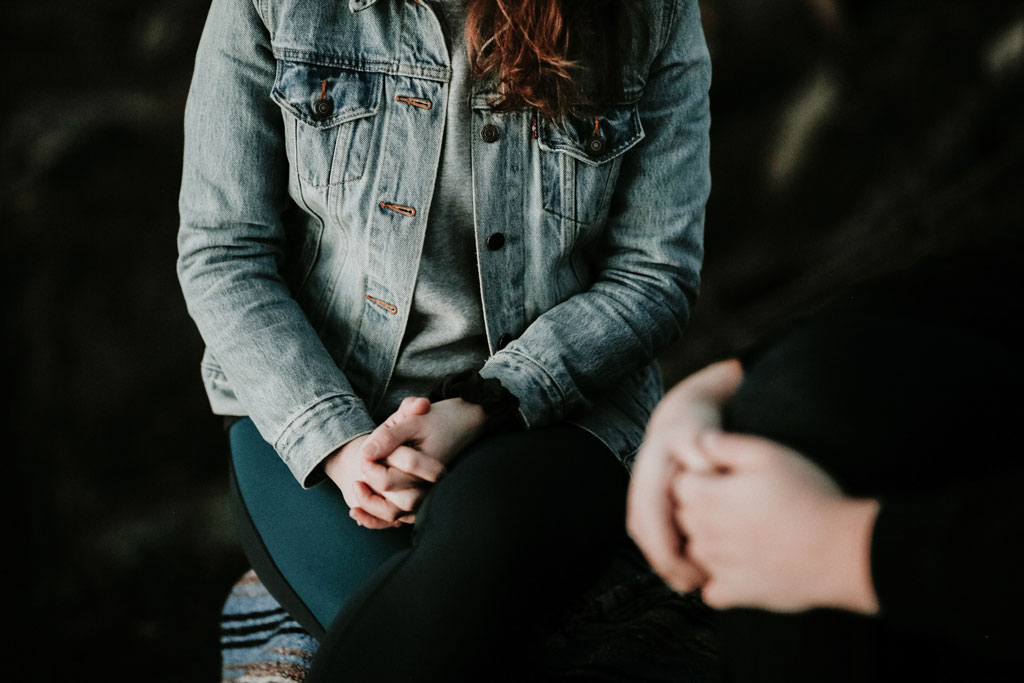 The other night I was waiting for my daughter to finish a class. The father of a classmate sat beside me and we chatted about this and that. “How’s work?” I asked, and he began to tell me that he’d been driving his bus one morning when a man ran onto the road and jumped into his path.

People tell me things.  I meet people I haven’t seen in a while and ask them how they are and before I know it, they’re telling me their kid has been expelled from school or their husband is in an existential funk.

They tell me about friends dying and sons selling weed; about partners cheating and children lying; about crises of faith and black nights of the soul. They tell me how hard life is and sometimes, the brave or deluded ones, tell me how lucky I am not to have such problems.

People tell me things.  I meet people I haven’t seen in a while and ask them how they are and before I know it, they’re telling me their kid has been expelled from school or their husband is in an existential funk.

I don’t ask for these revelations, at least not consciously. I’m not the type of person who instinctively knows the right thing to say when I hear something painful or traumatic. Nor do I cry in public. I’m more likely to think of a comforting remark hours later; more likely to cry in private, days or even weeks later.

Instead, I sit quietly and awkwardly, blank-faced, too dim-witted to head off a confession, too polite to be rude, and people take my silence as encouragement and tell me things.

I work in adult literacy. This year, I have two especially weak students. When I ask them how their week was or what they did at the weekend, they can’t tell me. They cannot tell a story.

Last week I sat in on a therapy session. The therapist had a stack of twenty picture cards. She put the cards on the table one at a time then read an accompanying story from a script. When she’d finished, she asked my daughter to retell the story using the cards as a prompt. My daughter  went through the cards one by one, but when she came to the last card, she ran out of steam.

The therapist looked at my daughter expectantly and my daughter looked at the therapist. She knew something more was required, but couldn’t think what to say. Then, in a moment of inspiration, she smiled, and announced, “They all lived happily ever after.”

Once I was at a parent-teacher conference and my daughter’s teacher broke down and told me her three children were going blind.

I’m not sure when I realized I didn’t just want to listen to stories; I wanted to tell them, too. Maybe it was when I was living in America. I was going through a stressful time and decided to see a therapist. I sat and talked about myself for an hour every week, and the therapist was a perfect audience, interrupting only to tell me we were out of time. I enjoyed telling my story. I played around with it during each session, adjusting the mood, the plot, the payoff. Nothing really changed in my life, but I took great pleasure in being a storyteller, once a week for one hour, until my insurance benefits eventually ran out.

The first time I told my story to a stranger was in the waiting room of the emergency department at a Cincinnati hospital. I’d gone there, pregnant and bleeding, naively believing in the power of medicine to halt the inevitable.

When the doctor shook his head and finally discharged me, I stumbled into the waiting room. A woman approached and put her hand on my shoulder. She was older than me, in her forties, perhaps, and had a kind face.

“Are you ok?” she asked, and her unexpected gentleness had the force of a battering ram. I told her everything, right there and then, the words spilling out of me in great, heaving spurts. She grabbed my hand and began to pray, asking Jesus to welcome my baby into heaven, to comfort me in my hour of need. And as she spoke, I grew more and more distressed, not because I’d told a stranger about my miscarriage before I’d told my husband (although that would haunt me later), but because the stranger had misunderstood me so completely. I had no belief in Jesus, no concept of him rocking my baby to sleep, no concept of a baby at all. The stranger had it all wrong.

I had told my story too soon. And I had told it to the wrong person.

I don’t have much of an imagination. I don’t mean I can’t enter into imaginative worlds or respond imaginatively to life or art. I mean I can’t make up stories. I can only tell stories that have already happened, that I’ve already experienced, which would be fine, except nothing happens in isolation and every story involves someone else.

Years ago, one of my children was very ill, and spent months in the neurology ward of a large hospital. I stayed at her bedside all day, and every night after she fell asleep, I’d make my way down the corridor to the parents’ dorm where I’d crawl into bed, exhausted and frayed. One night I walked into the dorm and saw a woman I hadn’t seen before sitting on the edge of her bed. I said hello and she looked at me blankly.

“My daughter has cancer,” she said, and I sat down opposite her and listened.

I read a first-person account of a woman’s destructive behavior. The writing was harsh and forensic and probably cathartic for the writer. But the story she recounted included her betraying her husband, a man that she insisted was kind and blameless. I wondered how he felt about her public account of their marriage and break-up.

When does being honest and unsparing with yourself become a further betrayal of others?

Every family has its stories. Some are good and fine and admirable. But others are grubby and distasteful. Who has a right to tell these stories?  And what responsibilities does the teller have in telling them?

Every family has its stories. Some are good and fine and admirable. But others are grubby and distasteful. Who has a right to tell these stories?  And what responsibilities does the teller have in telling them?

My nephew was involved in a serious car crash. He was driving on a country road late at night and his car left the road and hit a tree. The car was a write-off and my nephew was lucky to escape with his life. My brother, my nephew’s father, told the story over and over again, showing us photos of the mangled car. As he repeated the story, a hint of admiration entered his voice, a hint of excitement. “Look at the car,” he told us. “How did he ever get out?” The story is on its way to becoming a great adventure in this father’s mind, a great escape, but a different narrative runs through my head whenever I see the photo.

I have a story. Some of it is mine alone to tell; some of it belongs wholly or partly to others; and some of it is so intertwined with stories I’ve read or been told that it’s impossible to know where one begins and the other ends. It will require patience to untangle everything. To decide how I should tell it, or if I can tell it.

Once upon a time, there was a woman who lived with her husband and four children in a nice house on a nice street. One day, the woman looked at her family and asked: “Who will tell our story?”

“Not I,” said the youngest girl. “I don’t have enough words.”

The woman looked around her crowded kitchen and took a deep breath. “Very well then,” she said. “I’ll do it myself.” 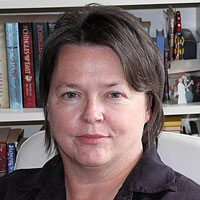 Aileen Hunt is an Irish writer with a particular interest in lyric essays and compressed forms. Her work has appeared in various print and online journals, including Hippocampus, Sweet, Entropy, and Compose. She is currently working on a collection of historical flash fiction. You can read more of her work at aileen-hunt.com or follow her on Twitter @HuntAileen