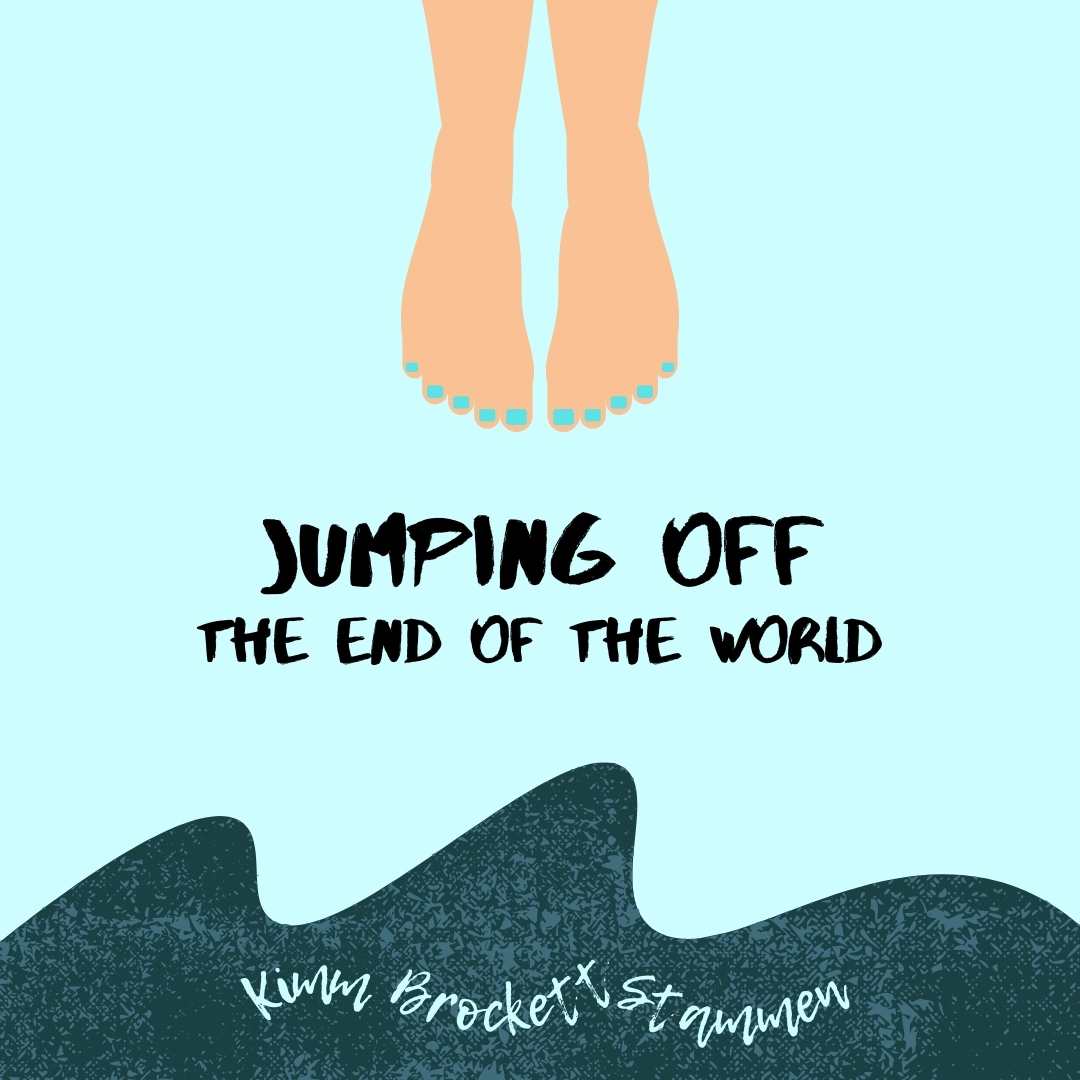 JUMPING OFF THE END OF THE WORLD
by Kimm Brockett Stammen

Five years ago my niece and I stood at The End of the World, an infamous diving cliff near Kualanui Point just outside Kona, Hawaii. Far below us the ravenous Pacific roiled and crashed against jutting tumbles of boulder. Charcoal clouds cast shadows over the sky. Salt wind whipped hair in our faces.

Of course she did.

When she was small, my sister’s youngest girl was the one whose pink tennies inched closest to balcony edges, who leaned farthest over the aardvark enclosure at the zoo, who skipped with the most outrageous obliviousness over the slick stones of a mountain stream. Throughout her childhood she was continually recovering from some accident or another; she could and had gone, without thought or warning, in any direction whatsoever. When our two families went on outings together, even though there were six wiggly kids, including my own, it was always the jacket loop at the back of Kaley’s neck of which I kept hold.

“What do you think?” she said.

She had managed to stay alive until the age of eighteen. To celebrate that, and as a companion for our daughter, who was a year younger, my husband and I had brought her along to The Big Island for a week of vacationing. I looked down at the black waves smashing into wicked white shards. Kaley was now a legal adult; I couldn’t really stop her. What was more to the point, she had undressed as she spoke and was now wearing only a bikini and a towel. There was no jacket loop I could grab.

“I think if I lose you off the end of the world your mom will kill me.”

To get here we’d driven until we were sure we were lost. Wound down a narrow road etched over swaths of hardened lava so lean it looked as if wind had blown itself here and solidified. Screeched to a stop in a puff of gravel parking lot, then climbed over razor-sharp boulders until there were no more to climb. Ahead of us now was absolutely nothing but the sea. I stood, at an end and a beginning, imagining I could see the curve of the earth.

To our right, on a flat rock jutting out over the plunge, a darkly muscled young man prepared to dive. He glanced back towards a group of others who stood shivering, waiting their turn. He gathered himself, focused, he leapt. Arms pointed skyward, then curved in a parabolic arc downwards, and with a silent sluice the ocean swallowed him. Waves crashed against rock, recoiled, and then smashed again into more incoming waves. After an age a dark head popped up. The young man whipped wet hair from his eyes, exultant, and began clambering back up.

“Go ask that guy for pointers,” I said.

The drop at The End of the World is, I learned later, only about 35 feet high, which looked plenty high enough at the time, but the distance is not actually what makes it risky. It is the unpredictable surf, which is often simply too high, and the fact that, after jumping, there is no easy way to climb out of the turbid sea and back up. The spot is unsanctioned and considered dangerous. Several people, mainly tourists, drown or are injured there every year.

I didn’t know any of that then. I knew that my niece had become an expert swimmer and lifeguarded at the city pool every summer. I knew that—unlike when she was small and leaping thoughtlessly onto horses and off moving subway cars—she had asked for, if not my approval, at least my advice. That was new.

“He says it’s a good time,” she said, coming back from consulting the dripping diver and his buddies. “They come here a lot. The waves aren’t too high now. He can dive again and then wait down there for me to go after. He says just jump out as far as I can.”

But she wasn’t. She was thinking first. Considering the risks, taking reasonable precautions. And only then propelling herself off the cliff, into adulthood.

I smiled, and she grinned back and tossed me her towel. 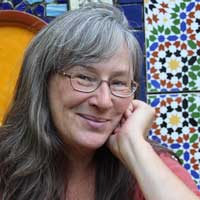 Kimm Brockett Stammen’s writings have appeared or are forthcoming in CARVE, The Greensboro Review, Pembroke Magazine, Prime Number, and many others. Her work has been nominated for Pushcart and Best Short Fiction anthologies, and she won second place in Typehouse’s 2019 Fiction Contest. Before earning an MFA in Creative Writing from Spalding University in 2019, Kimm was a concert saxophonist and spent twenty-five years performing, teaching, and touring across Canada and the US. Visit Kimm’s website here. Author photo by Emma Stammen.