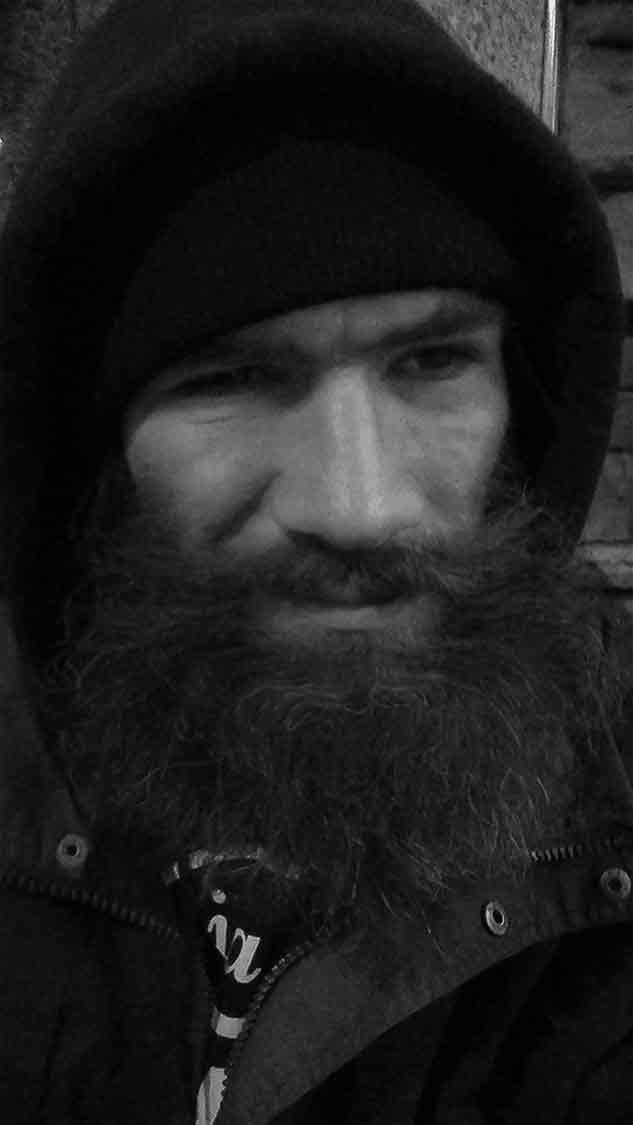 It’s a damp, drizzly November night—Thanksgiving—and I can’t help but think of Melville’s famous orphan, who sets out from this insular city of the Manhattoes, goes to sea with branded Ahab, and eats hardtack with his shipmates aboard the doomed Pequod. ■ Blinky grew up on a cattle ranch in Miami. As a boy, he spent time in foster homes, on the street. He tells me about his father—then asks me to leave him out of it. Saw his mother for the first time when he was 12 or 13, around the time he started smoking crack. Saw her again—and for the last time—a few years later. ■ Blinky met the love of his life in Central Park. He was sitting on a bench, drinking a forty. Dani was sitting nearby. Hey, she called over, can I have a sip off your beer? No, replied Blinky. “She got all huffy and puffy, started talking shit in Spanish to her friend. ‘This cracker, blah blah blah.’” After a minute or two, he said—also in Spanish—Hey, I understood everything you just said about me. Dani blushed, got flustered. “Then I told her she could have the beer.” Soon, they were dating. She’d tell him about things like Pangaea, ask him about the farm animals back home. She spoke Spanish, English, German, Portuguese. ■ Blinky eventually asked Dani to go to Florida. They spent five years there. “We used to dress up as clowns and do street performances.” What kind? “Do jokes, bug around. Shit that clowns do.” By the time Miami police found Dani’s body, she and Blinky had been together ten years. Something about her death didn’t jibe. “The autopsy says one thing, the cops ruled it an overdose.” What’d the autopsy say? “She had lacerations on the back of her head, bruises running up and down the side of her body.” His voice softens. “She was everything. My best friend…” ■ A crisp, smiling couple stops, hands us each a small bag. Inside are soaps, lotions, Oatmeal & Shea Butter body wash, a single tampon. We thank them. They move on. I look over at Blinky. “We’re gonna need bathrooms and vaginas for all this,” I say. Laughing, he pulls out a small box of Ritz crackers. “I don’t have enough teeth to eat hard crackers. Baguettes, maybe. There’s not much to a baguette. I could just eat the inside.” ■ 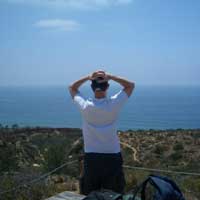 After kicking heroin in 1999, Jamie Alliotts went on to study writing at Columbia, Oxford, Dartmouth, and Iowa. A native of Oradell, New Jersey, he’s won awards and fellowships for his playwriting and essays, which appear or are forthcoming in Star 82 Review, Virginia Quarterly Review, Bayou, 40 Towns, and elsewhere. Alliotts is writing a series of stories about the horrors associated with twelve-step recovery, as well as a memoir about his experiences as a heroin addict in the U. S. Navy and on the streets of Manhattan during the 1990s.