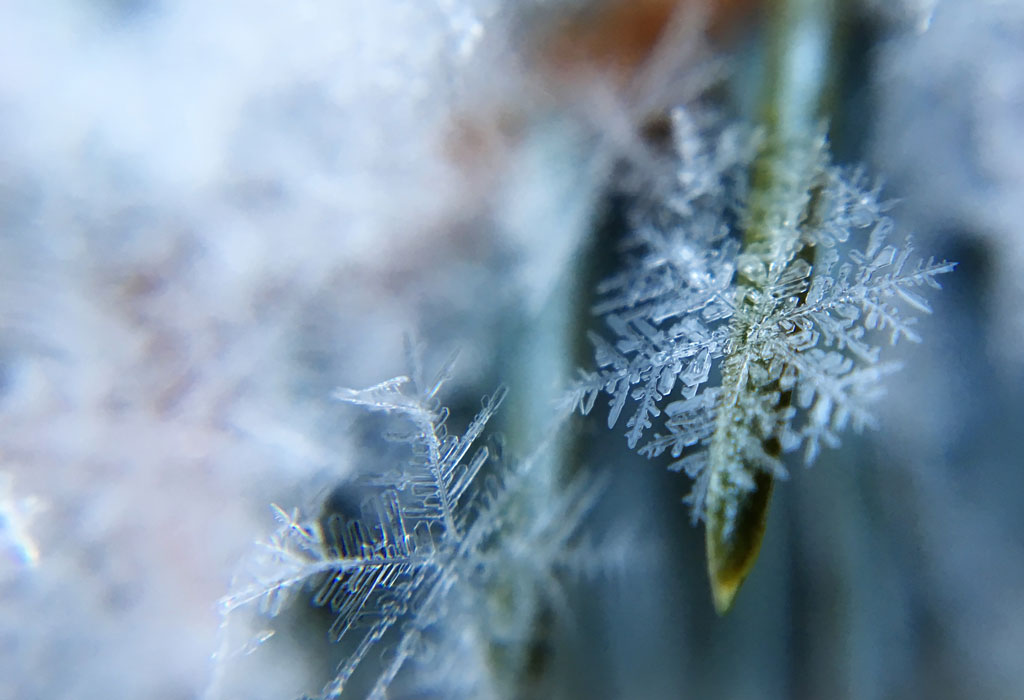 a father turns off the lights,
…loves each room for lives it holds.

On the railing of
…the bridge across the creek, wind
and sunfire scour, sculpt

Footprints in the snow:
…in each footprint lies a leaf,
in each leaf the light.

First fell the light, then snow, then
…the footstep, then leaf, then light.

to warm, let my shadow with-
…draw, let your frost disappear.

False spring: the pond thaws
…at the edges, leaving a
pond-shaped heart of ice.

The chapped corners of my mouth
…attest to advancing age.

Blazing in the night,
…fiery feather cirrus,
sword dividing the

Hard light without heat.
…Heat without light is harder,
consumption in the

midst of nothing, leaving
…the one who burns in darkness.

for Rocky, our golden Lab:

With his heat—as he
…snuffles, fails to recall, nos-
es into ever-

On a wind-ripped night
…bells at a railroad crossing
swinge back and forth:

what passes in darkness, what
…sounds long after there is need.

Where fireflies glowed, stars
…remain, but they are frost. Are
these the firefly souls?

When frost is what I am, will
…you remember me as fire?

After snowfall the field
…is a book of quest and flight,
trots, treads … ellipses,

signatures of the dragged tail.
A new snowfall: erasure.

John Timpane is the Books and Fine Arts Editor/Writer for The Philadelphia Inquirer and Philly.com. His work has appeared in Sequoia, The Fox Chase Review, Apiary, Painted Bride Quarterly, The Philadelphia Review of Books, The Rathalla Review, Per Contra, Vocabula Review, and elsewhere. Among his books is a chapbook, Burning Bush (Judith Fitzgerald/Cranberry Tree, 2010). His poem “In a Dry Month” appears in Issue No. 1 of Cleaver  and his poem “A Cricket in Washington Square Park” appears in Issue 14. He is the spouse of Maria-Christina Keller. They live in New Jersey.