IN A DRY MONTH
by John Timpane


Time says have to, time says go to a green place, a space,
a peace beyond the outskirts of earshot and streetlight
mind of barnacle-bearded whale rears, geysers
shattered water, sounds a mile past the din of fish

silence where warmth has never been. Infinitesimal
in that crush, that loneliness, those lightless

and every whale, oceans apart, judders a little.
Beyond the suburbs, where Orion glistens, all

sings and oceans of night reverberate: what is in me,
what is heavy, holds its breath, dive when the deep calls. 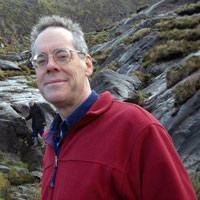 YOU ARE A POET (Even When You Aren’t Writing) A Craft Essay by Mark Danowsky In Poetics, Aristotle essentially defines a poet as someone who has “an eye for resemblances.” This is a nice reminder ... Read More
August 15, 2021

ARTIFICE IN THE CALM DAMAGES, poems by Andrew Levy, reviewed by Johnny Payne

ARTIFICE IN THE CALM DAMAGES by Andrew Levy Chax, 176 pages reviewed by Johnny Payne The traditional identification of poet and prophet is acceptable only in the sense that the poet is about as slow ... Read More
August 12, 2021

SPECULATIVE MEMOIR: MAKING THE INVISIBLE VISIBLE A Craft Essay by Laraine Herring I was eight years old when the tree spoke to me. My dad had just gotten out of the hospital after a near-fatal ... Read More
August 10, 2021