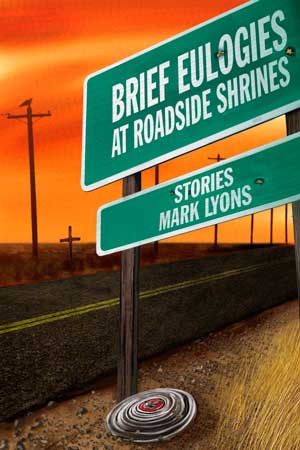 “…they just stick him in the ground with no stone, no nothin’. That ain’t right I say to myself.”

This short passage from “He Sure Do Want to Fly”, one of the many superb pieces in Mark Lyons’ most recent short story collection, Brief Eulogies at Roadside Shrines, summarizes the intent of the work precisely. With the assurance and ease of a well-worn traveler, Mr. Lyons escorts the reader on a voyage through the lonely corners of North America, erecting descanos—roadside memorials—along the way. Each story, in its own manner, is an offering to the Gods of forgotten souls, or as the eponymous hero of the story, “Arnold’s Roadside Café” eloquently states, “The Great God of Roadkill.”

The collection pulses with a tragic calmness akin to the writings of Carver or Cheever. Beneath every scene and absurd occurrence lurks a temperate sadness. While the explored themes of isolation, loneliness and death are heavy, the electric tone of the prose persistently enthralls. Here is Lyons’ energy and command of voice revealed by Blue-J, the protagonist of “He Sure Do Want to Fly,” describing a The Rancho, a rehab facility:

The Rancho: final rest stop for invalids and crips, folks what stroke out or got the multiple sclerosis, suicides what gone wrong, guy pick up a bullet in his back in East LA, some waitin’ for the cancer to finish them off. Too sick to care for they selves, nobody around to help out, and takin’ they fine time dyin’.

The melancholy spirit of the book at no point becomes tiring, whereas the same material dealt with by a lesser writer could easily have fallen prey to monotony and weariness. Lyons success is rooted in his ability not to dwell or boorishly pull at the reader’s heartstrings for cheap effect.

The strength of the first story, “Aaron’s Auto Salvage and Restoration,” quickly assures the reader that they are in the hands of a professional. The piece tells of an ex-snake-handling pastor, named Aaron, who after seeking medical attention for a venomous bite, is exiled from his congregation and takes a position as a night watchman at a junkyard. During his time at the junkyard, Aaron erects a massive cross from the hubcaps of mortal auto accidents. The story is near flawless in its design and execution—masterfully compressed in form, yet emotionally boundless.

The story that immediately follows, “Holy Rollers,” takes us into the heart of South Philadelphia, where the author displays his impressive ability to transform and maintain multiple voices. The plot concerns the pre- and post-Iraq war experiences of Nunzio—a South Philly everyman—as well as the role of pigeons in the war. Lyons presentation of Nunzio’s devastating wartime transformation and the horrors he observed are compelling and impressively researched. 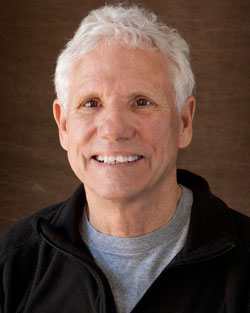 Another notable highlight of the collection is the story “Clive,” which also explores the tragedy of war. After returning from Vietnam, Jimmy is offered a job by Bernie—an old family acquaintance—as a night worker at his chicken coop. Jimmy quickly descends into mental instability and smashes a dozen or so baby chicks with a shovel. Jimmy then enters a hospital where he remains for weeks, afraid to step on the ground for fear of triggering a mine. The danger is “Everywhere: in the cornfields, on the path leading up to the chicken factory, down along the creek, the road. Where you’d least expect it,” writes Lyons. “Every time he puts his foot down, he was sure he’d hear a click of the metal firing device connecting the circuit.” Bernie attempts to bring Jimmy back into the world and acquires a metal detector for him to accommodate his war-born phobia.

Jimmy names the detector Clive after the soldier who swept for mines in his unit, who he “left in Vietnam.” The writing here is clear and evocative with a near exhaustive tension streaming between the lines. The story reads as a hybrid of Alice Munro and Salinger’s “Perfect Day for Bananafish.”

If there is anything to criticize about this collection it isn’t the stories themselves, but rather their arrangement and selection. The first half of the collection plays out like side B of Abbey Road, a continuous sprawl of united music, with each story bleeding into the next in euphonious perfection. But after “Day of the Dead,” Lyons seems to lose focus and veer off into exploration of a different terrain. It is only in the second half of the collection where we leave America and the realism of the previous stories. In “The Place of the Red-Footed Rooster in the Hierarchy of Sentient Beings,” (which appeared originally in Cleaver Magazine) we are transported to Japan, where Lyons makes a departure in tone and style, offering up a Hessian fable about a contest between two painters—one representing the people and the other representing aristocracy. Another story of the second half, “Tlaxacala Red,” also seems to diverge in style, lacking the characterization, closure, and emotional resonance of the other pieces.

Recognizing these minor shortcomings, the collection, all in all, is an incredible success. Mr. Lyons is one of Philadelphia’s most exciting fiction writers. The laconic prose, humble style, and clever use of devices and through lines make for pleasure-filled reading. His empathy for the downtrodden and curious appreciation for the untold story of isolated America is profound and beautifully rendered.