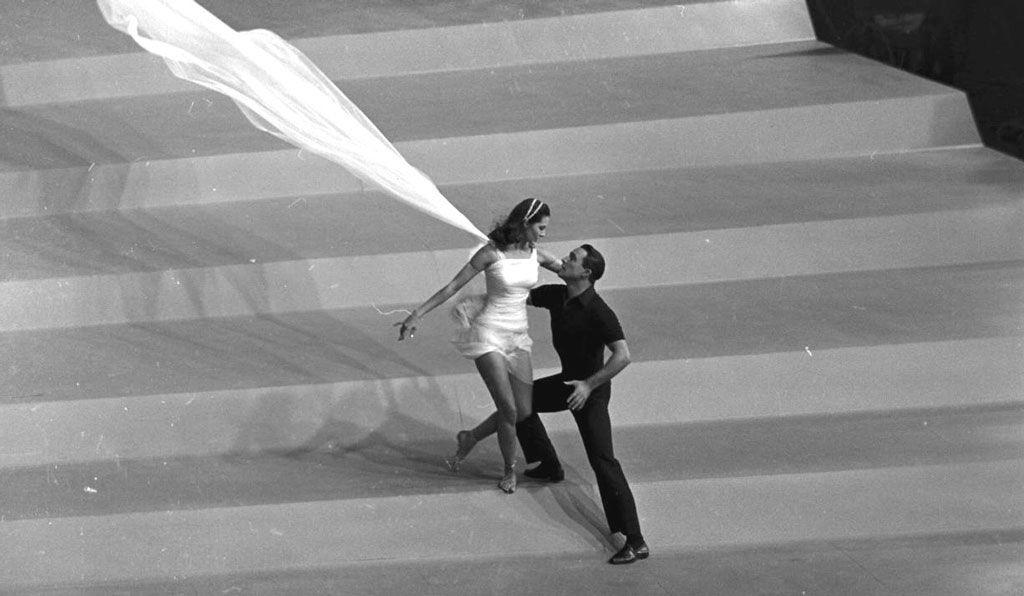 WAKING UP IN AN MGM MUSICAL
by Roy Bentley

I don’t know whether I’m awake or sleeping,
but I know the past is the prison we break into,
a penitentiary of what was before it was nothing.
I’m watching Donald O’Connor wall-walk sets.
The backlot-lumber complains. One minute,
there’s the choreography of a canary-colored
couch defying gravity—the first dance number
with Donald O’Connor and Debbie Reynolds
and Gene Kelly flying around in Technicolor—
the next minute, I’m behind an exaggerated door
marked AGENT, boldly opening closing opening
the wood-and-canvas portal in syncopated time.
Like a man who has broken into a strange house
to see if the owner is coming, returning home,
to discover him in his best silk suit and loading
a preferred firearm into a thrift-store knapsack.
On the movie-set stairs, everything is motion.
That’s me at a prop-table with Cyd Charisse:
I’m flipping a silver coin and watching her
as she spins into Gene’s arms. I’m the guy
who offers her diamonds and leads her off.
The knapsack is secreted away somewhere
nearby, just in case. And that’s me, in drag:
the coat-check girl in the fish-net stockings
who hands Gene Kelly a skimmer and cane.
The big number is where he sings about luck
and finding True Love as a movie beat-cop
in a hat of light tells him to keep moving.
I’m the cop, the light, the special-effects
downpour tapping at that blue umbrella. 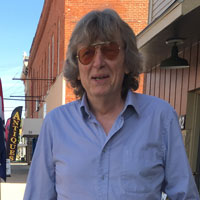 Roy Bentley has won six Ohio Arts Council fellowships, a fellowship from the Florida Division of Cultural Affairs, and a Creative Writing Fellowship from the National Endowment for the Arts. Poems have appeared in The Southern Review, Shenandoah, North American Review, Prairie Schooner, and Cleaver among other journals. He is the author of Boy in a Boat (University of Alabama), Any One Man (Bottom Dog Books), The Trouble with a Short Horse in Montana (White Pine Press), and Starlight Taxi (Lynx House Press) which won the 2012 Blue Lynx Poetry Prize. These days, he makes his home in Pataskala, Ohio.