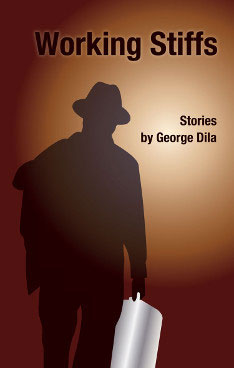 George Dila’s recently published short story chapbook Working Stiffs is a satirical romp through perverse worlds where power and profit constitute The Good. In such worlds, morality is thereby consigned a priori, as any action that serves power and profit. The stories contained in Working Stiffs are brutally honest, albeit zany, depictions of a universe existing under this moral teleology. Dila’s tales are warnings. They are foreboding cries delineating the desecrations of freedom and ego which take place in a moral system where the ideal citizen is one who serves power without question and aids the profit-seekers in their greed by any means necessary. To defy is to sin. To question is treason.

The collection opens with the story, “Eyes to Wonder, Tongues to Praise.” Throughout this piece, as well as the others in the collection, we see characters that possess a cartoonish resignation to the absurdity of their setting. There is a justifiable comparison to be made to the short fiction of George Saunders—although tonally, Dila is mild and often lyrically dry, eschewing the effervescence and play of Saunders.

Baker, the story’s protagonist, is a mid-level office grunt who displays no passion for his seemingly pointless work. “What we market here is computers, but it could be anything,” he says. “Cars. Candles. Curious George dolls. Couches. Carpet. Canned Goods. Condominiums. Condoms. It wouldn’t matter.” Baker doesn’t seem to be too happy with his life, but he never thinks to leave his job. The office is his world and he dreams of nothing different.

Throughout the tale, Baker experiences a series of fantasies whereby the concealed desires and unexpressed emotions of the office place are manifested physically: his boss, Mr. Bigelow, disciplines his employees with violence and murder. In one scene, two recently fired colleagues reappear and shoot up the office:

Margolis and Tyrell glance at each other, then reach inside their coats and slowly, deliberately withdraw identical handguns… I am mesmerized by the sight, too stunned to speak or call out. A small sound, part gurgle, part grunt, escapes my throat.

At no point during these fantasies does Baker comment on the morality of the actions. He simply bears witness to his hallucinatory reveries without intellectualizing their content. It is as if he is observing the moral revenge of a parallel self—a self that exists in a world where justice has sense and where it would be possible to strike against power. But, again and again, he returns to reality without revelation, continuing on in the same vein—obeying his superiors and seeking higher rank.

The second piece, “Shaft Men,” explores similar themes in a satirical reimagining of the Old Testament story of Jericho. Our protagonist, Stephen, is an Israelite soldier serving under Joshua. In this story, the power being served is Yahweh, whose will is prescribed through the commands of Joshua and the higher-ranking officials. The soldiers conform as requested, carrying out every order, regardless of how absurd they seem. When the men are told they will all be circumcised, there is little rumbling and no resistance. Rather,

All the men are lined up, twenty lines going into the tent, we’re well back, but I hear screaming and wailing from the tent… It takes four weeks to heal. There is nothing for us to do but polish our shafts and practice thrusts and blocks, and every time I go to the latrine to do my water, I cannot believe what I hold in my hand.

When the men are directed to march they march—for days around Jericho without aim or purpose. When Joshua tells them to sing they sing, scream they scream. “Do not question authority… there is a plan.” When the men are finally told to invade, Stephen willfully butchers the “Canaanite dogs.” “There are fires everywhere, shouts of victory and screams of death, and the smell of blood and fear… Yahweh has commanded it.” 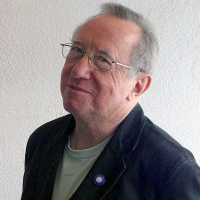 The final story in Dila’s collection, “90 Million,” is about an aging entrepreneur, Mr. Harpoonian, who sells the company he spent his life building for 90 million dollars to a holding company, led by an aptly named Mr. Wolfe. Immediately upon signing the contract of sale, Harpoonian wishes to nullify the agreement. “It was the fastest case of seller’s remorse I’ve ever seen.” He is so overcome with regret that he locks himself in his office and refuses to leave. “These bastards are gonna ruin my company… the company I built with my own hands. They’re gonna ruin it… I sold my life for thirty pieces of silver.” His long-trusted assistant, Mr. Barnacle, does what he can to calm him, but Harpoonian only sinks deeper into disarray and depression.

Eventually, after remaining holed up in his office a week past the date Mr. Wolfe had requested he leave, Wolfe reaches out to Barnacle and coerces him to handle the situation, intimating that if Barnacle assists with Harpoonian’s removal, he will receive a raise and be kept on at the company. It is here we see Barnacle faced with the decision to obey power and betray another, or disobey power and stand by his old mentor.

“…sometimes we just get caught up in the flow of things, not giving our actions, or their consequences, a lot of thought,” says Barnacle. “We intend no malice, no betrayal of the ones we love. We simply move forward, taking what seems like the most appropriate path.” This is how Dila’s characters—or perhaps how we—rationalize behavior.

As with all of the stories in this collection, the burden of moral judgment falls on the reader. This is Dila’s greatest success. He refrains from commentary, leaving the reader alone to wonder, how far off are our lives from his characters? Is our world really any different? Should we do anything about it?

George Dila’s flash fiction piece “That Summer” appeared in Issue No. 2 of Cleaver.