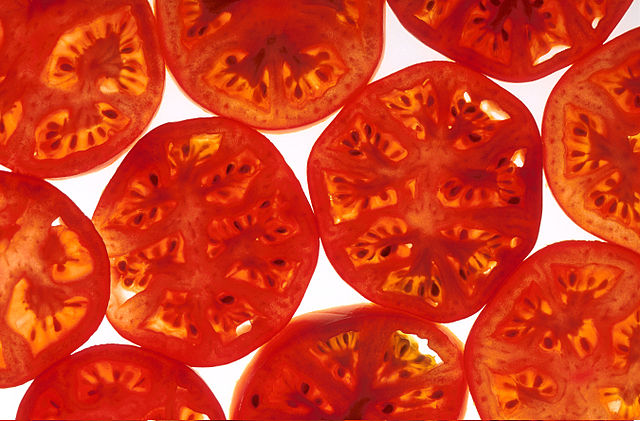 THAT SUMMER
by George Dila

That was the summer his partner of 54 years died, brain-stroked down to the old kitchen linoleum while he, sweating under a brutal July sun, weeded their half-acre garden. They had had their lunch, remnants of last night’s dinner, a slice of meatloaf, an ear of corn, washed down with a cold Rolling Rock. She said she would clean up. He said he needed to finish outside, just a row of tomatoes and Hungarian peppers to go, yanking out by hand the deep-rooted intruders chemicals could have killed so easily. Then, he would hose the dirt from his hands and meet her on the patio, where they would pause for a while to appreciate their life and their land, their retirement dream, sitting side by side in chairs of flimsy aluminum tubing and plastic webbing, the kind of chair that folds up into thirds, not unlike the way her body had folded at the waist and knees when she fell to the kitchen floor, a branch of the basilar artery spilling blood into her brain. So she was not on the patio when he got there. He pulled open the screen door, calling her name, and found her. He knelt to her, and said “Oh, sweetheart.” She lived for two weeks in the hospital, never regaining consciousness. Even after she was gone, he continued tending the garden as she would have wanted. He harvested six bushels of tomatoes over that summer, mostly Box Car Willies and Super Sioux.

George Dila is the author of a short story collection, Nothing More to Tell, published by Mayapple Press in 2011, and the short story chapbook Working Stiffs, published by One Wet Shoe Press in 2014. His short fiction and personal essays have appeared in numerous journals, including North American Review, Raleigh Review, Flare: the Flagler Review, Potomac Review, Palooka, Literal Latte, Fiction Now, and others. His flash piece “That Summer” appeared in Issue No. 2 of Cleaver. A native Detroiter, he lived in Ludington, MI, a small town on the Lake Michigan shore. George passed away unexpectedly and peacefully in April 2016, while vacationing with his family in New Mexico. Visit his website at www.georgedila.com.