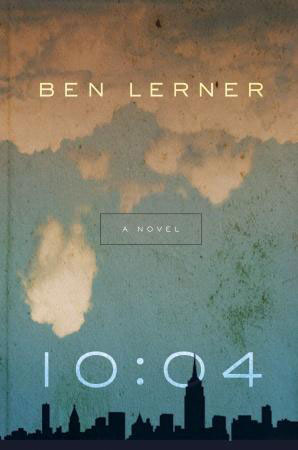 He calls her a “chthonic deity,” but despite the devilish pleasure she takes in smashing the Koons balloons in the middle of Ben Lerner’s new novel, 10:04, Alina, the narrator’s close friend, turns out to be a remarkably Christic figure. After she successfully urges this doubting skeptic to touch—really, it’s all right to touch—the famous and costly works of art that her start-up, the delightfully named “Institute for Totaled Art,” has been loaned by repossessing insurance agencies, Alina restores something ineffable and lovely to the world shared by Lerner and his readers. He leaves her loft. The rainclouds have passed and the air smells sweet. It’s not the evening yet, but it feels, still, like the “magic hour, when light appears immanent to the lit.”

10:04 is Lerner’s impressive follow-up to 2011’s Leaving the Atocha Station. It aspires to make more meaningful connections between art and life; philosophy and experience. Atocha sets a high bar. That novel’s protagonist, Adam Gordon, wandered through Madrid in 2004, lonely as an El Greco cloud, thinking about Lukacs while staring at Bosch; in the meantime, cultivating a precious skepticism toward any “real experience of art.” 10:04 updates Atocha—tries to push conceptually further its concern for the melding of art and life, and the critical possibilities of the novel genre; while bringing them objectively closer, making them more reachable.

This is an inspiring ambition! The new novel takes place in New York City in the calm between two hurricanes, Irene in 2011, and Sandy in 2012. The global climate conditions that these represent are only one element of the too-much-with-us world that Lerner’s protagonists lament, long-sufferingly, while they hospitably cook dinner for Occupy protesters. These characters look, and sound, a lot like Lerner’s readers. We are well educated and well read. We are tastefully observant of art, aesthetics and culture. We know the limits of the body’s abilities and the ability of money to push those limits just a little bit further. Waiting in the lobby of the fertility center, where will begin the process of artificially inseminating his best friend, the protagonist observes the décor: hanging on the wall, the “Agnes Martin knockoffs [were] merely anodyne, but the framing was museum quality.” 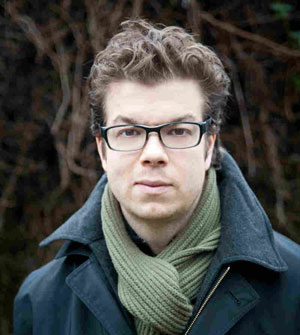 The events of the novel are thinly plotted; they cede attention to the protagonist’s speculations and reflections on maturity in the modern age. Should he become a father? Is he sufficiently adult? What of his obligations to art? On one hand, the endurance of his navel-gazing can seem a little much. On the other hand, the novel’s insistent and unflinching reflection on the character of the artist shows off, in minute detail, the complex psychic trappings of the upwardly middle class, the burdens of bourgeois life with which the genre, despite artist’s utopian ambitions, has historically been encumbered. He knows it’s inescapable. In a smart and stylish lecture, he riffs on flight, on Saint-Exupery’s Night Flight, on the fugue of literary tropes through poetry, oratory and fiction. His theme: the historical memory of the Challenger explosion in 1986.

He resolves to make the best of his gravity. A pleasant enough idea from Italian philosopher Giorgio Agamben serves as a refrain through the book: that even “bad forms of collectivity can serve as figures of its real possibility.” Explicitly invoking critical theory in the novel takes advantage of the genre’s ability to smoothly include other forms so that, despite the protagonist’s narrow anxieties, he can relate them to broader philosophical concerns. Thematically, furthermore, when the novel invokes critical theory, it redeems any disappointments of plot or character, any solipsism or aimlessness. Despite the titular homage to the most famous time travel movie of the author’s childhood, Back to the Future, the novel’s look is ever progressive, ever anticipatory. It even concludes with an elementary school-child’s science project; it’s titled “Science on the Move,” and if it looks backward to describe dinosaurs, it’s only to make scientific progress seem, like future forms of collectivity, all the more passively inevitable.

But too often all this rings a bit hollow, a bit flat. The inclusion of diversity in his novel, for example, the Arab-American co-op member, or the little Salvadorean boy whom he wants to save from nightmares about Joseph Kony—these forms of collectivity do provoke thought, for a little while, and little else. The novel, like its people, is well intentioned, certainly. But in a time when only a deity come up from the underworld can restore enchantment to everyday life, narrated by a poet who certainly recalls the cyclonic violence of Proteus rising from the sea and Triton blowing his wreathed horn, one wonders why Lerner doesn’t piss us off, just a little more.