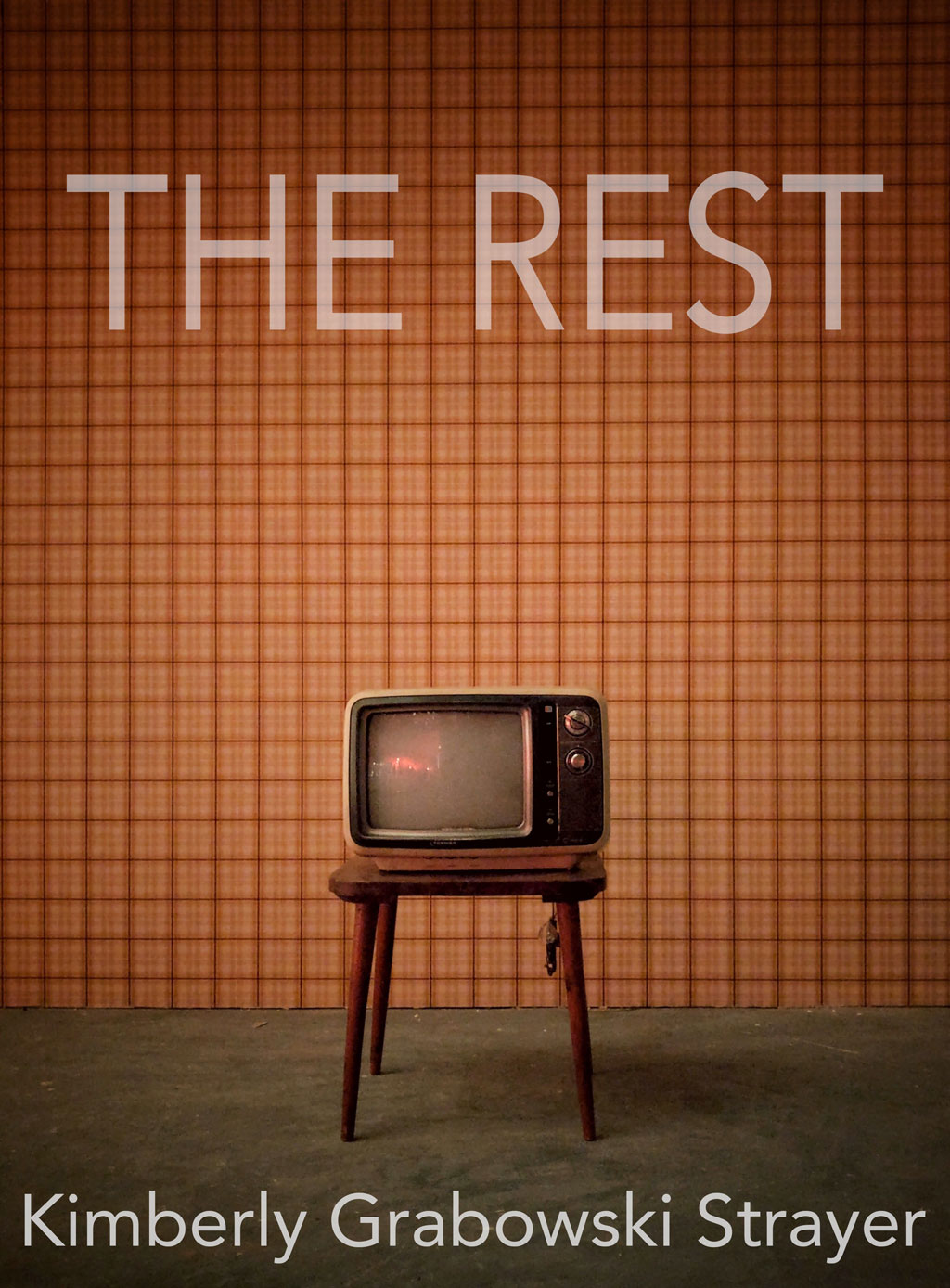 THE REST
by Kimberly Grabowski Strayer

I slept with a kitchen knife
in my bedside table as a little girl,
I don’t think even my mother knows.
She loved all the shows
about murder. I would tell her I was scared
but she wouldn’t turn them off—
if you’re scared, leave the room.

The first few shots of each episode: victim
who will not live out the next sixty seconds.
A perpetrator with artfully hidden face.
And screaming, always, screaming
even in sudden attacks. I heard
once that the word scream is too powerful
to use in a poem, or too distinctly female,
hysteric, blotting out the rest—

here, we begin. After this, a shot
of the team of criminal profilers,
walking in to the office, discussing how to whip up
the perfect plate of pasta, al dente, of course,
to remind us they have ordinary lives
outside of this television screen, just like we do.
And all the while, a murderer on the loose.

They will solve this case in a cool
forty-three minutes, always right
before the next victim dies. I think stall, just stall.
Pain is like a distant galaxy because the inside
of another person is a distant galaxy. It’s impossible
to talk about, and so we talk about it all the time.
I just want to feel good for a moment,
it’s all fake but there are Good guys fighting
Bad guys and the good ones always pull through.

Sometimes students learn to conduct pelvic exams
on unknowing, anesthetized patients
before gynecological surgeries. Sometimes I think:
it would feel better if I didn’t know. The show
is not about pain but poison and attempted antidote.
And you are not safer if you don’t watch. Not a scale
but an emptiness. Without weight or spectrum.

My mother reads the detective novel I lend her,
In The Woods, and she says do we ever find out
what happened to his childhood friends? His blood-soaked
shoes? No, no, the crux here is that some things remain
unexplained forever. This, she cannot abide.

On the show, every killer has some
sort of signature. We all have this compulsion
to show the world who we are. Missing
from this genre: what makes a body
not human anymore. Instead, only: what makes a human
a body. The problem of it. Safety is not what we want,
but some alternative to being alive. It’s a fictional show about
fiction. The way telling a story can help us find the unknown
suspect. As usual, the stories end before they’re over.

In dental school, my mother rode her bike
to and from her apartment with boxes of bones
strapped to the back. She didn’t have much money
so the bones she had were rented. A friend of hers lent her
an extra skull he didn’t need anymore, eventually told her
she could keep it. When I was a kid, no one believed me
when I said the skull was real.

Think of the movies where the science-lab skeleton
was somehow reanimated to wreak havoc.
As if whatever brings us to life inhabits each
individual element of the structure as well as the whole.
My mother never knew who the skull belonged to,
nothing about the story. Mostly, I couldn’t believe
noses weren’t made of bone, other parts that seemed
so solid backed by hollow opening.

In one episode, a mother seeks revenge
upon the man who murdered her daughter—he tries to save
himself by leading her to the place where the girl was
buried. That’s just a skull, she says, that’s not my baby.
She shines a light on the bones. Where’s the rest of my baby. 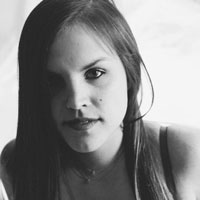 Kimberly Grabowski Strayer is a poet and horsewoman from Kalamazoo, Michigan, where she received her B.A. in English Writing from Kalamazoo College. She holds an MFA in poetry from The University of Pittsburgh. Her poems have appeared in Superstition Review, Midwestern Gothic, Pretty Owl Poetry, Crab Fat Magazine, and others. Her chapbook, Afterward, is available from Dancing Girl Press.