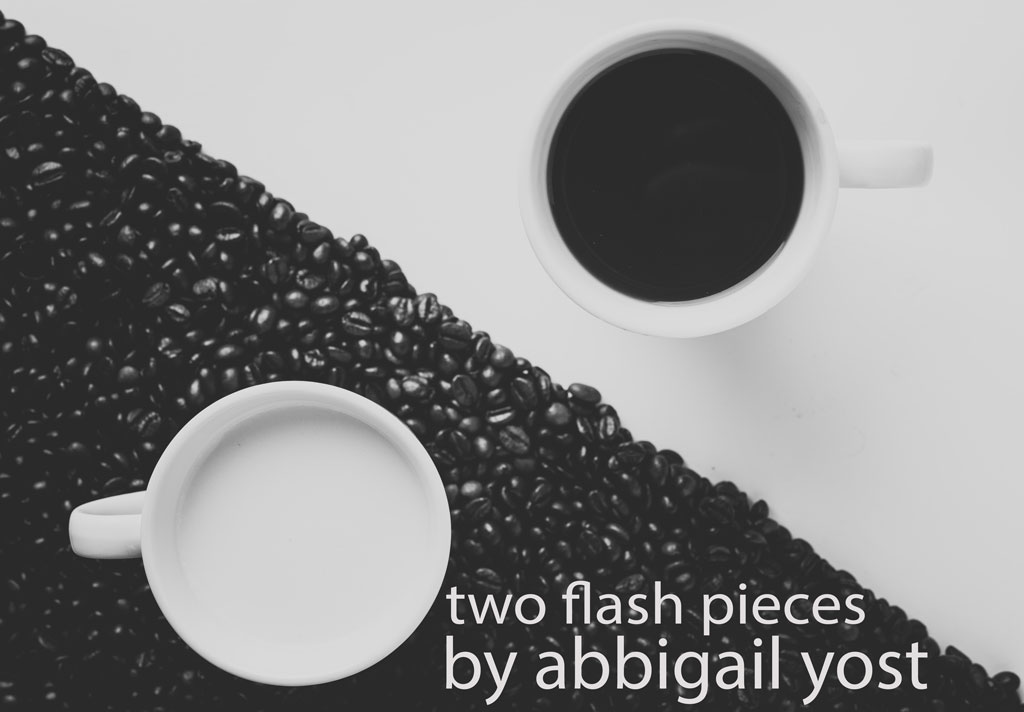 One is waking up in a bedroom that you do not recognize. The scent of coffee makes your head ache, but you cannot recall what it tastes like. And you don’t understand because you thought you liked coffee, but now you are not so sure. You feel panic as it fills your fingertips and clogs your throat. The patchwork quilt stifles you, makes threats against you. The newspaper tells victims to put up a fight, but whose house is this, and what if they do not react well to strangers who thrash around in twin beds that creak?

Two is acting like a civilized citizen. You forgive the patchwork quilt for its transgressions, set aside grievances. You sit up straight and place woven palms in your lap, resting on top of cut crimson cloth. Mother says that manners matter. That this is how we determine the good girls from the bad. You are a good girl, you tell yourself.

Three is hands. You realize that your hands look like freeze-dried fruit. Skin, drained of nutrition, puckered with folds, littered with channels of indigo and purple that bisect and bulge. Your head aches because these are not your hands, and the scent of something bitter looms in the air. You cannot put your finger on it, but you know what it would taste like if it hit your tongue.

Four is the swinging door as a man enters the bedroom. You freeze, contemplate pleading your case, that you will give him whatever he wants as long as he lets you go. His face has seen sun, and his eyes do not appear overly menacing, but mother says you can never tell. She also warns never to talk to strangers, but you know that this is a unique circumstance, and she will understand. You introduce yourself, stick out your withered hand as a token of peace. You inquire about his name. He holds back tears, but you don’t know why.

One is telling him that it’s a funny story, because you woke up in a bedroom that you do not recognize with a headache because it’s been days since you’ve drunk a cup of coffee.

How to Break a Heart

Ghost upon the slightest hint of commitment. Turn off your read receipts. Pretend he doesn’t exist. Don’t respond to his nine texts, even if the fourth one makes you question your strategy. Persevere. Endure. Fight the feeling. Three weeks and a couple of hours in his car mean nothing. Reject logic. Rationalize. Overcompensate. Smile like you won the lottery. Call yourself cold-blooded. Lie and tell your friends that you enjoy it. That it makes you feel empowered or something. Check his Twitter for subliminal repercussions. Delete his number out of spite. Compose subtweets that are subliminal, cutting. File the drafts with the others. Repress. Repress. Repress calloused hands circling your forearm. Date distraction. Watch (500) Days of Summer. Watch Bridget Jones’s Diary. Watch a season of Gossip Girl without moving from the spot in your bed that dips. Read Dostoyevsky to cancel out eleven hours of intellectual void. Understand about one-third of it. Question your maturity, stability, resiliency. Eat a pint of Neapolitan as consolation. Convince yourself that you deserve it. That it would’ve ended badly. That he would’ve been clingy. That he would’ve been detached. That he would’ve chewed with his mouth open or verbally abused his mother. That he would’ve been lactose intolerant. That he would’ve been deaf to the word “no.” Convince yourself that he would’ve done the same. 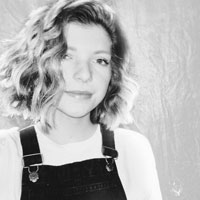 Abbigail Yost is a full-time student, part-time library page, and all-time perfectionist in most things unnecessary. Her literary crushes include the likes of Holden Caulfield and Henry Winter, two clashing personas that actively influence the subject matter and tone of her stories. She writes to bridge gaps, feign wisdom until wise, advocate for the unconventional, and normalize the lives of in-betweeners like her.