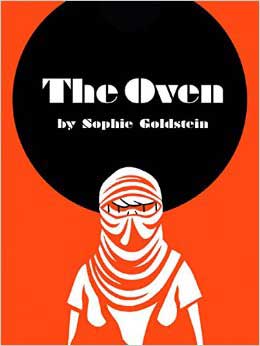 Recently nominated for the Cartoonist Studio’s Prize for Best Print Comic of the Year, The Oven is a wonderful example of character-driven science fiction. In what might take a typical reader less than one minute, author/illustrator Sophie Goldstein quickly, yet carefully, establishes both the setting and a compelling story.

From the very first page, Goldstein introduces the reader to a dystopian world in which futuristic cities are shielded from an ultra-lethal sun by protective domes. On the same page, one sees the protagonists, Syd and Eric, a young couple, leave that society for the communal, technology-free living of “the Oven, AKA ‘Babyville,’” a small settlement far from government’s reach—a community of people hoping to find simple pleasure from simple living. 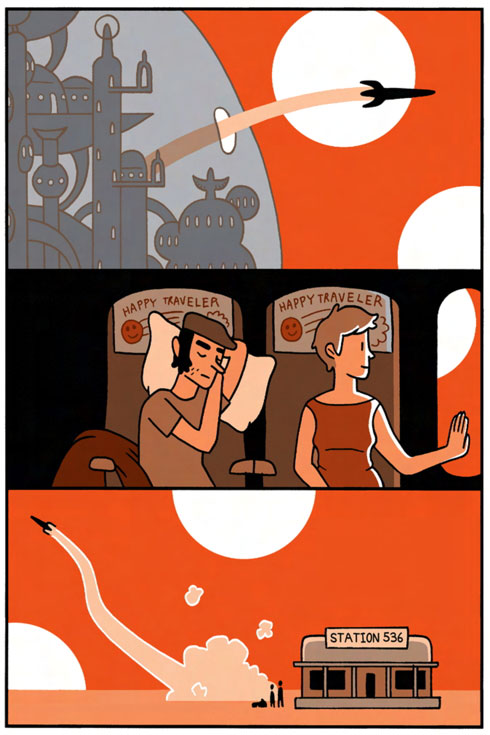 With displays of daily life in the Oven, Goldstein focuses her narrative around themes of family and freedom. The couple’s reasons for leaving their lives in the city quickly emerge and their quest for the life they have dreamed of is swiftly met with unforeseen obstacles. Life in the new world of the Oven isn’t easy. Syd and Eric find that “freedom isn’t free”—that, whether raising children or farming for sustenance, it requires hard work and commitment. 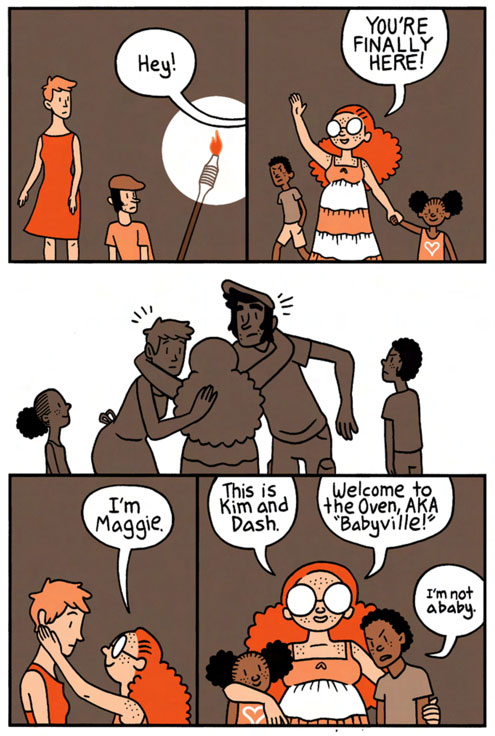 Both worlds of The Oven are fascinating—a futuristic world dominated by technological convenience and government regulation contrasted with a world committed to living as people once did: off the land and with no laws beyond common decency. These exaggerated versions of our own society and history touch upon important issues, and, fortunately, The Oven never feels preachy. 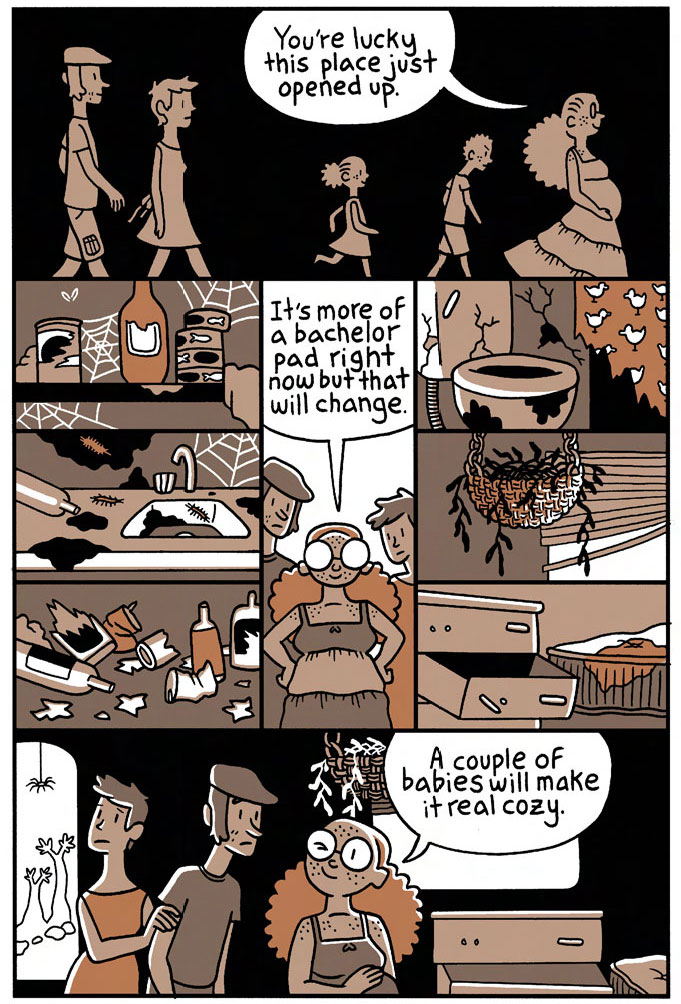 The book strikes a balance between highlighting the benefits and downfalls of technology, and Goldstein effectively displays the juggling act of personal, familial, and social responsibilities. In these moments, Goldstein raises valuable questions and resists forcing answers. As one will see in the characters themselves, one-size thinking does not fit all. A character says, “When I was young I had that ambition disease. I had an apartment, more square feet than God. Now I live in a ten by ten shack, but it feels bigger.” Another: “You really buying into all that ‘back to the land bullshit?’” The readers, like the protagonists, must make up their own minds. 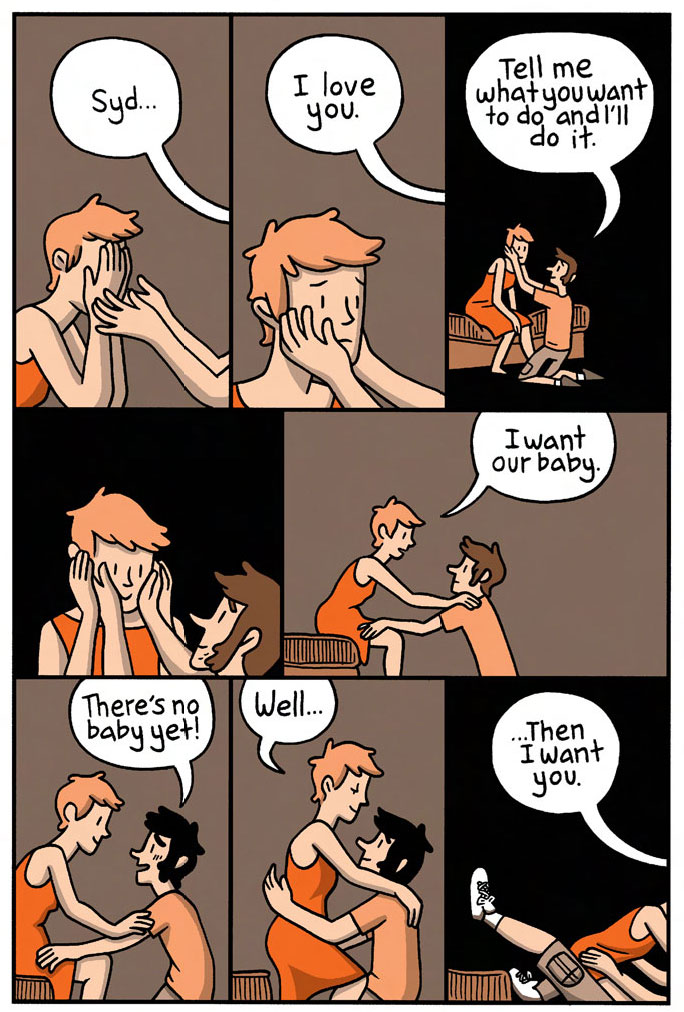 The cartoony art of The Oven skillfully conveys the harsh realities of life outside the protective bubbles of the cities. Orange hues dominate most of the panels, and the readers learn, as Syd and Eric do, that when one ventures from their homes during the day, every inch of skin must be covered. To be in the unprotected sun in the Oven, one literally risks death, and Goldstein’s art won’t let you forget that.

For anyone who loves thought-provoking science fiction, The Oven is a tremendous, fast-paced read. The issues and challenges that Syd and Eric grapple with are relatable and relevant. While the future they find themselves in is unlikely to be one many readers would desire, the questions the protagonists search for answers to—such as what constitutes a life worth living—are unavoidable in our own lives as well.

Brian Burmeister is Program Chair of English and Communication at Ashford University. He co-wrote the nonfiction play, Farmscape The Changing Rural Environment, published by Ice Cube Press, and his poetry and fiction has appeared in such publications as The Feminist Wire and Thin Air Magazine. He can be followed on Twitter @bdburmeister.