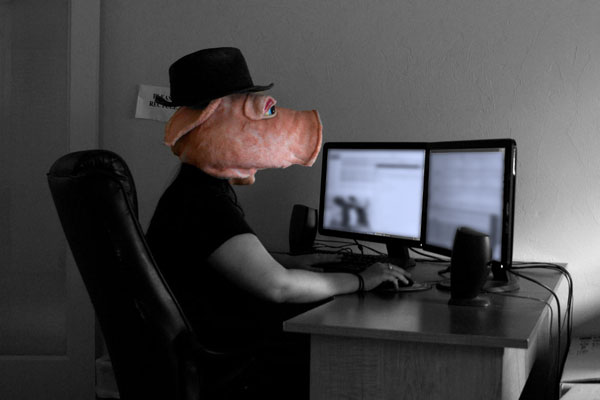 CONFESSIONS OF A FICTION EDITOR
by George Dila

I am the fiction editor of a respectable independent ink-and-paper quarterly literary journal. We publish short fiction of up to 1500 words. I see every piece of prose submitted to the journal. The editor-in-chief has given me sole discretion to accept or reject any piece submitted.

Here are my confessions.

Confession #1: I reject nearly everything.  Most work I see should never have been submitted in the first place. It is embarrassingly amateurish. It makes me wonder whether these submitters have even a modicum of critical judgment of their own work. Frankly, I would have rejected much of what I see published in other journals, too.

To the dismay of my editor-in-chief, who probably thinks my standards are too high, some issues of our journal have run with no fiction at all. Other issues have included work that I should have rejected. I accepted them because they were, at least, competently written, and the boss was getting antsy. A few issues have included some real gems of short fiction, and of those I am most proud.

Some writers may find this admission dismaying, even shocking, even arrogant. How do I know the story doesn’t really take off in the second paragraph, they might ask. How do I know there isn’t some deathless prose within those pages that I will never see because I stopped reading too soon? Who in the hell do I think I am, anyway? Well, I’m the fiction editor, and trust me, I know.

I accept most of the stories I actually read through to the end.

Confession #3:  Most story openings, even those competently written, leave me cold. When I read a new story, I want to know who is involved and what is at stake, right away. Another way of putting this is that I need to know ASAP why I should give a damn about this story. Here are some examples of beginnings that don’t work for me:

I read cover letters, mainly out of curiosity, but I have my prejudices about those, too. I have a prejudice against cover letters that tell me what the story is about, or why it was written. I expect good stories by writers with multiple publishing credits, but I am often disappointed. My reaction after reading a few paragraphs is usually, really? This person has actually had work published?

Confession #5: I have a prejudice against stories submitted in Courier font.

Confession #6:  I believe my judgment is flawless. I don’t think I’ve ever rejected a great story, or even a good story.

Confession #7: I disregard my own editorial rules if the story I’m considering is superbly written. For instance, I recently recommended for publication a story in which the protagonist is never named. It is only “he” throughout the whole story. But it was a brilliant story, and I accepted it without hesitation. And of course, John Updike wrote a nifty little story about a guy with cancer called “Poker Night,” and I’m sure I would have accepted that one, too, regardless of the authorship. In fact, I just wrote a story about a guy with cancer.

Confession #8: I’m a fiction writer, too. Hey, I have feelings. I never react well to rejection. It hurts. And it gives me no pleasure to cause pain in others.

So there you have it. My confessions. I expect no absolution. I will probably be damned to the hell set aside especially for pig-headed fiction editors. Maybe our punishment will be to read unreadable fiction submissions for eternity.

George Dila is the author of a short story collection, Nothing More to Tell, published by Mayapple Press in 2011, and the short story chapbook Working Stiffs, published by One Wet Shoe Press in 2014. His short fiction and personal essays have appeared in numerous journals, including North American Review, Raleigh Review, Flare: the Flagler Review, Potomac Review, Palooka, Literal Latte, Fiction Now, and others. His flash piece “That Summer” appeared in Issue No. 2 of Cleaver. A native Detroiter, he lived in Ludington, MI, a small town on the Lake Michigan shore. George passed away unexpectedly and peacefully in April 2016, while vacationing with his family in New Mexico. Visit his website at www.georgedila.com.
Image Credit: Paul on Flickr