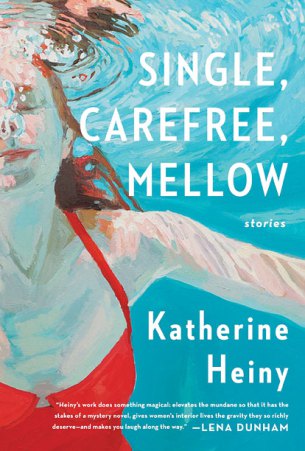 In Katherine Heiny’s very funny debut collection of stories, Single, Carefree, Mellow, women seek out a little more love, a little more sex, a little more passion. They have affairs with teachers, bosses, married men, and neighbors. Who can blame them? The comedy of their attachments made me think of the experiments of Konrad Lorenz, the ethologist who showed us how fuzzy little goslings, seeing a man instead of a mother goose after hatching, would naturally treat the man as their mother. These women and their men—as hilarious in their pairings as the goslings trailing behind a grown man, and they have no idea! Such innocents!

Take Sasha in the opening story, “The Dive Bar,” of Heiny’s collection. She’s rattled by a phone call from the wife of her lover. The wife, Anne, whose name Sasha does not recognize, invites Sasha to meet for a drink. “And to paraphrase Dr. Seuss,” Heiny writes, “Sasha does not know quite what to say. Should she meet her for drinks? Now what should she do? Well, what would you do if your married lover’s wife asked you?”

Sasha’s moral compass leads her to walk briskly down a large portion of the island of Manhattan in order to consult with her roommate Monique about what to do. Sasha and Monique agree that they will walk on Broadway, one starting at 106th, the other at 36th, until they meet, and then they will go into the nearest bar to think together about Sasha’s problem. Sasha’s problem has a certain gravity, but they can’t seem to help themselves from making a game of it. And then, of course, they break the rules of their game, choosing a bar that appeals to them more than the Taco Tico they land in front of. 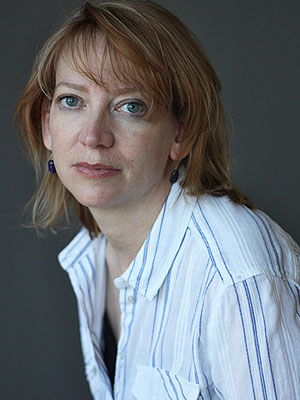 There’s a comic geography to these stories. Heiny’s characters go to great lengths to connect with others—literally walking dozens of blocks or, as Sasha and Monique also do, showing up for singles grocery nights or singles volunteer events where they do things like refurbish apartments. At one of these events, the volunteers fixing up a brownstone are busy looking each other over, so that Sasha “almost feels a little sorry for the needy family who is going to move in, picturing the very low standard to which their new home will be refurbished.”

In “Blue Heron Bridge,” Nina and her lover David have sex in his car, but they also go running together. As for Nina, “She liked going over the bridge best, where there was a slight breeze and she and David always each touched one foot on the far side and then reversed direction, like runners in a relay race.” In “Andorra,” Sadie who lives in Washington visits her lover Marcus in Chicago when his wife is away on a business trip. But Marcus and his wife are in counselling and he’s made a “promise never to speak to Sadie again, to banish her to the Ulan Bator of his heart, while in reality Sadie remained as central as Starbucks.”

Some of the humor in Single, Carefree, Mellow arrives in the form of an unbidden guest, like the lover’s wife on the other end of the phone, or the large family that accompanies Nelda, the housekeeper in “Andorra,” whenever she comes to work. Heiny’s women tend not to say No when people want in to their hearts or homes. The high-school age Magellan asks to stay with her brother and sister-in-law because she is tired of answering her parents’ questions about why her boyfriend broke up with her. In “Blue Heron Bridge” a neighbor asks Nina if she wouldn’t mind taking in a minister whose parish has flooded. The minister, Reverend McWilliams, easily integrates himself into the life of the family. He enjoys himself. He takes part in their games of Hearts (loser washes dishes) and is happy to babysit for the little girls. He’s a perfectly pleasant houseguest, but when Nina gives it a little thought, “she would have preferred an exchange student from rural Scotland.”

The women in Single, Carefree, Mellow really do have choice when it comes to their attachments, even though they don’t see it this way. They mistake their friends, boyfriends, and husbands for houseguests of the heart. They have chosen partners who are really quite likeable, funny, understand their sense of humor, are perfectly good matches, but they still find themselves wanting, if not exactly a Scottish exchange student then someone else, someone other.

In the case of Maya, who features in three of the eleven stories collected here (and in an additional story, “After Dinner,” published in Issue 2 of Cleaver Magazine), there’s a glimmer of awakening self-awareness, as when she’s ready to break it off with her boss: “Maya went into Gildas-Joseph’s office the next morning to tell him that she couldn’t see him anymore and then they had sex on his desk. (This was something Maya had noticed about herself, a sort of inner contrariness; she drank the most on nights she went to the bar vowing to have only club soda.)” In fact, when Gildas-Joseph moves out of town, Maya’s husband, Rhodes, is able to comfort her.

When Maya’s dog is dying (in the title story) Maya comes very close to breaking up with Rhodes. It’s as though for Maya to be able to begin to feel her grief over the loss of her dog, she needs to compound her loss. In “That Dance You Do,” a boy after his birthday party cries because the party is over—an early experience of loss, a test run. Describing the mother’s relationship with her son, though, Heiny writes, “You wonder if he realizes that right now, at this instant, you love him more than ever, that you could not love him any more than you do.” That’s a relatively rare state of emotional equilibrium for Heiny’s characters, grownups growing up, amusing as goslings. These are generous, warm-hearted stories that tend to chart an over-abundance of love, rather than too little. Most of the very funny stories in Single, Carefree, Mellow involve a compounding of love and happiness, desire and camaraderie.