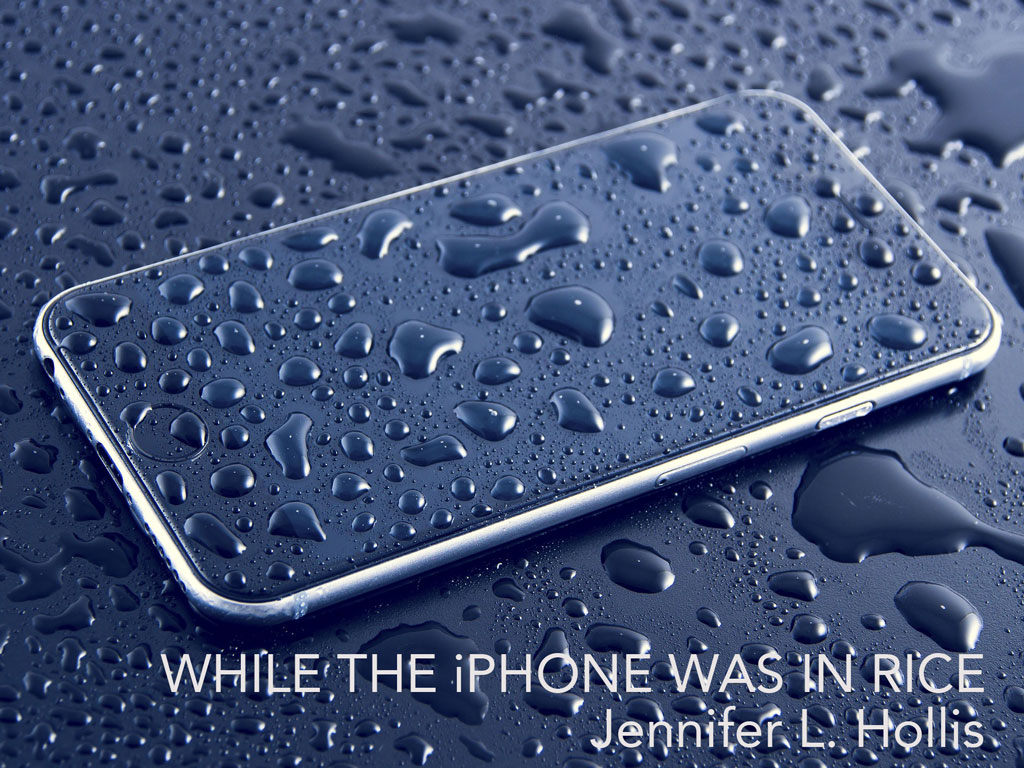 WHILE THE IPHONE WAS IN RICE
by Jennifer L. Hollis

Waiting for a table at the diner, I won round after round of I Spy with my son. I spy with my little eye something green (the 7-11 sign across the street), something ephemeral (the time between now and when this boy will be too heavy to carry to bed), and also something getting truer (there is no silence left in this world).

I spy with my little eye the past, when a telephone was too big to fall in a toilet and the weighty plastic receiver could carry the cracking voice of a boy through a curling cord of wires, all the way from the wall of his kitchen two blocks away to the wall of my den. I spy possibility, when a real hammer inside a black plastic box hit a bell and I sprinted toward the ringing, yelling “Don’t pick up! It’s for me! IT’S FOR ME!”

Once the Internet told me to put my iPhone in rice, I was untethered. The phone sat silent in a sealed, rice-filled bag and the toilet water dripped out of the headphone jack, or evaporated into nothing, without any attention from me. While the iPhone was in rice, I became a citizen of childhood again. I rode my bike in circles in the driveway and pondered the cake for my tenth birthday party.

Now, seated at the diner, waiting to be served, I use a pen containing liquid ink to note the following phenomena: teenagers mocking one another, a dropped and unreachable fork, my temptation, (and its squelching) to hand a purse lifesaver to a toddler screaming “This toast is too brown!”

My son and my husband stare at their screens, but my thoughts stretch out like a cat waking up from a nap: I could start a podcast; I could volunteer to register new voters! Get a nose piercing? Maybe.

Catching my face in a mirrored diner wall, I spy with my little eye a girl who never learns. A girl, who, a few hours earlier, stood in the newly renovated powder room and watched, as the iPhone slipped from her fingers, her brain sizzling with the thought that yes, yes, the phone was going to splash into the unflushed toilet.

For a second, I watched it bob in the new glossy bowl. Then I reached into the cold water and fished it out. 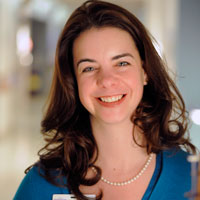 Jennifer L. Hollis is a writer, music-thanatologist, and the author of Music at the End of Life: Easing the Pain and Preparing the Passage. Her writing has appeared in the New York Times, the Washington Post, and other publications. She is working on a book about what she’s learned (and refuses to learn) from playing harp for people at the end of life. She lives in Somerville, Massachusetts. You can connect with her at JenniferHollis.com or @JenniferLHollis.