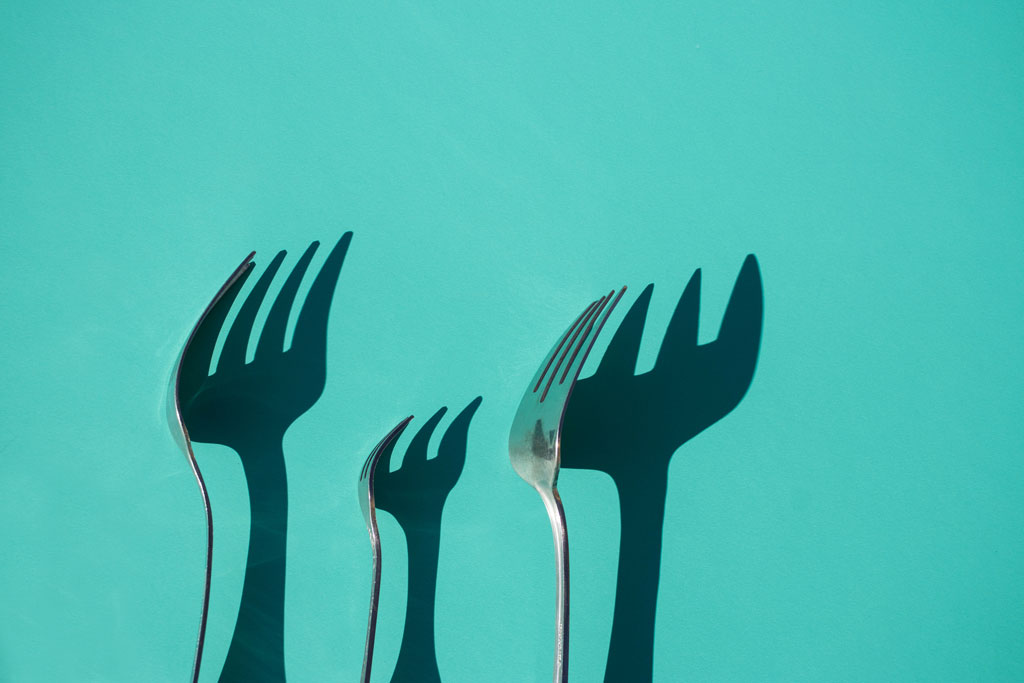 Photos of every winner of the Hungry Man Challenge hang on the wall of The Little Texan Steak Ranch. Four dozen photos. Mostly white men. So when Sandy Jenkins plops her red, heart-shaped purse on the counter and orders the Hungry Man Challenge, a hush falls over the restaurant. Sandy Jenkins at five-foot-two with short downy dark hair like a baby chick and unsmiling liner-rimmed eyes already doesn’t look like she could eat seventy-two ounces of steak in one lifetime let alone one hour. But besides that, everyone in town knows Sandy isn’t the type of girl to sign up for anything. She’s the type to traipse through your tomato garden in combat boots and when you catch her, claim she is searching for a four-leaf clover (and you kind of believe her). She’s the type to steal pencil toppers in the shapes of cute forest animals from her classmates and display them on her dresser, and when her mother asks where she got them, lie that they were gifts (her mother is just relieved she’s finally making friends). She is the type who, upon realizing that she sticks out like a cactus flower in her homogenous hometown, instead of trying to blend in, leans into her differences—wings mark the corner of each eye, drawing their shape further up her temples, black hair shorn close to her scalp. Sandy is the type to avoid restaurants like The Little Texan Steak Ranch and tourist traps like the Hungry Man Challenge at all costs and, instead, suck on Slim Jims while perched on parking curbs in the local shopping centers.

Danny behind the counter asks her twice if she is sure and she smacks the counter to emphasize her second yes. He puts the order in with the kitchen.

While she waits, Sandy spins on her stool like an impatient child. Her shirt reads Save the Whales on a blue background and the sleeves are cut up into fringes that float at each shoulder like seaweed.

Danny asks after her folks. They’re regulars. They come in for breakfast after Sandy leaves for school on Mondays and they order the waffle special-of-the-week. On Sundays, they sometimes take bets on what the special will be. The waffle breakfast is a tradition they’ve had since before they adopted Sandy from Korea. They brought her with them until she started school and then on weekends sometimes until she was old enough to refuse (just after she turned seven).

“They’re the same old, same old, same old,” Sandy says in a sing-song voice. She has a twang. It’s subtle enough that when she leaves (next year, the minute she turns eighteen), it’ll fade almost instantly. But it’s there for now.

The steak comes out next to a steaming baked potato. It’s a beauty—black cross-hatchings like train tracks. Danny sets the plate in front of Sandy, and she places a paper napkin in her lap as if she’s at high tea.

She saws off a small bite and chews thoughtfully, as if considering its quality. Really, she’s testing its density against the strength of her jaw.

“You know it’s seventy-two dollars if you don’t finish on time,” Danny reminds her, though everyone knows Sandy doesn’t have the money.

“Oh, I know,” is all she says. She cuts off another bite, stuffs that into the corner of her mouth. The bulge in her cheek moves up and down faster now. She swallows that one quick and hard, scrunching her face up real tight. After a few more bites, her chin is slick with grease. Her jaw’s working hard, steady like a pulse. The other customers watch over their coffee cups, craning their necks backward every few minutes to see how much is left, then how much time is left on the clock.

When there’s only a quarter of an hour left, Sandy sets down the knife and fork and picks up the hunk of meat—more than half—in her bare hands. Her cheeks are pink by now. She’s making these tiny grunts with each chunk she tears off. Black bits are burrowed under her fingernails. Flecks of red flash between her teeth when she bares them to bite down.

Old Pat asks, “Think she might do it?” and then someone else shushes her as if they’re at the movies.

Sandy tears off another bite. You can even hear the tick of the second hand because everyone’s shut up. No one’s breathing. All that matters is this girl and the time and the hunk of meat she’s tearing into. And that’s why, at first, the sirens sound to Old Pat like church bells in the distance. To Danny, they’re the wails of his baby boy, a sound he shamefully has tried to ignore more than once as he hovered on the edge of sleep.

As for Sandy—when she hears the sirens, she pauses, considers the remains, surveying the steak with tenderness, as if it’s beloved. She thinks of a photo in an album of herself as a baby, wearing a white bonnet, too thin for an infant, too solemn too. Waiting for someone to return and reclaim her. She thinks of the photo to come, the mugshot. Solemn too. Waiting too.

She takes a breath. She opens her mouth.

Just before the officers enter the restaurant, a flash goes off. The Polaroid slides out: Sandy, grinning, meat bits stuck between her teeth. Holding up the plate like a Nobel Prize. She finished the whole damn thing.

Even the baked potato. 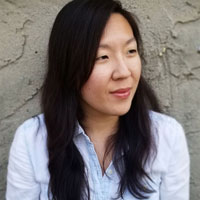 Andrea Ruggirello’s stories, essays, and poetry have been published in Third Coast, The Baltimore Review, McSweeney’s Internet Tendency, Catapult, Day One, and other publications. She recently completed her MFA in fiction at West Virginia University. Born in Seoul and raised on Staten Island, Andrea currently lives in Washington, DC and is finishing a novel.