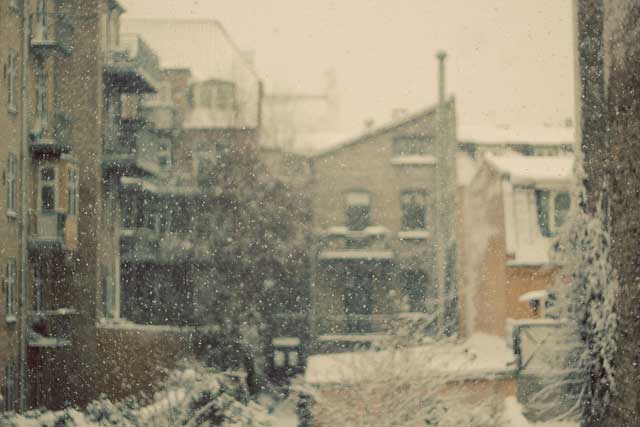 A RAIN OF SOUND
by William L. Alton

My father and I sit on the steps of the house, the house I grew up in, watching snow fall and melt. A scrim of ice laces the yard with white ribbons. The street throws back diamonds under the lamp posts. I’m cold and my father loans me his sweater, the sleeves too long, the chest too wide. I can smell the acrid reek of his cigarettes on the weave. “You’ve lost weight,” he says. His voice is a beacon. I feel young again, lost in the fear that my father is leaving me, that he might not return. He stares down at his feet. He closes his eyes. His mouth is a thin line in his face. What is he not telling me?

This is love, I guess. The fear that there is more to words than what is said. I sit in the winter night and wonder about my father’s motives. He lights a cigarette and his hands tremble. “I don’t say it enough,” he says. I know now what he’s getting at. His silence breeds knowledge. It drives me to seek out that knowledge on my own. My mother brings coffee and we sit together. Lights in the house burn yellow through the windows. Cars run their lights over the pale walls. The night grows old and I wander up to bed. I’m only here for a few days, a short visit, but it’s enough. The words will overtake the silence and the silence will end in a rain of sound. 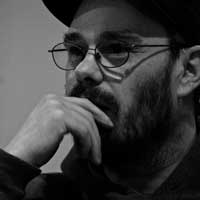 William L. Alton was born November 5, 1969 and started writing in the 80s while incarcerated in a psychiatric prison. Since then his work has appeared in Main Channel Voices, World Audience and Breadcrumb Scabs, among others. In 2010, he was nominated for a Pushcart Prize. He has published one book, Heroes of Silence. He earned both his BA and MFA in Creative Writing from Pacific University in Forest Grove, Oregon. You can find him at williamlalton.com.