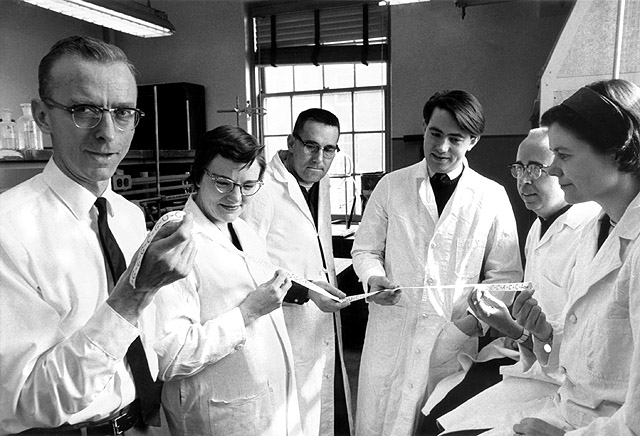 SCIENTISTS HAVE DISCOVERED
by Charlotte Boulay

that there are whirlpools
in the wakes of stars. Birds run on
at the mouth in different languages
and the horses are lonely: we must keep
mothering the empty plains. Detroit’s salt mines

are becoming saltier every year, and unrelated studies
show that street sweepers are seventy-five percent
more effective when they whirr the curbs in threes.
We’re born speaking a cinematic grammar—

we spend a third of our lives dreaming
in actions and cuts. There are cities underneath
all the cities and streets that can only be seen
from space. The bats are dying!
Caves full of sleeping creatures are slowly

stifling in the dark. Data is breaking out
of computers and staggering down the streets
on shaky legs. Oil is offering an apology. An eddy

off the coast grows larger each day but can’t swallow
our latitude of trash. We’re lost. We’re a piece
of real technology. We’re escaping nothing,
and all we want is to come to the place
where the answer to every question

is yes. To get there we’ll ask a stranger the way—
there will be three riddles, then we must decode
the aurora borealis. O scientists,
bring your white coats

for warmth. We are headed to an open field,
a copse of trees, a hidden den. It’s the best
and worst discovery. It has been there all along. 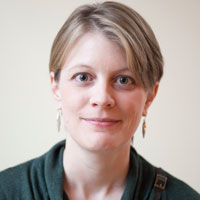 Charlotte Boulay’s work has appeared in Slate, The Boston Review, and The New Yorker, among other journals. Her first book, Foxes on the Trampoline, was recently published by Ecco Press. She works at The Franklin Institute, and lives in Philadelphia.