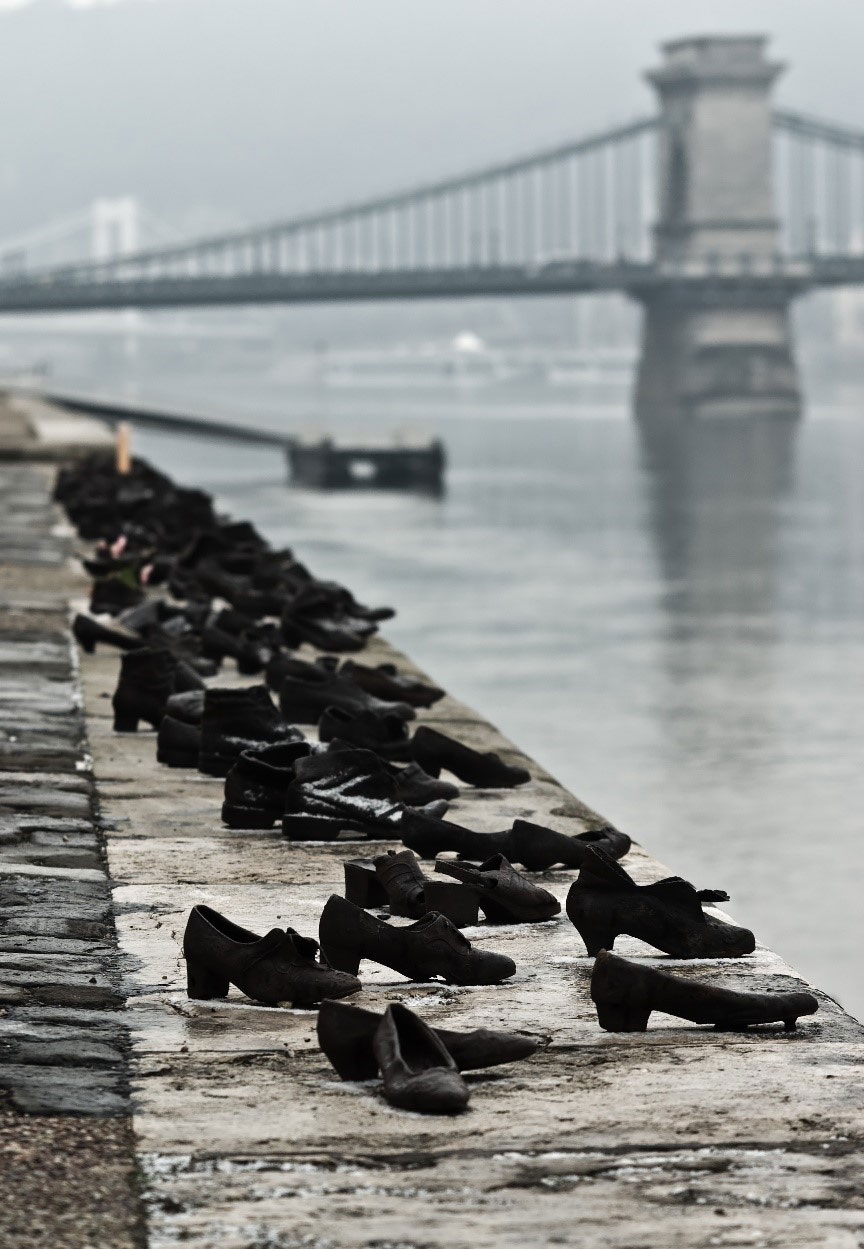 One wonders if these people are people at all
—from keynote speech of Richard B. Spencer, November 19, 2016, NPI Conference, Ronald Reagan Federal Building, Washington, D.C.

The shoes are made of iron
presumably to preserve the
symbolic footwear, but they are
attached along the Danube’s
stone embankment, so
perhaps the sculptor intended
that the splashing water
would with time
have its own effect;
sixty pair, men’s women’s
children’s. Starting In 1944
the fascist Arrow Cross Party
militiamen murdered Jews and
others along the river bank, the
shoes were considered of value, the
shoes alone, the victims in their panic
hastily were demanded to remove them
as shots rang out and writhing bodies
spilling blood flooded the water the dead
and dying to be carried by the current downstream;
the victims often knew their killers,
no blindfolds were used to mitigate
the circumstances, this was slaughter
at the water’s edge. Presented now oxidizing
“remains”—oxfords maybe for wearing
by a businessman on his way
to the office, a woman’s wedges to be donned
for shopping, a child’s saddle shoes to come
home from school. 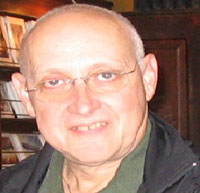