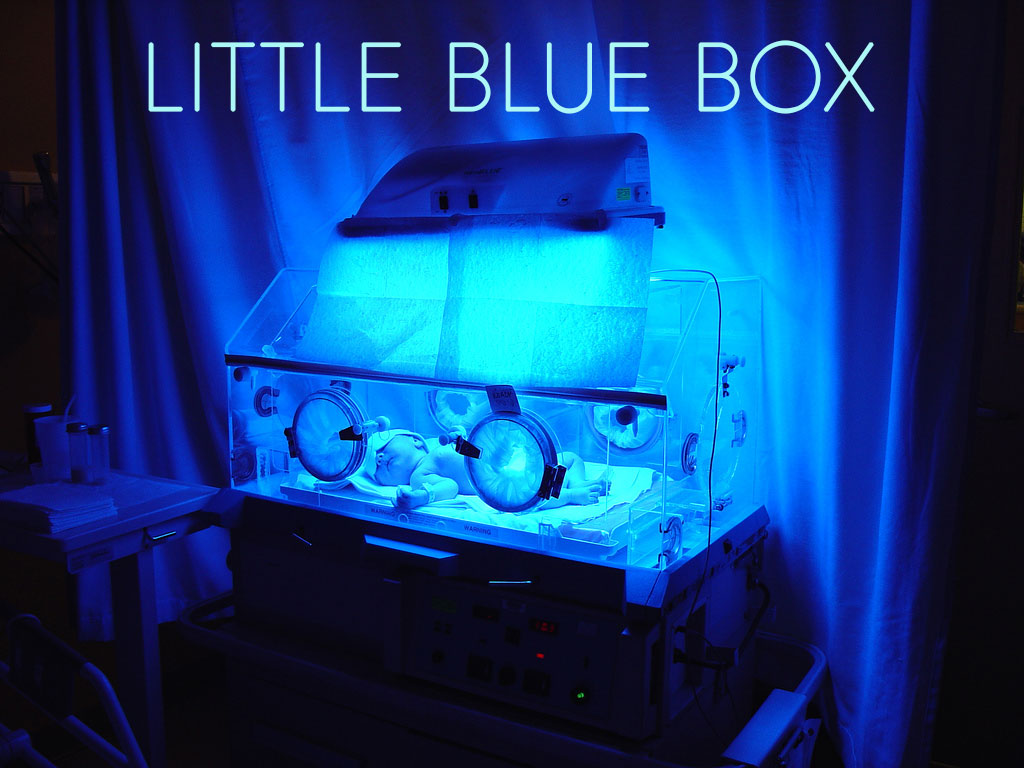 I can’t remember how to breathe so the nurse hands me a brown paper bag along with the white jumpsuit and matching cap. Sixty seconds before that they wheeled my wife away, her belly bulging under the white blankets, in her belly, our baby choking. Sixty seconds before that, the room a flurry of nurses and someone saying, “We have to take the baby,” like there’s a place where they take babies and never bring them back. Sixty seconds before that the baby’s heart rate crashing and the pulsing alarm. Sixty seconds before that joking that I hope the baby gets born fast so I don’t miss the golf on TV later. That was four minutes ago. Four minutes ago everything was normal. Four minutes ago I assumed everything would happen as it did when my son was born. But this is different. This time I’m hyperventilating, thinking I may never see my wife again, thinking our baby girl might die, the nurse smiling, patting me on the back, saying how they always seem to forget the dads in these situations. It’s not funny, but she tries to be. Nothing about this is funny. My baby girl is choking. And this is real. And she could die. And we don’t know which way to spell her name. And I can’t remember how to breathe.

The baby won’t eat. She spent her whole first day of life throwing up breast milk and bottle milk, and she’s not the right color so they’ve put her in a little plastic box of blue light with four holes, two on each side, so that we can reach in and touch her. She doesn’t move much. She seems so tired. She just lies there really still on her back, her eyes covered with a little baby sleep mask to keep out the blue light. I can see her tiny belly going up and down. My wife hasn’t come to the nursery yet. They cut the baby out and she is in pain, but I don’t think that pain is what’s keeping her away. I know better than to try to understand.

The baby won’t eat. They’ve put a tube up her nose and down her throat so she gets nourishment. I sit here for long stretches of time talking to her while she lies in her little blue box. I talk to her about her mom, her big brother, and her grandparents, and the only house on the left where I grew up with her aunt and uncle, and our big St. Bernard dogs, and the tall spruce and Osage and apple and maple trees and the woods and green fields. I tell her about how in winter on a clear day you can hike up the southern hill all the way to the top to where the trees clear just at the crest and look out over the open field down toward the valley, and if you time it just right, you can watch the lowering sun turn the snow and the brown seed heads in the field to a hundred different shades of orange and gold before it finally settles behind the hills and is gone.

I am watching my wife hold the baby. It was awkward for the nurse, the tangle of tubes and wires, lifting her up out of the little blue box. In the rocking chair my wife gives a speech to the baby about how she has to be strong because that is what all the women in her family do. I know for a fact that this is true. I’ve seen it. No matter what, they took care of everything. While their men went off to mine coal or to fight in wars or to mold steel, the women held it all together with their hands and their wills, always, and never complained. They’re strong. They don’t give in, ever.

I am holding on to my big sister and can’t let go. I can’t breathe again and I haven’t slept. They told us they are taking the baby again. She’s been losing weight, even with the tube shoved up her nose and down her throat, and they’re all too stupid here to be able to help her. I don’t want to be here, so I keep holding on to my sister. I want to go back to when I was five and she was ten and it was summer and the trees were so green and we rode bikes and made up stupid songs and names and she dressed me up to play a flower girl in her pretend wedding. Or when she dressed me up as Horton the Elephant and tried to tape big construction paper cut-out ears and a trunk on my head. But we’re not there and then. We’re here and now, and this is happening.

I know to go north, but I’m not paying attention to the road. At each bump my wife winces in the passenger seat because it was only four days ago when they cut her open. We don’t talk. We have no idea what to say. In mid-March everything is dormant and dark. I’m tired of everything being dead and brown and gray, the color of ash or closed up factories or the smoke from the stacks along the river. Even the trees are gray and dark, ticking past like seconds on a clock, only faster than seconds. Somewhere ahead of us the baby is in her little blue box in the back of an emergency medical transport. I don’t know how fast I’m going but I know I’m on Highway 22 moving in the general direction of Pittsburgh.

From a high room with a big window and a Giraffe intensive care unit in the middle, another flurry of nurses, and one says, “We need your permission,” and I think, what am I supposed to say? I can’t talk or think. “Sir, we need your permission,” she says, and I say, “What will happen?” and she says, “The baby will die,” so we say, “Yes, yes,” and in the background they’re trying to find a vein for the IV, but there are hardly any places left for needles, and the baby is screaming louder now than she has in all her four days and eleven hours. And there’s pain and confusion but everyone seems calm with urgency. And I’m watching all of this from the corner of the room and can’t do anything about any of it, thinking that every minute people either end up dying or keep on not dying.

Everyone is gone, just me and my new baby girl, and night coming on and the quiet calm in the room, except for the click click of the machine pushing in more blood every so often. Through the raindrops on the huge window by the ledge where I’m sitting, I see Pittsburgh all spread out below, the sky growing darker, and the city lights lighting up until backed by the full black sky. From way up here on the whatever floor, the city fully lit now in tiny lights, everything looks all held together in webs of bridges and rivers and traffic pulsing through, lights reflecting in the water.  When the traffic files in at intersections, and the signals turn red to green, all the lights start moving, floating across the bridges over the rivers that mirror the city, this way toward my window high above, little perfect pairs of diamonds, gliding over the water, brighter and closer and brighter and closer, until they’re almost blinding, until I’m almost not even thinking, until I’m not even trying to remember how to breathe. 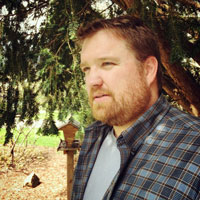 William Scott Hanna is an assistant professor of literature and writing at West Liberty University near Wheeling, WV, and a lifelong resident of the Upper Ohio Valley. His poetry has appeared or is forthcoming in Pine Mountain Sand and Gravel, Heartwood Literary Magazine, and Still: The Journal.