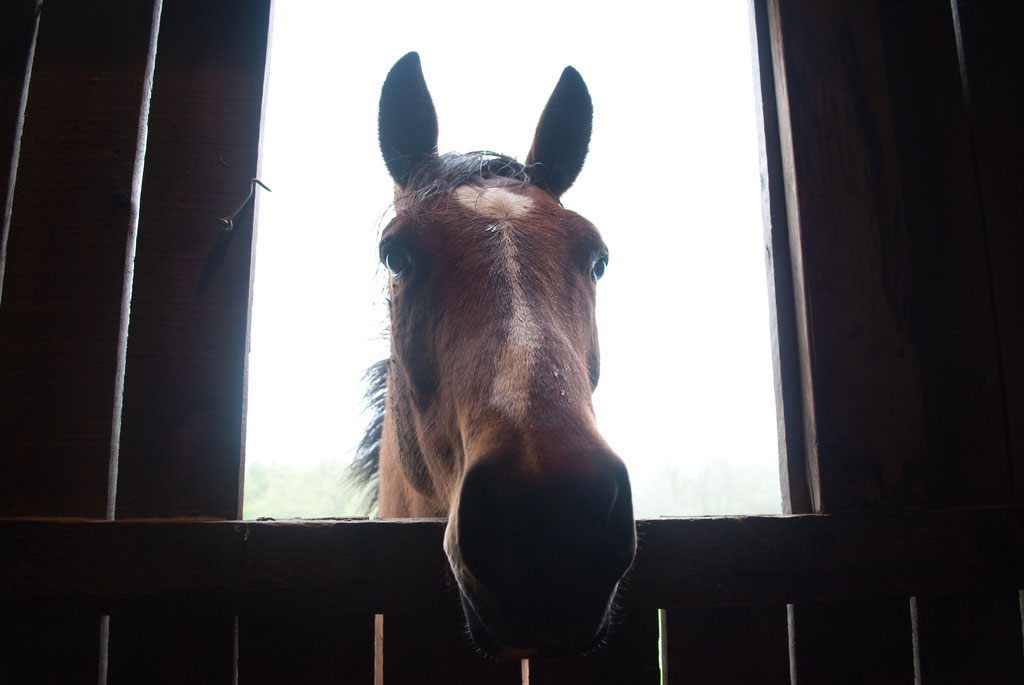 BREAK A LEG
by Lisa Romeo

I was doing grunt work at the stable, filling water buckets, dropping bales of hay from the loft, cleaning grungy tack, and shoveling manure.

Kate and I—lone teens among the adults who rode at the small barn—cleaned stalls while horses were turned out to run around the ring, bucking, snorting and galloping, rolling in the August dust. She’d attack one stall, I another, our shared wheelbarrow in the aisle, both of us sweating, smelly, proud to be trusted with real work of horse care.

A few months before, my father had finally bought me a horse, and the stable manager invited me to work after school in exchange for lower board. Kate, two years younger, had been around horses since she was a toddler and showed me what to do.

First, use the heavy blunt end shovel to remove big piles of manure from the stall. Next, sift stray pieces of manure and wet hay with the pitchfork, the one with a dozen closely-spaced tines, then rake the leftover shavings. On a second pass, load a wheelbarrow with fresh wood shavings, roll that into the stall, dump and spread.

Perhaps it was raining that day. Or maybe Firestarter, a rangy Thoroughbred, was recovering from an injury—ex racers were prone to that. Perhaps Melanie, his owner, asked that he be kept inside so he’d be sparkplug fresh when she arrived; she liked spunk.

Whatever the reason, I was cleaning Firestarter’s stall with him in it. I’d done this before, with my own placid horse, and others, though not the fidgety, leggy Firestarter. Kate and I were quiet, diligent, eager to get chores done before I’d climb on Poco, and she’d straddle Speckles, the pony she’d outgrown.

I headed into Firestarter’s stall, eyes on the left corner where his manure tended to accumulate. But instead of holding the shovel straight up and down, as I’d been taught to do every time when passing a horse, I held it in the extended position.

I simultaneously saw and heard it hit Firestarter’s cannon bone, hard, inches below the knee on his elegant brown leg. The shovel vibrated in my hands. How would I explain a broken leg? To Melanie? The stable manager? My parents? I watched, afraid that majestic, lovely animal would collapse. For a small second, his leg merely imperceptibly shivered, flinched. I jerked the shovel away, lunged backward into the aisle. Firestarter only inched his leg back. Kate worked on, unaware; shovels hit the wall and floor all the time. Horses shifted.

I stood trembling, waiting for Firestarter to kick me or lift his foot in pain the way horses did when they’d stepped on a nail or sharp stone. Firestarter only eyed me.

I tossed a halter on Firestarter, walked him down the aisle, turned and led him back to where I could secure him in crossties. He clopped on evenly, fine and solid, not just then but for days, weeks.

I hadn’t broken his leg. Yet I’d made a terrible mistake, potentially harmful to a horse, to someone else’s horse. In the moments and days after, nausea and guilt alternated with something else. A horse-crazy girl who wanted only to ride, caught a glimmer of the kind of responsible horseperson she wanted to become, and that image winked, beckoned.

Eight years later, at a horse show in Lake Placid, someone—as the story goes—a drunk groom, possibly acting on a poker bet or maybe just mishandling a gun–shot the cannon bone of the best junior hunter on the circuit, an animal worth about $50,000. When I heard about it, two hours after the elegant bay gelding was put down, four hours after someone heard the crack in the dark and the horse’s shrill, pained whinny and called the night patrol, I was riding the fifth horse my father had bought me, warming up in the dewy dawn. Police were swarming, and everyone was talking about the hideous cruelty, the horse’s sobbing young rider. I had to dismount; my hands were shaking, my breeches soaked with sweat. Then, and again when I heard the news, ten years after, about Nancy Kerrigan, I was immediately back in the stable, a shovel in my hand, a horse’s leg at the other end, a sickly swirl in my head.

I never told anyone what I had done. What I hadn’t done. 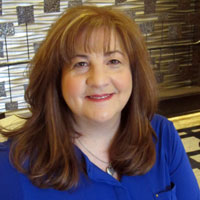 Lisa Romeo’s work has been nominated for Best American Essays and the Pushcart Prize and has appeared in the New York Times, O-The Oprah Magazine, Inside Jersey, Babble, Under the Sun, Hippocampus, Word Riot, Sweet, Sport Literate, and in anthologies such as Feed Me! and Why We Ride. She is a founding faculty member of Bay Path University’s MFA program and the creative nonfiction editor of Compose. A former equestrian journalist and PR specialist, Lisa lives in New Jersey with her husband and sons. Connect on Twitter @LisaRomeo or via LisaRomeoWrites.