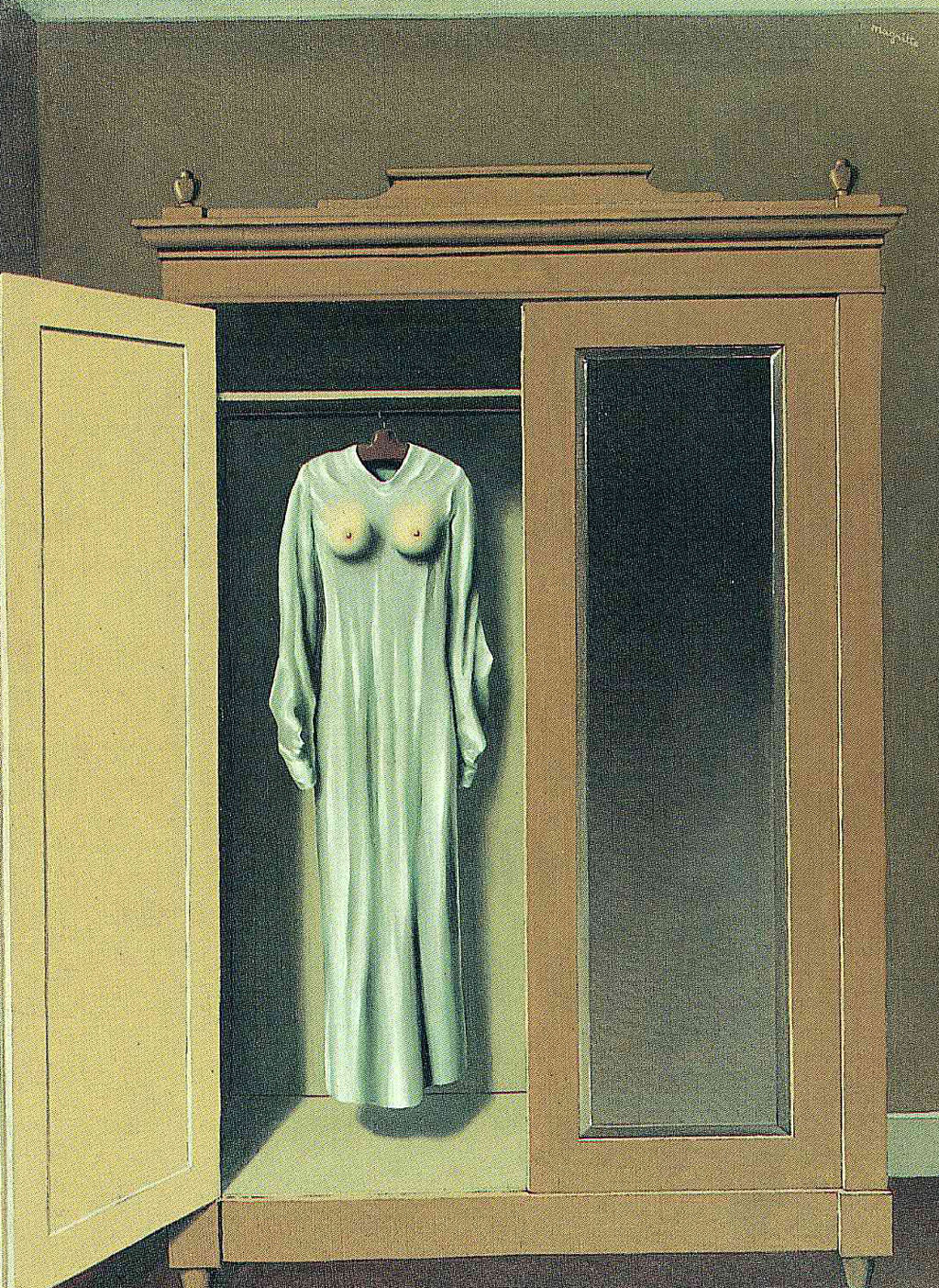 How came Georgette to place herself here: married to Magritte and doting on their dear Pomeranian, Loulou? This question is without a clear beginning, middle, or end, like the short Surrealist films that Mag likes to make with their Surrealist friends.

All the branching decisions that Georgette has made to get to this point make her picture herself like a parade of bathing beauties in a Mack Sennett movie: identical-seeming at first, but really not quite. Spectacularly costumed. Women’s clothing has so much more variety than men’s. A tie points and points to the crotch of the man wearing it, and they may all dress the same, but they are not interchangeable.

Why did she wind up with a painter at all? As she watches Magritte follow Loulou, holding the leash as they promenade down the street, she is glad that she did, and that it was not just any painter, but with her particular and peculiar and beloved René.

The filmstrip of her younger life—studying Modernism at university, working in an art shop—hops by her eyes at twenty-four frames per second. There she is, an ingénue still using her maiden name: Georgette Berger. And there’s her first romantic lead, the German artist Stefan Rowden, known—if he was known at all—for something he called abstract pornographic oil paintings. Had she remained involved with—or worse yet, married—him, as he’d wanted her to, then everything after would have been miscast.

All these years later, Magritte still stands as the perfect man for the role of husband. And Loulou their perfect powderpuff, their fellow lover of cinema. She watches them stroll through the afternoon sun on their way to a matinee. Georgette likes to go to the movies, but only at night, and it’s all right with her to have the apartment to herself like this sometimes.

Before they stroll around the corner and out of sight, Loulou poops, small brown pellets, sober and ordinary. Mag stoops to scoop them. They regard each other kindly, Loulou looking up like a ferocious toy. Were Georgette to title this like a film, she’d call it A Ferocious Joy. 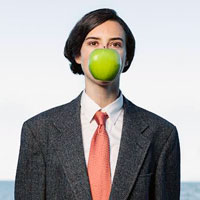 Kathleen Rooney is a founding editor of Rose Metal Press, a publisher of literary work in hybrid genres, and a founding member of Poems While You Wait. Co-editor with Eric Plattner of The Selected Writings of René Magritte, from Alma Books (UK) and University of Minnesota Press (US) in 2016, she is also the author of seven books of poetry, nonfiction, and fiction, including, most recently, the novel O, Democracy! (2014) and Robinson Alone (2012). Her second novel, Lillian Boxfish Takes a Walk, will be published by St. Martin’s Press in 2017.