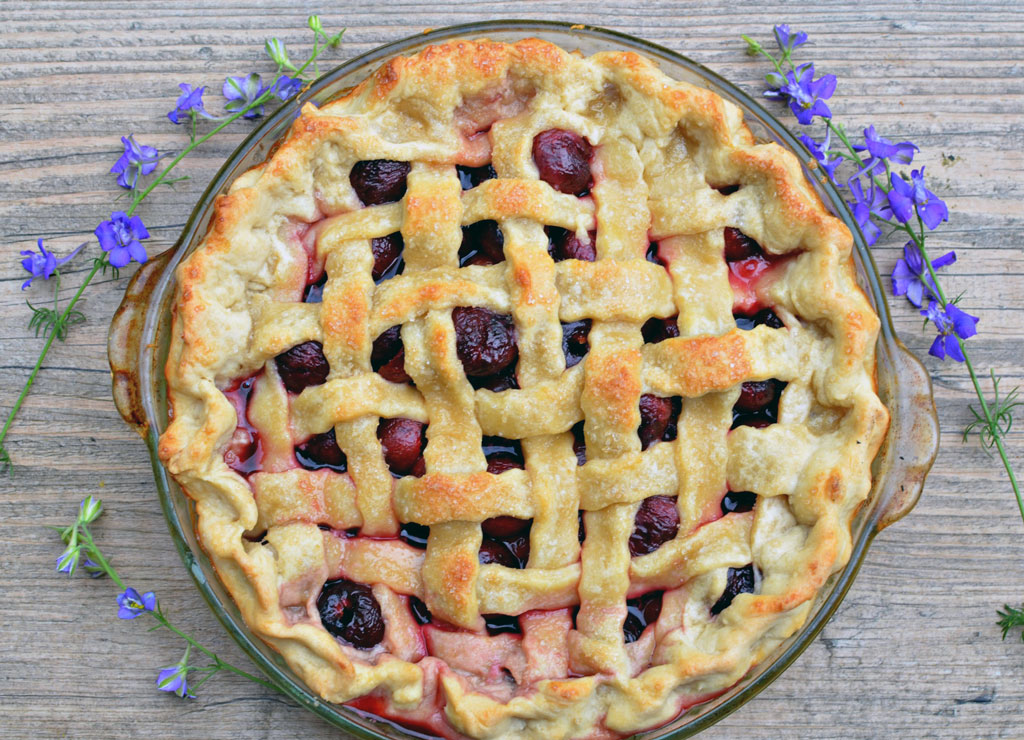 Hannah made a cherry pie, and it relaxed her. Only when she was carrying the pie from her house to the neighbor’s, still warm in its tin, did she think it might be inappropriate for a barbecue. She should have brought a six-pack of beer, or some cheese and crackers, because a barbecue probably did not even make it to dessert. In any case, it was too late. Amy had come to her front door to let in a couple of people and spotted Hannah walking up the drive.

Hannah felt overdressed too. She was. She always was, now wearing a white sundress with pumps—Amy wore jeans and flip-flops.

“Oh, you weren’t supposed to bring anything,” Amy said, dragging her into a one-armed hug, her other hand holding a glass of wine.

Hannah wanted to turn around and throw the pie in the trash, but Amy was pulling back the dish towel covering.

It was a sudden, awful realization—Amy had only invited her to be polite. A neighbor will invite the street just so there aren’t noise complaints, so they don’t have to avoid anyone’s eye while walking the dog.

“Amy. Would you mind if I sat down for a moment?”

She pressed Hannah into an armchair in the front room. There was no one else there—they were all out the back. Hannah heard them—the disembodied voices and laughter, above the music that was a bit loud. The pie sat on top of the television cabinet where Amy had left it.

Amy returned with a glass of water. “Can I get you something else? Some crackers?”

She felt Amy hovering above her temporarily. Amy had a party to host, after all.

“I’ll be fine,” Hannah repeated and then, excited at the prospect, which she tried to conceal, “maybe I should just go home.”

Hannah took a sip of water. The pie remained on the television cabinet. What was she going to do with the blessed thing? Go into the party, carrying it yet again, the forgotten or rejected pie. I’m still here, and so is the pie. Or she could go home, sneak away, taking the pie with her, and eat a piece all by herself or eat the whole thing with a spoon, the noise of the party happily next door. It was inconceivable to leave the pie there so that someone tomorrow night, watching the game, found it cold and congealed above the television.

Hannah felt old. She was only forty. She could not fathom when or how she became a person who wore a dress and pumps rather than jeans and flip-flops like everyone else, made a pie to bring to a barbecue, and, having barely crossed the threshold, sat in a darkening front room, sipping water, working out how to leave with her pie.

She blamed her marriage, her divorce, her lack of children. There was nothing tethering her to this suburban street in Portage Park, to the house she and her husband, Mark, shared until last year, when he finally gave up and left. She didn’t have to stay in Chicago, or even in Illinois. She could work anywhere—online realty marketing, which she did from home. Yet she was still here—very much here, at a wretched barbecue that she should have avoided.

The doorbell rang and someone called “Hello!” cheerfully through the front screen door. Amy’s flip-flops slapped hard against her heels as she walked down the hallway, past the entrance to the front room, which she undoubtedly did not plan to reenter for a while. The noise of greetings and kisses at the door was intolerable.

Hannah heard an intake of breath in the dark behind her.

She turned in her armchair toward the voice and said, “Sorry. I didn’t mean to startle you. I was just planning on leaving.”

He switched on a lamp above the piano in the corner. The light was dim, but still she felt her eyes adjust to the comparative brightness. He stayed near the piano. He was wearing a suit and tie, and she thought, bless you, Dr. Winter, you look even more uncomfortable than me.

“I’m terribly sorry for speaking like that,” he said. “I got a shock.”

She could not remember if she had known his first name.

“And I’m sorry for calling you by your married name,” he said.

“That’s okay. I don’t expect you to keep up with that sort of thing. In fact, I haven’t been to your office since,” she said. “Since the divorce.”

Hannah didn’t know whether he remembered all of it—the fertility tests for her and Mark, the referral to a specialist, and Mark swallowing down tears, his jaw grinding, accusatory, over and over, for an entire appointment. There was something in Charlie’s voice, a softening, or an inflection, that made her think he remembered very well.

“I hope you have been okay,” he said.

She smiled, close-lipped. “These things take a while to adjust to, don’t they?”

“They certainly do, Hannah.”

He was always a kind doctor, but he seemed even more so now, as if he embodied kindness.

Charlie pulled out the piano stool and sat on it, facing away from the piano. His legs were stretched in front of him, crossed at the ankle. His arms were crossed too. His dark gray suit looked expensive, Italian. He studied the toes of his black shoes.

“I didn’t know that you knew Amy and Kurt,” she said.

Charlie smiled over at her, and she realized he was probably not permitted to even say whether Amy and Kurt were patients of his.

“I shouldn’t come to these things,” he said, as if reading her thoughts.

His wife had died from cancer a few years ago and Hannah imagined him sitting in an empty kitchen with the tap dripping into a shiny clean sink at nine o’clock on a Saturday night.

“I shouldn’t have come either,” Hannah said.

Charlie laughed. “Me too. I guess that’s why we’re sitting here rather than on the back deck.” He stopped. “Why are you here, actually? In the front room, I mean.”

She cleared her throat. “I needed to sit for a moment.”

He smiled, gently. “Are you feeling better?”

He may have remembered the mental health survey he took her through in his office, ranking from one to ten various criteria—Do you feel hopeless? Do you have trouble sleeping? Do you feel that there is no point to living? Do you feel worthless? Where “ten” was all the time and “one” was not at all. He had spoken to her carefully afterwards in precisely the way she craved, and she was terrified that she had lied, exaggerated. Why wasn’t that a question? Do you think you have made this all up?

“At least you have been out there. To the party,” Hannah said. “I only made it to the front room.”

“I’ve been doing this for longer than you,” he said. “Going to parties alone.”

Charlie raised his eyebrows. “Look at me,” he said, gesturing to his suit. “I don’t even try.”

“Exactly,” he said and, seeming to remember himself, he smiled. “Thank you. Thank you, Hannah.”

There was a moment of silence before he took a breath and said, “Have you eaten?”

“There’s a place close by. A coffee shop, really. They have some good meals.”

She considered it for two seconds. “I would like that.”

They did not try to find Amy or Kurt, and she guessed this broke some private etiquette of his. Not for her. On their way out, she collected the pie from the top of the television cabinet. It was thrilling, as if she had stolen a precious thing. 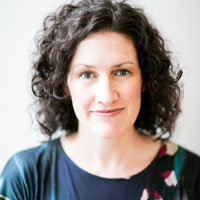 Melissa Goode is an Australian writer living in the Blue Mountains, just outside of Sydney. Her work has appeared in Best Australian Short Stories, The Fiction Desk, Crannóg, Halfway Down the Stairs, Pithead Chapel, and Mulberry Fork Review, and she has been a featured writer in Bang!. One of her short stories has been made into a film by the production company Jungleboys. She is currently writing her first novel, What Have We Become, which was selected by Random House for a publishing fellowship with Varuna, the National Writers House in Australia.