PAUSED
by Emily Steinberg
with an introduction by Susan Squier

My own menopause was a surgical one. It surprised me over the course of several months, with excruciating pain, then finally a diagnosis of ovarian torsion, then a hysterectomy/ovariectomy. It announced itself so dramatically that I felt entitled to give it the proper respect. To pause. To rethink everything (which is what I did, which is another story.)

But reading Emily Steinberg’s remarkable comic Paused, what grabs me is her remarkable recognition: her gripping ability to see the Dark Horse Menopause approaching (“unbidden and unwelcome”) amidst the dailyness of a young woman’s life, to envision Menopause announcing herself in her calamitous lability, her flow of symptoms (waking, drenched, freezing, stuck, and then raging heat surges/broiling/sweating), and finally her mythic multiplicity.

…she’s a banshee; she’s La Belle Dame sans Merci in her fully cloaked and unwelcome glory; she’s a desiccated Madame Frankenstein (in academic jacket) lurching towards us and yearning for the lube that love requires…

Steinberg’s wonderful, witty comic reintroduces us to our manifold ways of unknown knowing (sorry, Rumsfeld) about what menopause is, culturally and personally: she’s a banshee; she’s La Belle Dame sans Merci in her fully cloaked and unwelcome glory; she’s a desiccated Madame Frankenstein (in academic jacket) lurching towards us and yearning for the lube that love requires; she’s the fabulously trans-Tin Man, hoping for that oleaginous elixir; and she’s even the marvelous girl-golem, a Mummy prostrate but ready to display her power, even in her full body cast, nose-cone bras fully extended.

The passion, the power, the colorful claiming of what menopause is for women, for women artists, for those of us deeply attached to both science and culture in the Western world, is the wonderful gift of Emily Steinberg’s comic, “Paused.”  But more than that, it’s the example that Emily Steinberg offers us: of using our colorful imaginations, our mythic archives, and our gutsy ability for backtalk to counter the greying, damping, muting effect of an unchallenged menopause.  I love her closing words: “I will vanquish you yet, sucker. You, and your bony horse too.” 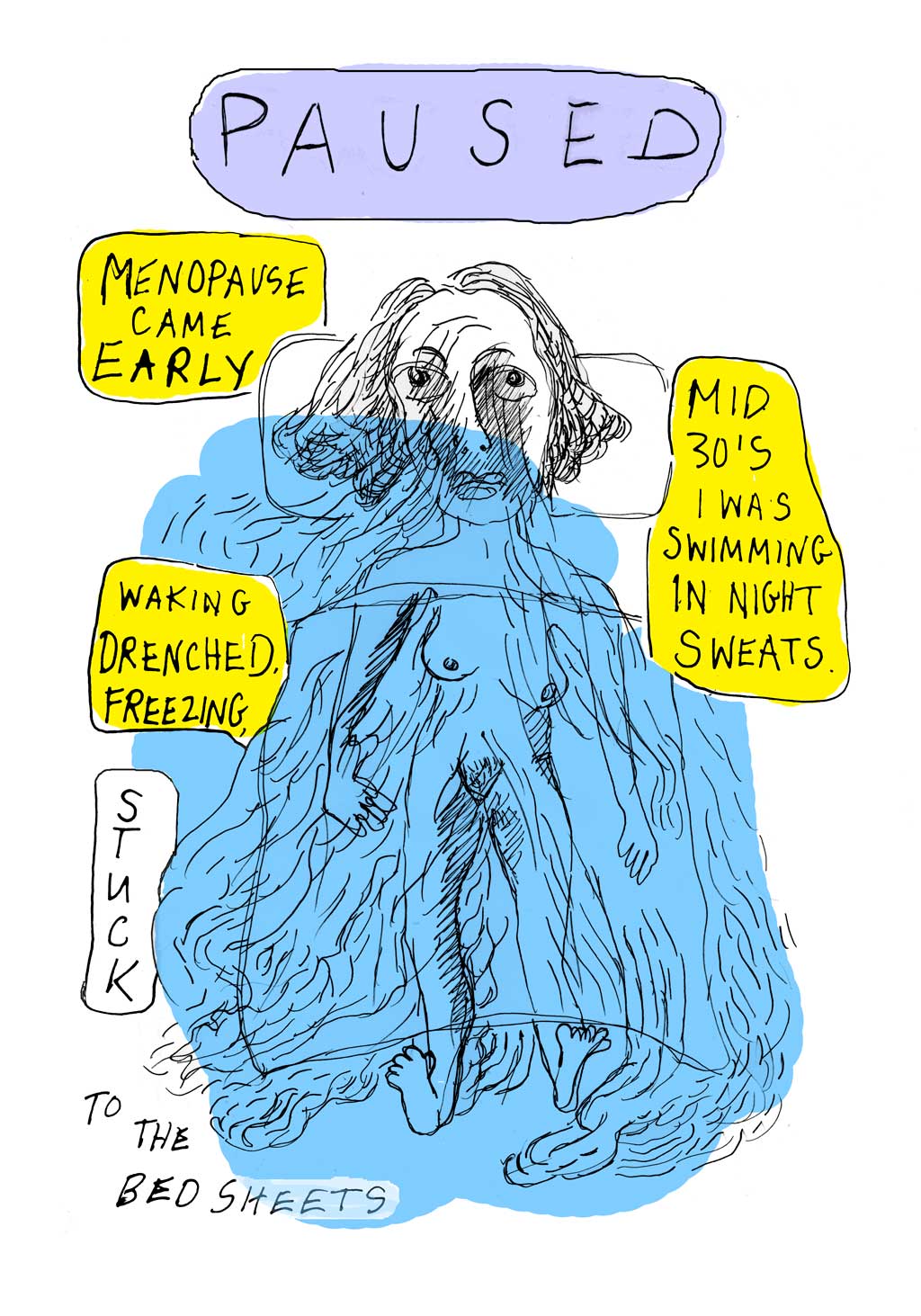 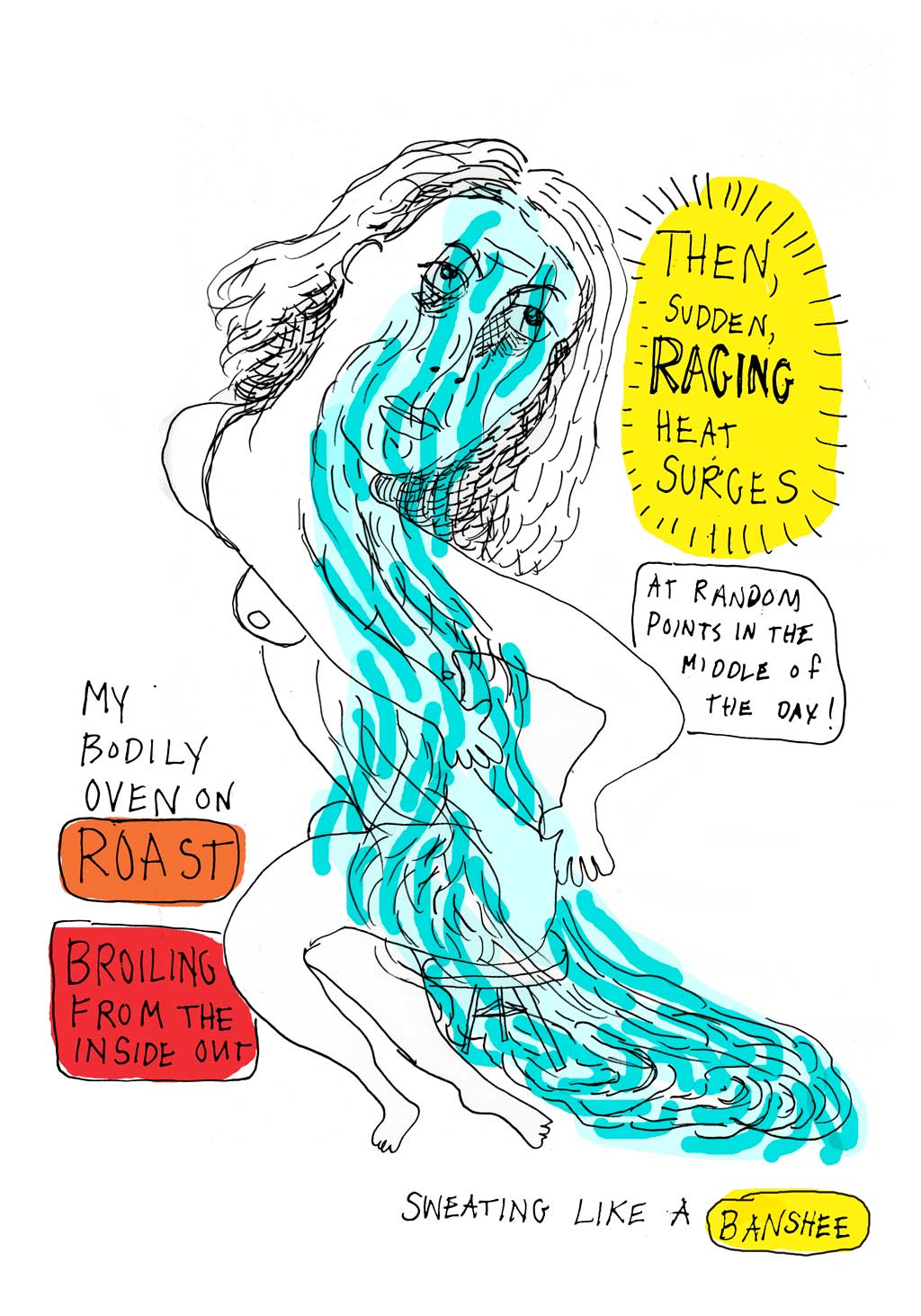 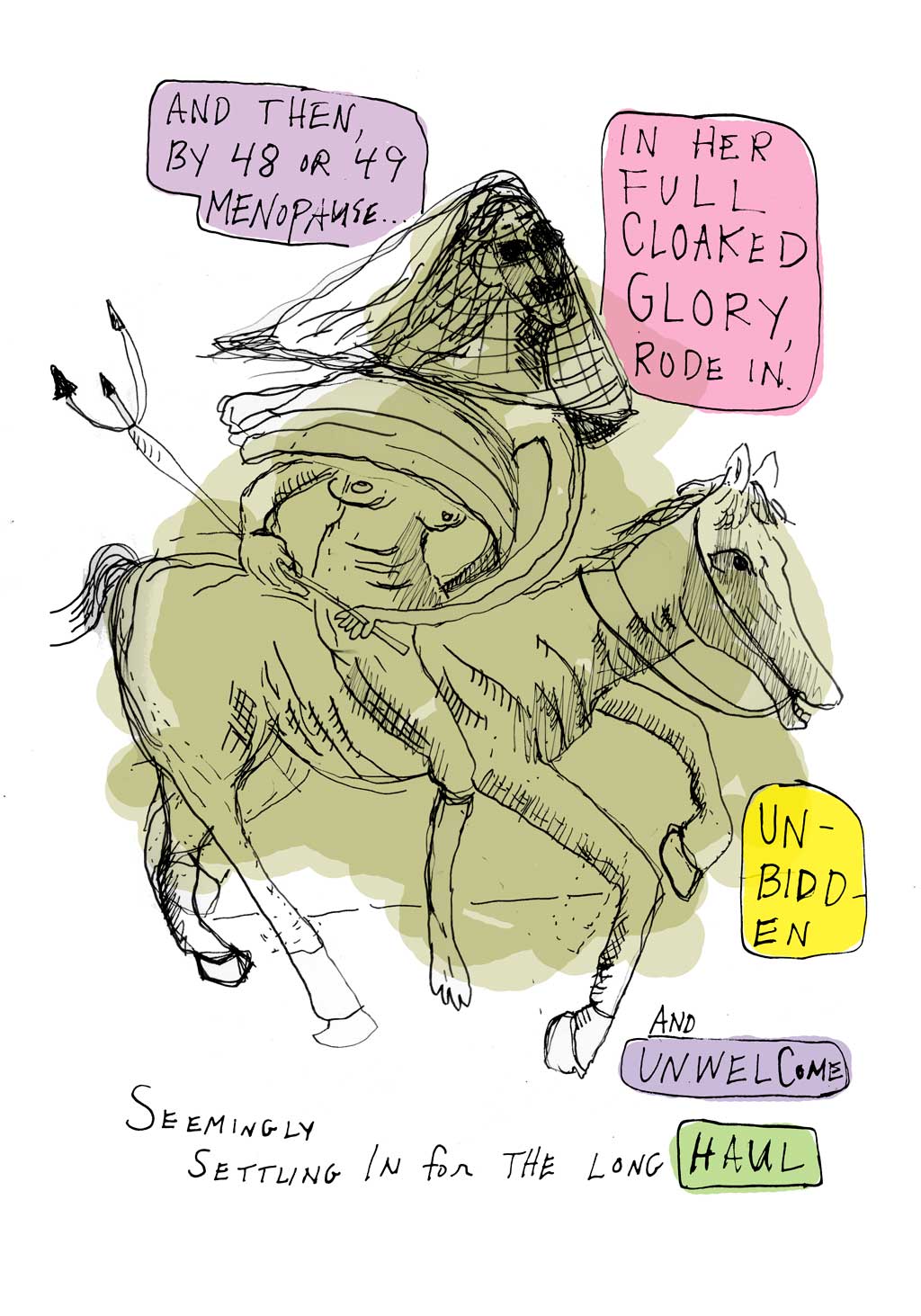 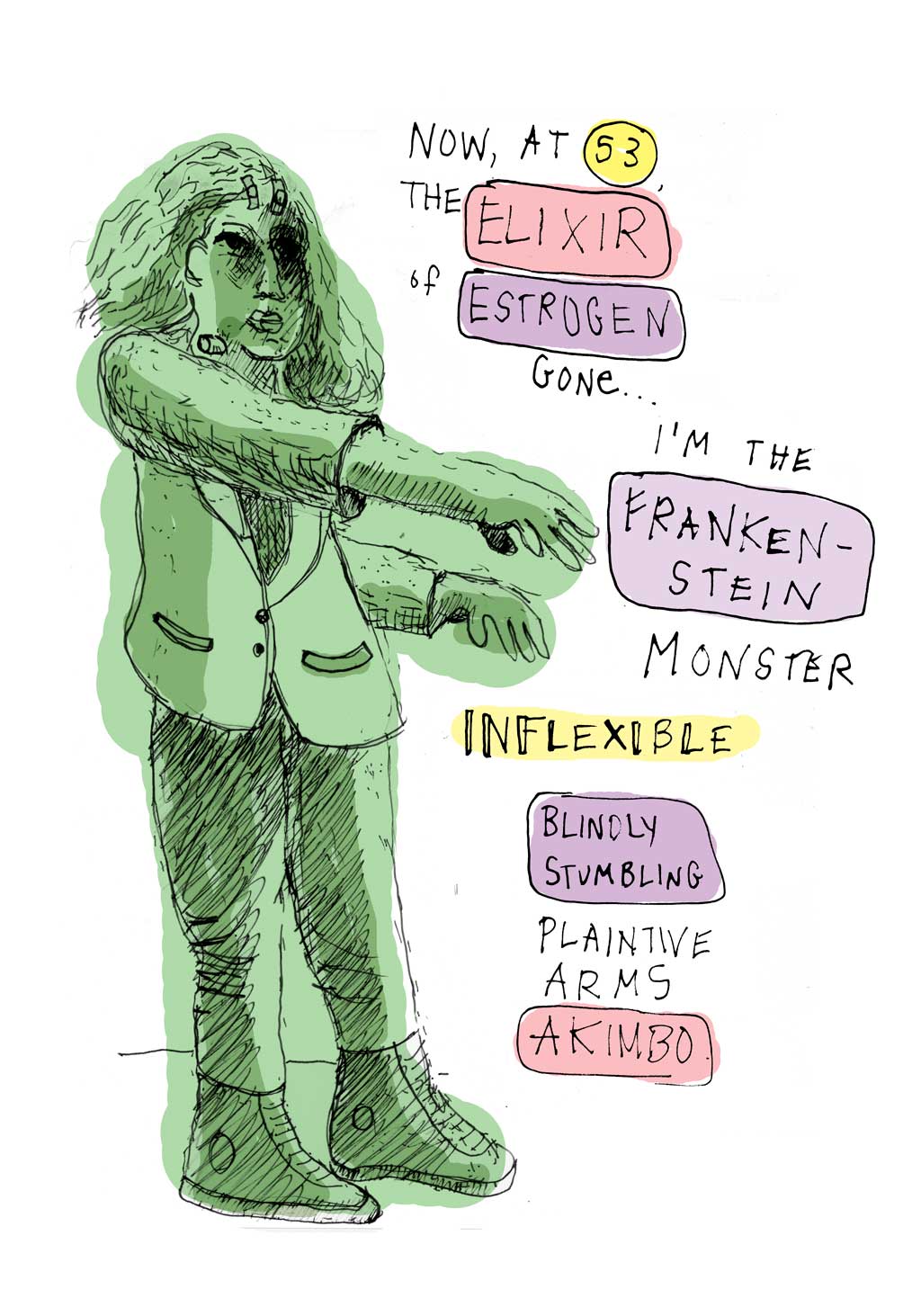 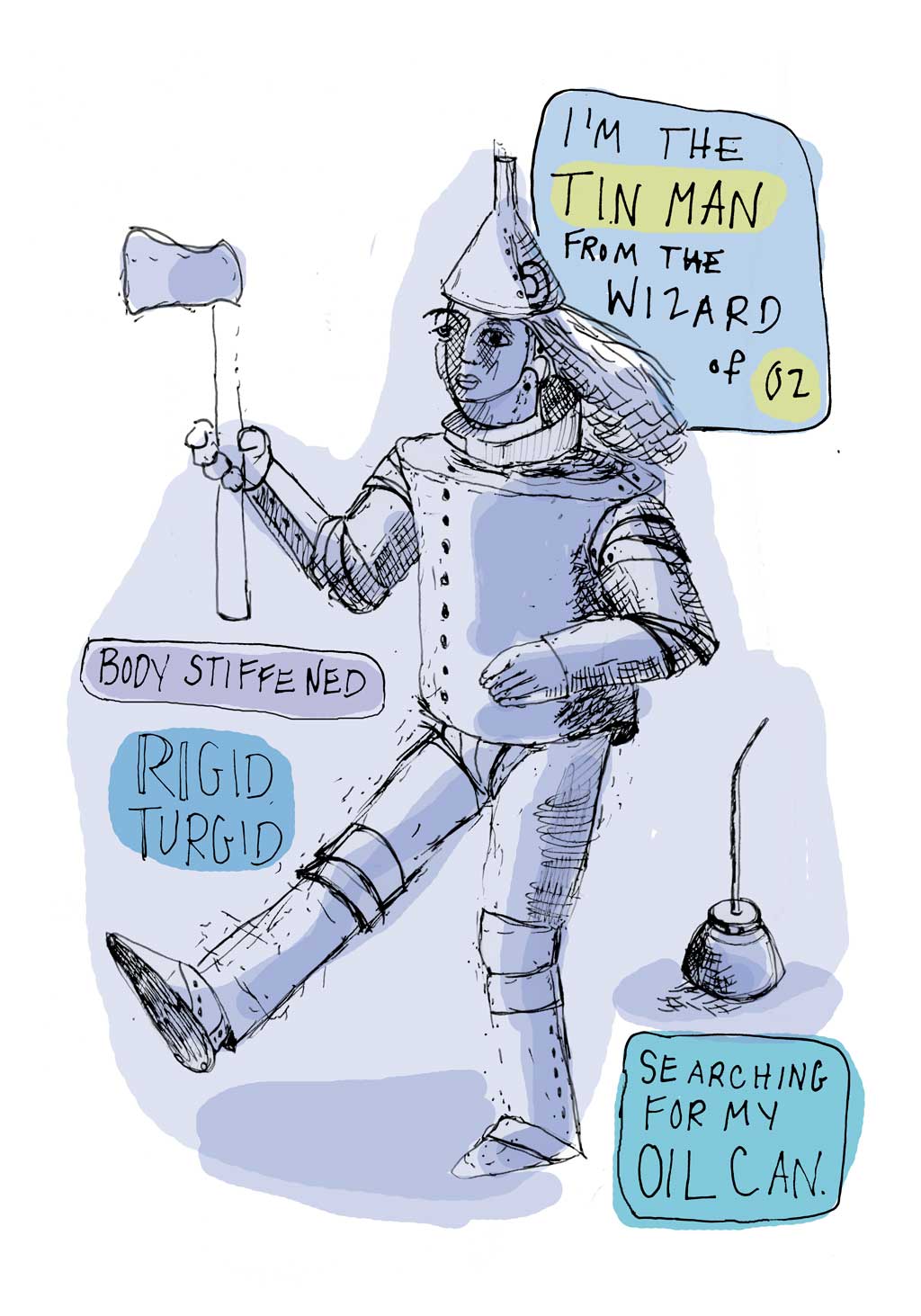 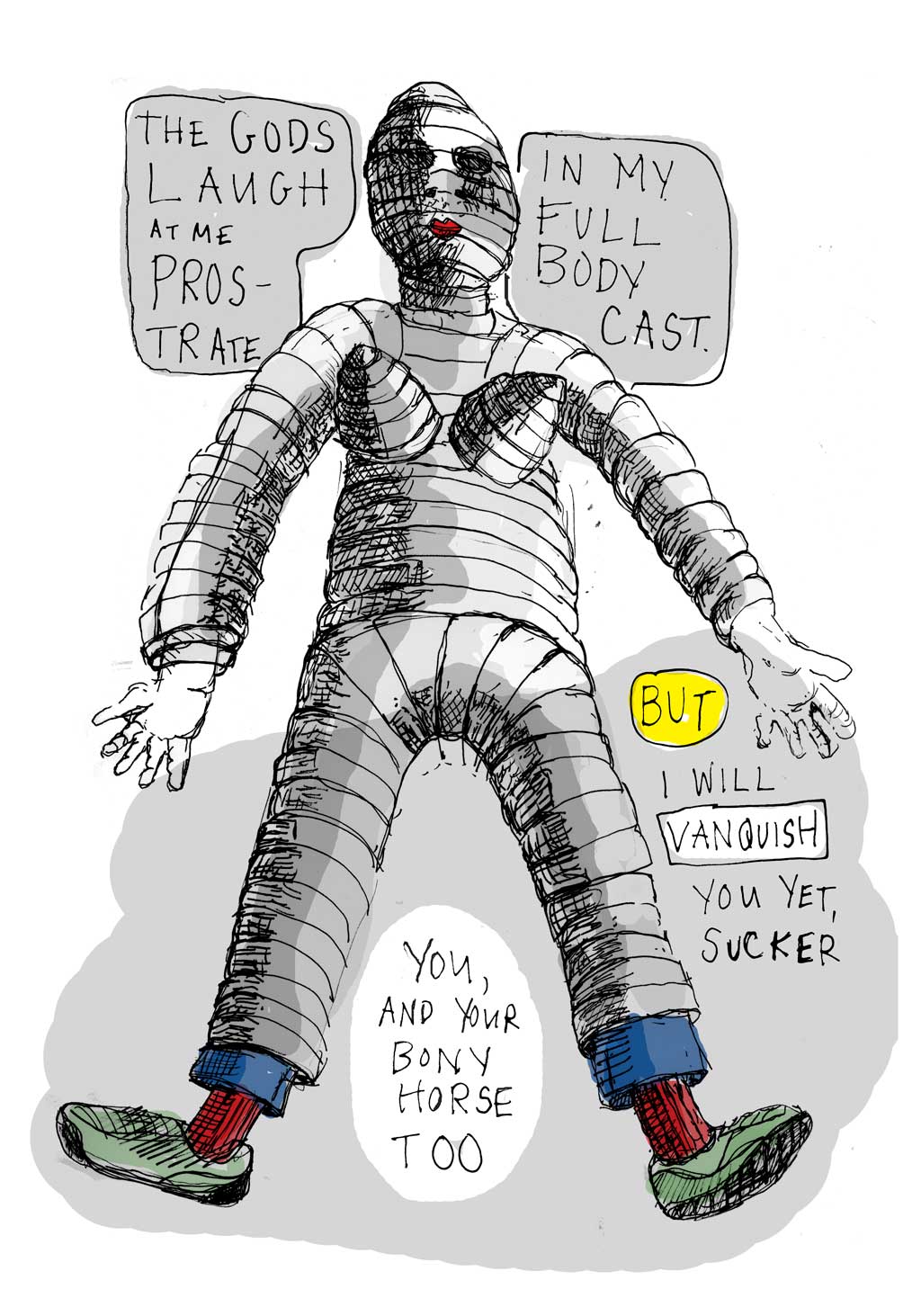 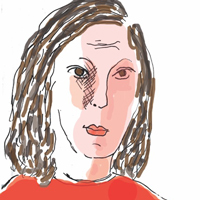 Emily Steinberg is a painter and graphic novelist and has shown her work in the United States and Europe. Most recently, images from her visual narrative Broken Eggs were featured in an exhibit titled Sick! Kranksein Im Comic: Reclaiming Illness Through Comics at the Berlin Museum of Medical History @ the Charité, Berlin, Germany. Her graphic novel memoir, Graphic Therapy, was published serially in Smith Magazine, her short comic, Blogging Towards Oblivion, was included in The Moment (Harper/Collins 2012) and her visual narratives Berlin Stories: Time, Memory, Place (2017), A Mid Summer Soirée (2015), Broken Eggs (2014), and The Modernist Cabin (2013) have been published in Cleaver Magazine. She currently teaches painting, drawing, graphic novel, and the History of Comics at Penn State Abington. She earned her M.F.A. and B.F.A. from the University of Pennsylvania and lives just outside Philadelphia. 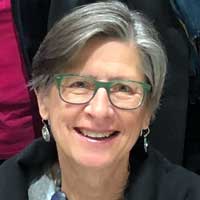 Susan Squier is Brill Professor Emerita of English and Women’s Studies, Penn State University, and Einstein Visiting Fellow at Freie Universität, Berlin, where she collaborates on the PathoGraphics Project.  She is co-author of Graphic Medicine Manifesto (PSU Press), and author, among many other books, of Epigenetic Landscapes: Drawings as Metaphor. 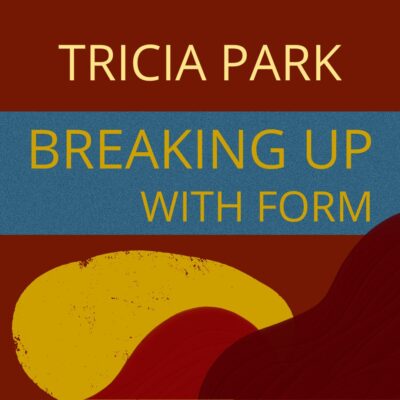 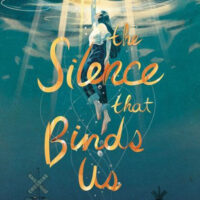