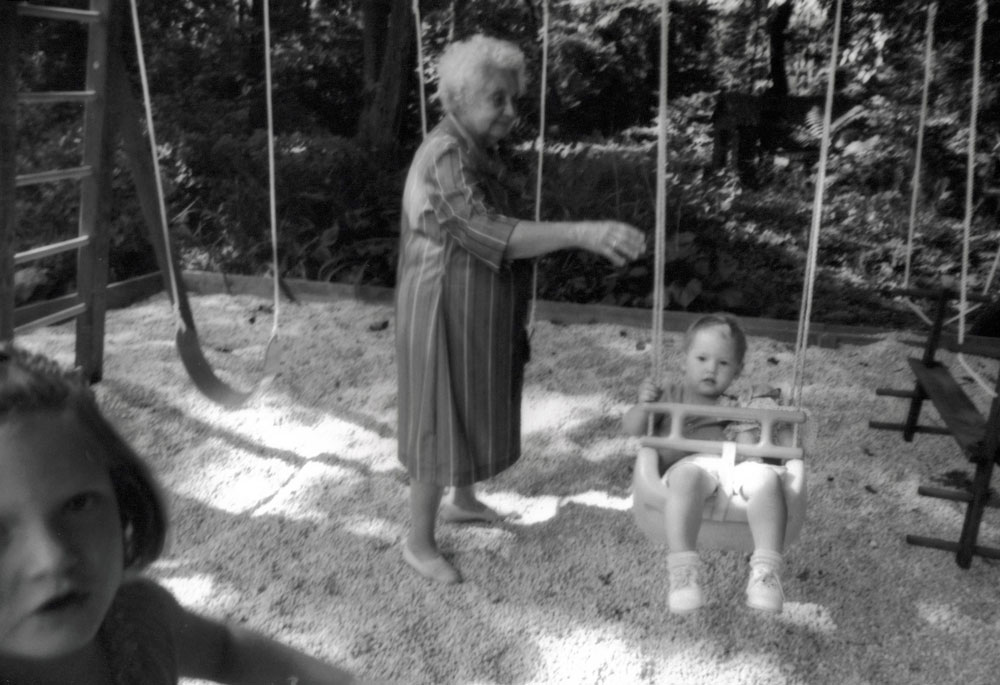 A woman glances at her watch, one hand resting
on the grip of a wheelchair, wherein is ensconced her mother.
Both wear khaki sunhats and sea-foam green respiratory masks,
coral shirts. Squawks and wing beats thunder

among the buildings. The daughter shuttles her ward
between the range-of-motion machines
at the playground, settles her

in front of a symmetrical set of yellow wheels.
The mother lifts her arms to their handles. A toddler waddles
up, her pink pants ballooned with newness

and diaper. She squats, taps a foot on the platform
of the hip-rotator, glances over her shoulder at her parents.
The mother in the wheelchair swings her arms
in two mild, mirrored smiles. A family

squabbles over a soccer ball. Laughter rattles
tiles and concrete. The daughter
consults the time, peels her mother away
from the park. A graying man bats a birdie

with a girl. I watch. A mosquito drinks my blood
through my nylons. I wave it off.

A quiver and a
buzz: his spine
snaps together.
The pieces spin, which
pulls his grin increasingly
wide. Chalk sifts
from that seam, bellows into a
rude nebula,
the parlor cloud
into which he
disappears. Dad?

Several palms whistle parables which dissipate before the second
splits. Instants quicken. Who the fuck am I? Anyone

who glances inward in this climate suffuses, stuns at
the nothing; how dilate the still water, how rough

the silence of am. Wind from the mountains disrupts
nothing’s plans, dances the black coffee up to the mug’s lip. Nothing happens.

Nothing comes. Wind from the mountains rushes through a ribcage. Nothing
is reflected in nothing’s blood. The heart and lungs

persist in rhythmic contradictions. Several sets of hands clamor
for what?–press together, wring, smatter. Nothing happens. 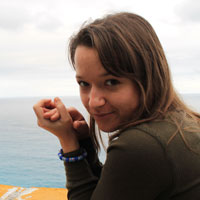 Jessica Morey-Collins is a California expat currently writing literary curriculum for an SAT prep school in Taipei, Taiwan. Her poems can be found or are forthcoming in the North American Review, Metazen, ILK, The Buddhist Poetry Review, Vinyl Poetry, and elsewhere. She has been fortunate to have her poetry choreographed by Los Angeles’ Jam Today Dance Theatre, and to regularly (though remotely) work with the talented writers of Inland Empire’s literary community, PoetrIE.