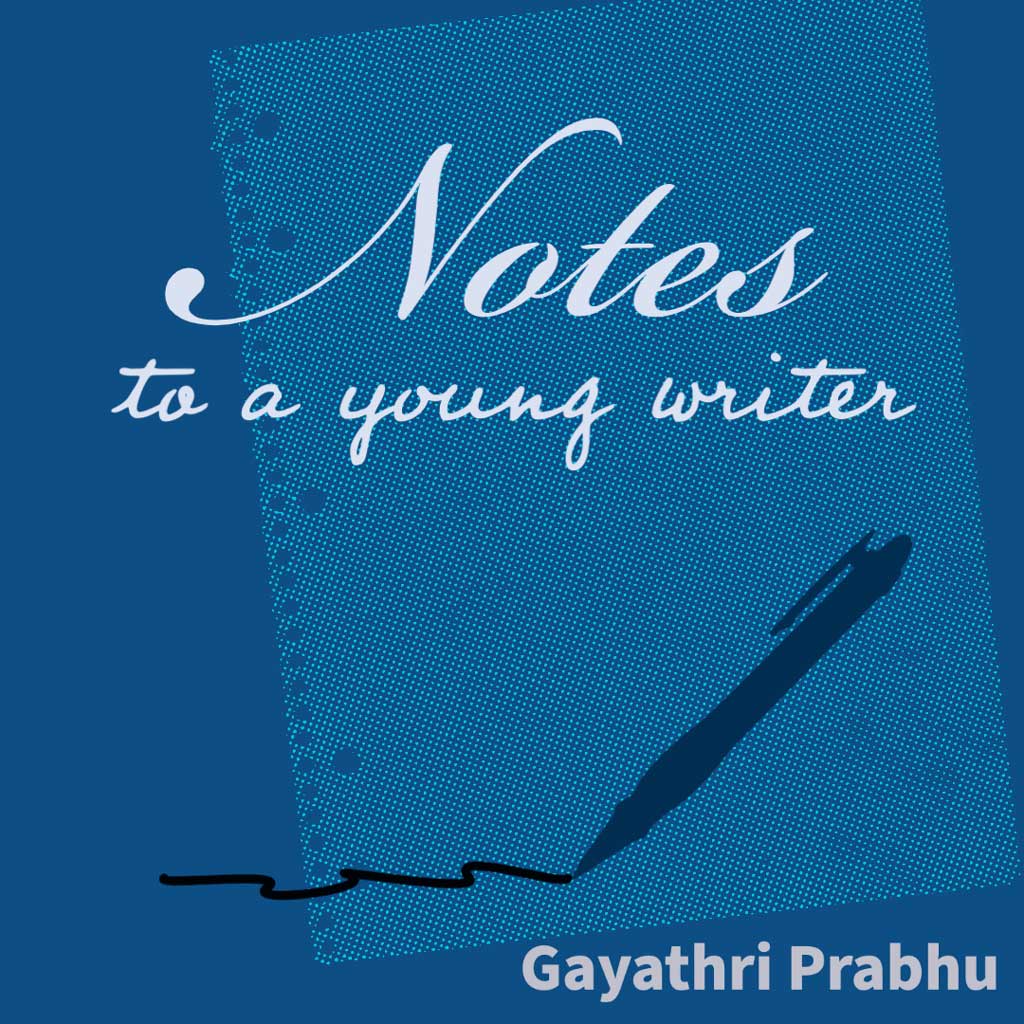 NOTES TO A YOUNG WRITER
On (Re)writing, (Re)vision, Editing, and Other Random Terms
A Craft Essay by Gayathri Prabhu

The young writer asks me, the mentor whose name is vertical on book spines, a question about writing they wish would go away. No doubt they can write, they know that, they love that, but the question is really about rewriting. What they seek is vigor and inspiration in writing, the kind of dazzling force that they believe only spontaneity can create, and none of that squares up to my advice about reflection, revision, and molten sentences constantly recast. Yes, yes, they agree with me about the demands of crafting, of sentences that need trimming or ideas that need extending, but what does one do with the air of drudgery and scrutiny that is evoked by rewriting? The young writer would like to believe in something that is complete in the incompleteness of the first draft, its creative ferment and immediacy, not to mention the freshness of a mind just churned. How does one retain such immediacy and force if one submits to the exhaustion of more drafts?

I take recourse in an anecdote about two books written simultaneously by a writer who only intended to publish one. The Nobel laureate John Steinbeck wrote East of Eden in black pencil on blue-ruled paper notebooks that were supplied to him by his friend and editor, Pat Covici (to whom the novel is dedicated). While Steinbeck wrote his manuscript on the right-hand pages of these notebooks, he would unfailingly jot down ideas, comments, resolutions and verbal snapshots of each working day on the left-hand pages. These parallel writings became the book Journal of a Novel, published in 1969, a year after Steinbeck’s death. To dip into its pages is to have the privilege of looking over a writer’s shoulder, to know something about the contours of their thought process, the best demonstration I know of the continuum of writing and rewriting. While Steinbeck’s informal entries are often explicitly addressed to Covici, there is no doubt that Steinbeck is in dialogue with himself about his craft; at each step is the implication that the terrain of imagination and writing must be revisited several times.

The first edition of Journal of a Novel includes a Publisher’s Note confirming that Steinbeck made “extensive revisions, omitted whole passages and rearranged some of the chapters” to the first full draft of East of Eden. However, unlike the celebrated novel, the collection of writings that finally became the precocious Journal of a Novel was “never revised in any way” since its author never intended it for publication. On the contrary, “its repetitions, even its seeming irrelevancies, are a part of its documentary interest.”  In the first entry in this journal, dated January 29, 1951, Steinbeck reflects on the inexplicability, the clumsiness and difficulty of a craft that tries to “find symbols for the wordlessness.” And then as if to rouse himself to get to work for the day, he writes, “A good writer always works at the impossible.” In this very private word of encouragement that a writer gives his hesitant self, we understand that while the aspiration may seem impossible, it is the constant (re)writing that brings our words into the realm of plausibility, and then, finally, to bounteous possibility.

Could it be then, I ask the young writer, that rewriting is not an appendage to writing, but is the unavoidable heart of the matter? When we start to write, if the sentence has to shape up for any reader’s comprehension, we are already in the realm of rewriting. Rewriting is not the aftermath or the consequence or the cosmetic surgery to early writing. And most importantly, writing does not come before rewriting. To rewrite or to re-vision, one begins with the awareness that writing is a process and that there is a constant negotiation during that process between the thought or idea and the words that accompany it in the first iteration.

Therefore, to be a writer is inevitably to be a rewriter.

The young writer clarifies with alacrity: of course, they agree, and in no way would they imply that readers must be inflicted with their writing angst, but if writing and rewriting are indeed simultaneous and continuous, what do we make of editing? Is it different from rewriting, or is it just a matter of fussy nomenclature?

Thus, our discussion turns to in-built editors—all writers come with one. This in-built editor is the voice in our head that can spy a sentence taking flight or berate the use of the same fraying connective for the seventh time in five pages. But to think of our writing selves as creating and our editing selves as tidying, one as before and the other as after, is to cleave the creative life for no good reason.

“Thought was never an isolated thing with me” reveals William Carlos Williams in his autobiography, “it was a game of tests and balances, to be proven by the written word.” A game, playful, even joyous perhaps, that is not linear, but concentric – thought, written word, and tests and balances (the craft of composing, rearranging, tuning) form the composite of a writer’s work.

It may be helpful, I say, to think in terms of drafts, the many versions of a work as it morphs from first idea to the published text. For instance, when I have to make significant changes to my manuscripts—these may be of structure, language, voice, tone, tense, plot, or even genre—I start a new draft, a blank document into which I transfer or rework relevant parts of the previous version (a copy of which is saved somewhere). Editing, on the other hand, is when one is content that the draft is now more or less stable and changes will be much more geared towards tweaks of clarity, punctuation, lexicon, grammar, and syntax. When I edit, unlike when I rewrite, I do not clone any further versions or files but make the corrections within a draft that I now think of as done. However, I do feel obliged to tell the young writer, as I have heard it remarked elsewhere, that manuscripts are never finished, but published.

We are of the same tribe, the young writer and I, a tribe that obsessively count words, lines, pages, hours at the table. If we have slaved for days on a few pages, we are loath to discard it, or even to recast it. We grow attached to bits that other readers (those we dare trust) will tell us to let go. We cling without shame because good writing is hard-fought and it takes courage and humility to finally accept that much of what we put on the page may not be good enough to make it to the next draft. As painstaking as knowing what to take out of our drafts is the finding of parts that we can sense are missing, to write and fit them in without the whole edifice taking a tumble. The grand sweep of ideas might conjure an essay, a poem, a book, but it will begin to breathe to another pair of eyes (outside our heads) only through the integrity of the details that we carefully bead together.

And so, we agree that it does not matter what we call any step in the writing process, so long as we are able to think of steps or progressions that include all kinds of nurturance and hindrance, because it takes us closer to being better at the craft. I may have written more pages and for more years than the young writer, but our struggles at the writing table look the same. Word has to follow word, some to be deleted, others to change, a few more to add, and yet resolutely, word after word, till, the end. 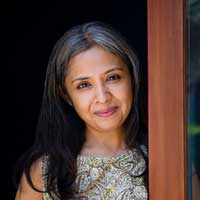 Gayathri Prabhu is the author of four novels, a memoir, a novella in prose poetry, and a book on black and white Hindi cinema. She teaches literary studies at the Manipal Centre for Humanities. Her work can be seen at her website.