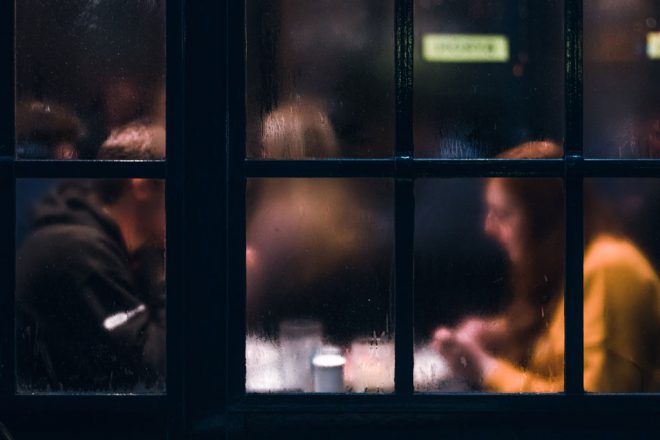 A BOOK BY ANY OTHER NAME: ON TITLES AND DATING
A Craft Essay
by Melinda Scully

Imagine a reader is on a blind date with your book or short story. Maybe a friend set them up, or they ventured out for a local singles speed-dating extravaganza. The specifics don’t really matter. The point is, the reader is on the hunt for a new story to love, and it could be yours. How exciting!

Your story walks up to the table, and in mere moments, the reader subconsciously asks and answers about seventeen questions in their head, maybe starting with…

Did your story pass the test? Did you even know you were being tested?

Let’s hope so, because by this time your reader already knows whether they want to proceed with the date. Readers are ruthless. If they don’t like your first-date disco suit, they’ve already rung the rotation bell and moved on to their next option.

That is the power of first impressions. In fiction, that is also the power of titles. Readers are supposed to judge a title. The author knows that you’re doing it, so theoretically, they’ve chosen that title with love and care.

Except… when they don’t. How often do we type “STUPID DRAFT #3” and hope a title will eventually manifest (and if it doesn’t, we resort to using the jazziest simile our story has to offer)? Or, we start the page with a title that sounds snazzy, and we never think about it again? Too many of us forget that the title should be a selling point—not an afterthought. We must craft it as an honest, interesting representation of our work that smacks the target audience right in the face. It should intrigue the reader. Flirt with them.

We could talk about what makes a title fantastic, but a great title is like a great date: there’s not a single formula, but you’ll know it when you see it. Bad titles, though? We immediately identify them on others’ work; unfortunately, we aren’t so good at recognizing our own. Can you confidently say you’ve never made a bad first impression without knowing it?

So, for all of our edification, behold—an incomplete list of weirdos you don’t want to show up on your blind date:

Wasn’t she supposed to be a 5’11” volleyball player?

Ever read something and think wow, that is not what I thought this was going to be about? You got book-baited. I know sometimes it is fun being fooled by a title: One Flew Over the Cuckoo’s Nest and To Kill a Mockingbird are fortunately not about birds. So, what’s the difference? If your title is misleading, ask yourself whether the deception serves a specific purpose. If not, please reconsider bamboozling your readers.

He’s wearing khakis, works in accounting, and good god, he has nothing interesting to say.

Unless your title is ironically boring, you probably don’t want your reader’s eyes to glaze over before the first paragraph. Come on! Your story isn’t tedious, so why should your title be?

A title should at least hint at something interesting the reader will experience in the story. What’s the tone? Where is it set? Who’s it about? Can I have one teeny tiny little mental image? Give your reader something to react to.

She has no boundaries. In fact, she already mentioned her raging yeast infection. Do you even need to know more?

I know, this doesn’t seem fair. You just told us not to be mysterious! Well, it’s a balance. If you share all of your secrets upfront, then what is going to keep the reader interested?

Good Example: Gone with the Wind

He’s soooooo deep. Too deep. He should really introspect introspectively.

This is when the author uses the title to make an unnecessary value statement (probably one that the text already makes for itself). Or, the author chose the title for their own personal or sentimental reasons (ones that the reader will never understand). Remember, the title is for your reader and the betterment of your story. Not for you.

Good Example: The Girl with the Dragon Tattoo

It definitely started with a K. Or… a Q. Is it tacky to ask for his business card?

These are the titles that sound clunky, are hard to remember, or are exceptionally difficult to pronounce. You need people to be able to say the name of your story out loud. As a test, try saying it five times fast. If you can’t manage it, your readers won’t be able to either.

Trying hard, but not in the right ways.

Mid-workshop: “I picked the title because it sounded cool.” Yeah, we can tell.

Do these guidelines always apply? Well, no. There are a handful of situations where a disco suit might be the right choice—for example, if you’ve got sweet dance moves, and you’re headed to a Halloween party. The point is that first impressions matter, and also, there is a lot of room for error. Avoiding common pitfalls will maximize your chances of a second date with the reader. When in doubt, ask a brutally honest friend for an opinion. They’ll tell you if your suit has too many sequins. 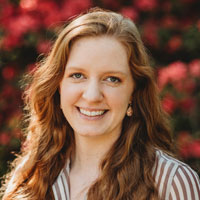 Melinda Scully is a fiction writer and operations strategist based in Dallas, Texas. Besides writing, her skillsets include math, competitive swing dancing, and spreadsheets. She is working towards her MFA in creative writing at the University of British Columbia. Find her on LinkedIn or on Instagram @melindascully.