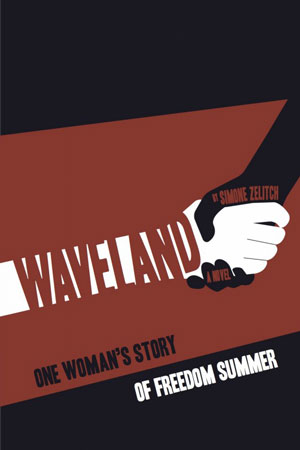 WAVELAND: One Woman’s Story of Freedom Summer
by Simone Zelitch
The Head & The Hand Press
221 pages

Any discussion of race is going to include a good story. Identity is organic; it’s not semiotic, raised like softened noodles from a theoretical alphabet soup. Race is about how we relate to ourselves, to others, and how our stories mix together. Is it an educated, white woman’s privilege to say that? Maybe. I can’t see outside of myself, though I can admit my limitations. I wouldn’t presume to take on another person’s story, as that dishonors their experience.

This dilemma—the quandary of the white liberal who genuinely wants to work for racial equality—is the piercing thread that runs through Simone Zelitch’s fourth novel, Waveland. Set in 1964 and the decade that follows, Waveland brings the Freedom Summer to life. Young people from the Student Nonviolent Coordinating Committee (SNCC) worked to register African-American voters in Mississippi. They set up Freedom Schools in church basements and back rooms and offered classes in civics and basic skills. They were beaten, arrested, and disappeared. The mixed group, SNCC, was real—not imagined—and when Zelitch starts blurring the lines of history with fiction, things get a little crazy.

Waveland uses the past to challenge the future in ways that are both thrilling and uncomfortable to read. An idealistic, prickly Northern student, Beth Fine, leaves her university in a powder-blue Corvair to give her energy to the Freedom School movement that’s cropping up in Melody, Mississippi. Her attraction isn’t just the group’s radical call for integration. Ron Beauchamp, one of the movement’s leaders, hooks her in with a kiss. Does this sound like soft-soap?

It’s not. Racism is not dead, and in the early 1960s it was alive and murderous. “Your brother or sister could be dead tomorrow,” Ron says to himself, “shot through the neck or burned in the basement of a church.” Interracial relationships were an invitation to violence; people who mixed were under threat, always, from “good” white people who wanted to regulate the status quo. 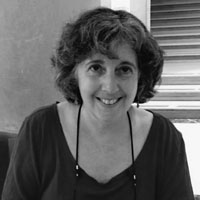 One of these people is Cy Cohen, a young Jewish man in Melody. Cy runs a hardware store, and enjoys borderline acceptance in white society. He’s quick to point out his virtues to Beth, even as he menaces her: “Not everyone’s like me.” It’s true. Jews are outsiders in Mississippi. In order to pass, Cy falls into lockstep with the mainstream. Beth’s interest in racial equality—and Ron Beauchamp—perplexes Cy.

This is no pageant play or Uncle Tom’s Cabin. Stereotypes are unstitched and turned inside out, shedding their batting. Zelitch’s characters are fresh. They leap off the page to confront you. Beth is no angel. She’s prickly as a junkie, sharp-tongued and contrary. Rather than strand her characters in romance novel territory, Zelitch pushes the envelope in every way. She examines the Southern race hierarchy, and lets Ron, Cy, and Beth find new ways to subvert it. As Beth ages, flourishes, and struggles, we see the intense pain of the United States coming to terms with its own deeply ingrained racism.

Can a white person have ownership in a black person’s movement? Can a white person help, or does the color of her skin disqualify her from really being part of it? Zelitch reminds us, masterfully, that social change is too often reduced to a series of symbols: a black man savaged by a police dog, white and black hands interlaced, a black face broken by a two-by-four, a burning cross.

To look below the surface takes courage—to see the coward inside myself, insisting that I’m one of the good ones. Not everyone’s as nice as me. Zelitch keeps the focus on the issues that matter, and doesn’t let the reader off the hook, not for a minute. Waveland is an instant classic that exposes the deep, selfish roots of racism in the United States.