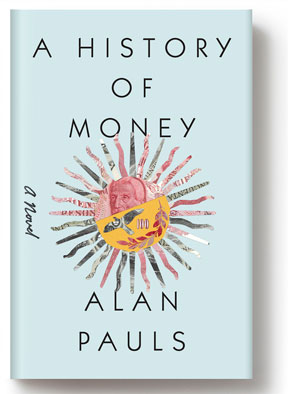 There has never been a time when the subject of money wasn’t fertile ground for a work of literature; whatever view you take on its role in our lives, it’s central to them. From the economic policies of governments to the spare change tossed into a busker’s guitar case, it’s difficult to imagine what life without it might look like. Not a bad subject, then, for a work that is set to catapult its author onto the international stage. Alan Pauls is an Argentinian novelist, essayist, and critic who has been writing fiction for years while holding various academic and editorial posts in Argentina and the United States. Indeed, he seems to be so active and prolific in his various roles that it’s perhaps surprising that Pauls’ 2007 novel, The Past, has, until now, been his only work to have received an English language translation. With A History of Money, he should have assured that such negligence comes to an end. This is a skillfully realized work, as accomplished in its execution as it is acute in its criticism.

The novel follows a nameless protagonist from childhood to middle age, through relationships both familial and amorous, and across decades in which money, in different ways, dominates the lives of everyone involved. Spiraling out from that most familiar of tropes—a dead body and a suitcase full of cash—the book very quickly becomes something intensely unfamiliar: a work of torrential stylistic abundance in which compassion and indignation find equally potent expression. It’s this style that is the dominant attribute of A History of Money, rendered impressively in a vibrant English by Ellie Robins. Pauls’ prose rolls onto the page with incessant vitality, as though going downhill and at great speed. Not only does this make for a dynamic reading experience, it’s also a manner of delivery that aptly complements the subject matter being explored. One only has to look towards present day Greece to see how quickly the effects of economic crises can unfold, and the Argentina of the novel—spanning four decades from 1966—seemed to often be spinning out of control.

The country had no less than five currencies during this period and the turbulence that accompanied such changes was immense. As a short note on the text points out, the fictional events in A History of Money take place “over decades of real tragedy” and that “extreme instability in all spheres” permeated the nation and its people. What Pauls’ style does so impressively is channel a hectic, free-wheeling spirit and sets it tumbling from page to page in a way that evokes the daily commotion of such an environment:

And just like that, in the few minutes it takes this legendary father to clean out a sheik in Monaco, or break the bank in Baden-Baden, or get locked up for claiming responsibility for the urine with which a tourist in his charge decides to leave his mark on the ruins of Pompeii, the peso has depreciated so vertiginously that the pockets of the jacket he wore especially for the occasion, which were tried and tested in the same basement the previous Friday, in front of the same redhead cashier who counts money with one hand while peeling the other’s cuticles with his teeth, can’t accommodate the heap of australs he receives in exchange for his dollars.

The novel abounds in sentences like this, which unfold with a rapid unpredictability, the termination of which leaves the exhilarated and breathless reader wondering what exactly just happened. It’s in this way that parts of A History of Money are felt before they’re understood, and thus possess something of the character of economic instability itself; the pace of events find an echo in the celerity of the prose, and this marriage of form and function contributes enormously to the book’s rich and stimulating tone. 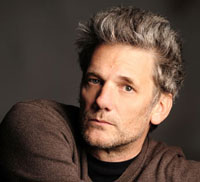 ntensifying this frenetic atmosphere is the author’s tendency to have his narrator jump around in time. The book’s title encourages the reader to expect an historical account of some sort, one encompassing origins and sequences of events that culminate in a particular outcome. Instead, Pauls delivers a lithe, deftly executed tale, peppered with temporal shifts that are impressively absorbed into a compelling, kinetic narrative. They come in all sizes, from the barely there to the enormous and they do so with a quick-fire consistency that not only heightens the novel’s sense of overarching chaos, but draws a thread of humanity through that chaos that accentuates the one against the other.

A particularly generous source of such movement is the protagonist’s relationships with his divorced parents, two figures that cast large shadows over the work. His father is a gambler and a man seemingly incapable of living anywhere except on the edges of financial security. His mother, meanwhile, is a socialite who has similar difficulties keeping hold of money, though her preferred method of squandering it is usually via questionable business deals and lousy property investments (one of which consumes money so ravenously it earns the moniker “the Beast”). As they both flirt with disaster after their own fashion, their roles in our anonymous hero’s life provide abiding theatres in which Pauls performs his chronological acrobatics. The following, for example, comes at a point at which the protagonist has received a sizeable and unexpected “living inheritance” from his stepfather:

Meanwhile, his mother, whether out of objection, or jealousy, or because her husband’s decision surprised her as much as it did him, takes every opportunity to let him know that she was responsible…She tells him this when he first receives the money, naturally, but she also carries on telling him after that, eternally, so that he can never forget: when he uses it to renovate the apartment he plans to share with his wife, and later on, after the separation, when he and his ex-wife sell the newly renovated apartment and he broken-heartedly spends all the money, blows it—him, too!—on a trip to Europe that couldn’t be more depressing, and even much much later when the little matter of the living inheritance has been totally forgotten, is off the agenda, and his mother and her husband separate after thirty-five years of marriage in the midst of calamitous financial and emotional bankruptcy, made mortal enemies by, among many other things, the way in which the construction of the Beast has eaten away at them over the almost fifteen years they’ve spent dealing with it.

At first sight, it’s easy to feel that such an agitated narrative style is too active for its own good and that these flashes through time amount to little more than stuttering distractions. As the pages pass, however, any such feeling is swept away by the novel’s engrossing, unrelenting pace; soon enough, it’s clear that the way Pauls inserts these great chronological jumps, along with the insights into the future lives of the characters that accompany them, effectively emphasizes both the unruly timbre of the period as well as the fragility of the people passing through it.

Most importantly, however, what this shifting about in time affects is a surprisingly moving final act. It’s surprising because A History of Money is not, for the most part, a novel that deals in heavily emotional scenes. Rather, it spends the majority of its time conducting a remarkably stylish investigation into the pernicious effects of money on individuals and society. But as the cascade of detail falls, and the characters move through the feverishly unsettled landscape, the events that provide such a grippingly fluctuating backdrop to the novel begin to recede, become muted and, as they do, reveal the havoc their raging has wreaked on the human beings that have lived through the storm:

There aren’t any other sons crossing the city at this hour to take money to their mothers. He promises himself that he won’t do it again, and the decision alone is a relief. But he knows how much he’ll miss the bright light that floods his mother’s face when she gets out of the elevator on each of those insane early mornings and comes towards him to open the door, holding herself very upright and smiling, as if she’d regained the only thing whose loss she’s ever truly cried for—much more, even than her fortune: the radiant beauty of youth.

While the characters have been hurtling through the hectic maelstrom of events, it suddenly becomes clear that time has been passing, carrying life along with it. It’s a revelation that arrives suddenly and with the force of important realizations, now blindingly obvious, made too late, and Pauls strikes just the right note with it; the vortex of barely comprehensible happenings, along with the flecks of criticism the novelist sporadically administers, abruptly subside and, as though we had just been taken into the eye of a storm, we are able to see the disarray from a calm and poignantly tranquil location. Currencies can vanish overnight and exchange rates can plummet on a whim—profit and loss rule all. The true cost of such events, however, is to be found in the lives of the people sentenced to live under such volatility. Appropriately enough for a novel that revels in the fragmentation of chronology, Pauls’ narrator summarizes this most enduring of messages at around the mid-way point: “There’s no doubt about it: money doesn’t change,” he observes, before concluding with a note of weary resignation: “Everything else does, though.” In this excellent novel, it’s this fundamental imbalance, rather than money itself, that lies at the heart of everything.