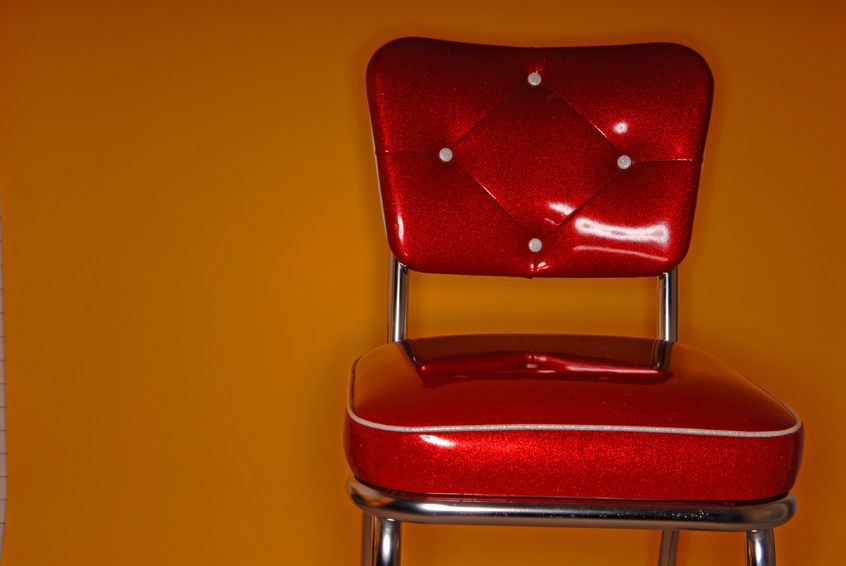 I was ready to die, so I jumped off the highest bridge in town, the river a dark frozen mass ready to accept my mangled mess of skin and insides. I detached from my descending body and watched it fall lifelessly while I drifted through the air with the winter breeze and the stars and those snowflakes that instantly melt when they land on you.

She was right, and she’d be real disappointed if she found this out. She may have to answer the standard your-son-committed-suicide questions. He had issues, she’d say, issues that pulled him away from me forever, but I never thought he would resort to this. Others would talk about how pathetic I was, saying shit like I wasn’t cut out for real life. They’d say I lived out the typical emo-fantasy, just another waste of life. Hopefully not mom. I was convinced she’d defend me no matter how long it had been since our last conversation.

But I’m not as dead as I was expecting to be. I was violently sucked back into my body and felt my leg crumble, bones shattering like a glass hitting the floor. I felt cold and wet and such agonizing pain. But I wasn’t dead.

I woke up in a reclined bed with itchy sheets, lights way too bright. Rain played a drum-roll on the world while some stupid actor confessed his love to a busty broad on the box television mounted high up in the corner. The walls and most of the floor tiles were white and made the lights feel brighter, but there were some rogue black tiles too. There was a window to my right without much of a view from my angle and a red vinyl chair in the corner that probably made funny noises when visitors sat on it.

The doctor came in, some high and mighty prick with hipster glasses and a Middle Eastern accent and skin tone. He had his stupid hair with a stupid part along the side of his scalp and I hated him immediately. He regurgitated a laundry list of what the hell was wrong with me but in that sophisticated doctor talk. I only made out some of the key words: hypothermia, shock, fibula, tibia, open fracture, six to twelve months. My leg was a miracle wrapped in a phenomenon being held together by rods and screws. I lifted my paper gown and looked at the cast and imagined what my leg would look like with sharp bones piercing through my flesh. It seemed pretty cool, although I probably would’ve vomited in real life.

“We’d like to keep you here for a while,” the prick said, looking at his stupid clipboard. “The length of your stay will depend on your progress.”

“The police will want to talk to you,” he replied. “But for now, let the drugs do their job.”

And they did. Colors turned to nothing and I dove right in. It wasn’t the kind of nothing you saw while staring at the inside of your eyelid. But empty nothing. No thoughts. Just gray. Like a dirty blizzard.

Eventually I go somewhere. When, I don’t know. Where, a church. One of those massive contemporary ones that looked more like a concert hall. There was a young band—teenagers I guess—rocking out on some holy shit. I was far from stage, but one of the lead singers, some young brunette, had curves nice enough to be noticed from a distance, and all I wanted was to taste her body. Her voice was killer though, and the band sounded pretty decent; change the lyrics and I probably would’ve downloaded the album. My left foot tapped along with the thick thud of the bass pedal as the song told me to lift my hands and let Him take me under His guidance. My hands stayed in my pockets, my foot continued its rhythm.

I would only go to church for my mom’s sake, never really bought into the whole “I am powerless and must give up every ounce of control I might have and give it to some dude that supposedly exists” thing. I still went with her, though. She constantly worried about me and my friends being teenagers and smoking drugs and fucking chicks without protection and leaving for days without a phone call and dropping out of school. Typical stuff. She worried too much, but that wasn’t true either.

Mom and I sat in the upper deck, and I was staring at the top of some kid’s head in the row in front of us, his black hair slimy and slick with goop. He wasn’t standing like everyone else. Instead, he was rocking back and forth in his chair. I wasn’t sure if he was epileptic or some shit and it made me really uncomfortable. I glanced over to mom to back up my discomfort, but her eyes were closed and her hands were raised up towards the sky with her palms open. Her face was red and wet with tears.

I looked back down and saw his hands moving quickly, but with some semblance of order, as if the movements were choreographed. On each side of the stage the song lyrics scrolled down large screens and then the obvious dawned on me: dude was fucking deaf. He was signing the lyrics, singing with his hands. How could he hear it? He must’ve felt it; the bass pounded through my chest too. Was he feeling Him? I wanted to know. Eventually, I stopped caring; I wasn’t feeling it. Him. Whatever. I wanted Her. The singer.

Hours or days later, I told the police everything. Although it wasn’t much. I wanted to die for no good reason and failed miserably. They told me a driver called the police from the bridge and E.M.T.s were already parked and prepared at the river bank.

“We left a message with your mother,” the officer with a bushy moustache said. “Anyone else? Friends? Priest? Boss?”

I drifted back to sleep and felt my mother with me. She sat in the vinyl chair and it made noises I never heard and she cried into her hands for a time too long to measure. She screamed and smashed her fist against the wall and yelled in my face and broke the small rolling table next to my bed. She also touched me softly as only a mom can. She dragged her wrinkled hand along my face and kissed my forehead with her cracked, chapped lips. I swear I could feel the salt from her tears rolling down my face.

When I woke up, she wasn’t there. But damn it I knew she had been. I had a new table wheeled in that afternoon and there were imprints on the vinyl.

She’ll be back, I thought. She wasn’t like me and I needed to tell her that.

A couple days later I woke up and the thin curtain on my left was pulled out. The lights behind it were bright and presented the silhouette of a fat man, although it could’ve been a woman. But then I heard a grunt and it cemented his fate as a “he.” He remained still for hours, and I watched him do nothing for the entire first afternoon. Although he did do something. He moaned and cried as if his organs were in a tightening vice grip.

He continued his moaning and crying.

Fuck you, I thought. Just trying to help. Although what could I have done? I couldn’t even reach the damn curtain to pull it back and see him. I envisioned him looking like a blob, just a pile of glub without a neck. He made me sick.

Maybe I made him sick. Maybe he wanted a glimpse of my silhouette in order to make similar assumptions. Of course, with the lighting, mine wasn’t visible, which is probably why he wouldn’t answer me. Why would he accept help from someone he couldn’t see?

If he could see, what would my silhouette have looked like? Probably like nothing, my thin build resembling bedding or pillows, not a man. It was hard to be sure. There’s only so much he could have seen with the curtain closed. 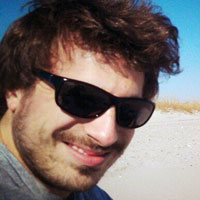 Brian Druckenmiller earned his Master of Arts in Writing from Coastal Carolina University where he now teaches English composition courses, and plans on earning his terminal degree in creative writing sometime in the not-so-distant future. He currently has a short story in Fiction Vortex online, and many others in slush piles across the country.