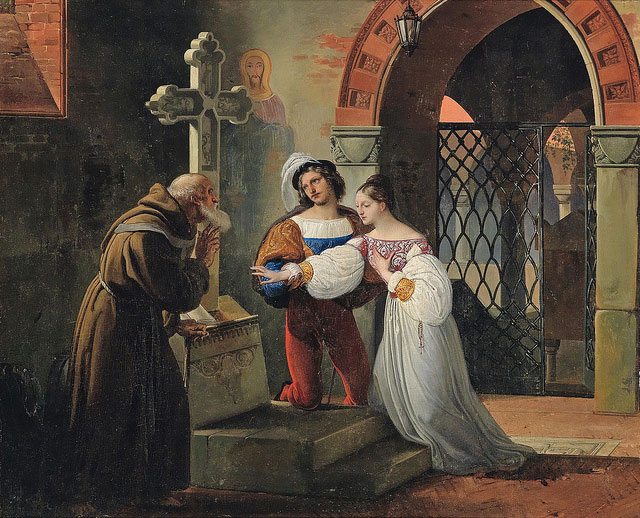 Romeo sent this text to Juliette: “Goodnight Julie.” She didn’t respond. It was their first night not sleeping together in two years. He didn’t know what she was thinking.

The next morning, he had to return to the suburb where they lived to get the rest of his stuff. They agreed he would call before he left, and he did so beside the stairs leading down to the subway. The call went to Juliette’s voice mail.

Romeo took two trains. When he got outside at the appallingly familiar bus depot, he tried to call again, and again the call went to voice mail. He became worried, decided he didn’t want to wait for the bus, so he started walking toward the home they had made together. On the bridge, about a mile from their apartment, he stopped and sent another text: “Here. Walking. See u soon.”

As he walked past everything they had known, past the florists and cafés and supermarkets and banks and pharmacies and bakeries, past the travel agency and the post office and the magazine stand and the car wash and the Portuguese butcher and the Chinese restaurant, The Rising Sun, where they had eaten countless times, past the Pakistani convenience store where he always bought the Sri Lankan beer they liked, one thought consumed him: Suicide. He thought of Juliette, dead in their apartment, having taken her life, the sadness and pain of their separation, the longevity and darkness of night, having been too much for her.

It would be perfect, her knowing he had to return, him still having keys, the scene he would find, the destruction and revenge and love. He thought of his grandmother, her coming home one day to the house where she lived with her father, her calling out for him and getting no response, her walking up the stairs and seeing the light in the bathroom and her saying “Pop?” one last time, her hesitant opening of door, then red and gun and nightmare. His great grandfather, he too knew of discovery, had planned it for maximum effect, an incomparably harsh and selfish act, but one full of the deepest intimacy and love imaginable.

Romeo was closer, turning, passing the houses he knew so well, passing the bus stop and crossing the crosswalk, hearing and then seeing the children on the playground of the school across from where he and Juliette had lived. From the street, he glanced up into their windows, saw the drawn shades. He opened the gates. In the courtyard, he glanced up again, thought of serenades, poetry, of beginnings and endings, death, and then he was opening the door to the building, taking the stairs two at a time, his heart racing, her name and every memory’s trace ready to be cried out in a sound he could scarcely conceive himself making, though he was prepared—he knew how he felt, what he was capable of—and he didn’t knock, just put the key in and turned it and opened the door and there was Juliette, alive and beautiful, seated at her desk, surfing the Internet with a bud in each ear, his bags neatly stacked beside their bed. 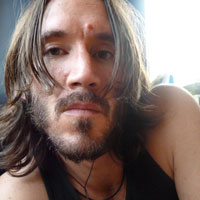 Kevin Tosca’s stories have appeared in Fleeting, Litro, Bartleby Snopes, The Bicycle Review, Vine Leaves Literary Journal, and elsewhere. He lives in France where he is a trapeze artist with a troupe from the 20th arrondissement of Paris. Find him and his published work at www.kevintosca.com and on Facebook.