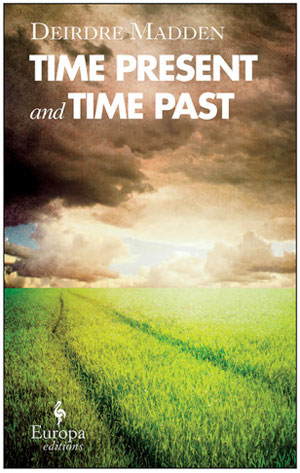 It seems like an impossible task, separating the people from the years I’ve spent growing up with them and the years I’ll spend growing old with them. Maybe more than anything else, family is a matter of shared time. Of photo albums full of baby pictures and accumulated Christmas and birthday presents and long, fidgety car trips to half-remembered vacation spots. Family is this weight of shared history, both experienced and inherited, and of shared futures that are always looming over every exchange of goodnights, or goodbyes.

Irish author Deirdre Madden’s ninth novel, Time Present and Time Past, is suffused with that deep connectedness of family across time. As in several of her previous works, including her Orange Prize-shortlisted “One by One in the Darkness,” in this latest book Madden explores both the ties that bind together people and those that reach back through the years to link past to present, what is to what was. Although the story centers on only a brief stretch in the life of Fintan Buckley, a legal adviser in his late forties living outside Dublin with his wife and three children in 2006, Madden constructs a web of memory and expectation, of worry and hope and regret, that feels weighted with unwritten years. The narrative pulses with lives already in the midst of being lived: not just Fintan’s, but those of his entire extended family, from his seven-year-old daughter to his elderly mother.

Fintan himself feels the gravity of those lives, and that time, acutely. He cannot escape seeing in the Dublin of his present the shadows of the past and suggestions of the future, and becomes increasingly preoccupied by early color photography and the dissonance of a world that looks real and familiar, but has been irrevocably lost in the intervening years. As he watches a second hand sweep round and round a clock face in his office, he is horrified to feel “time racing on, racing like a palpitating heart, so that he feels his life will be over before he has had a chance to live it, certainly before he has had a chance to understand it. Sometimes he feels he can almost hear time rushing past him; it is like a kind of unholy wind. He wakes, he works, he sleeps, and then another day is gone and then another week.” 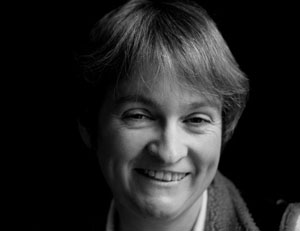 Though this anxiety stems in large part from strange lapses of consciousness Fintan experiences, during which he finds himself unable to distinguish words, or narrowly fixated on the minute details of his surroundings, or caught up in sudden rushes of memory, it could just as easily be his middle age that untether him from the present. These episodes are ultimately underwhelming, a minor and shallowly explored facet of a much larger and more fully realized story. It is not the strangeness but rather the normality of the piece that makes it remarkable, its ability to convey the rhythms of everyday life and the way in which time and memory work within them. The most moving moments of reflection come not when Fintan is caught up in a disorienting sensory experience, but instead when he asks his wife and children to linger in silence around the dining room table for a minute at the end of a meal or when, walking by the water, he meditates on his love for his young daughter, Lucy:

He will bring Lucy here so that she too can throw crusts to the birds. He will take her to the playground in the Green; he will point out squirrels in the trees; he will lay down memories for her to enjoy in the years ahead, like fine wines maturing in a cellar. But when he tries to visualise Lucy as an adult, as the woman who will savour these memories, he cannot do it. All he can see is a pearly mist: something like ectoplasm.

With elegant, understated prose, Madden pieces these quiet moments together to create an intimate and complex portrait of the Buckley family and each of its members. Like Fintan, several of his relatives have difficulty living entirely in the present; his aunt and sister each struggle to move on from personal tragedies, even as his two college-aged sons prepare for independence and adulthood. This temporal restlessness flows in a subterranean space beneath the surface action of the novel, directly glimpsed only briefly but tangibly shaping every shared meal, every exchange, every solitary scene.

The story’s 2006 setting is itself weighted with both the Troubles Ireland experienced in the late twentieth century and the global financial crisis that would begin only a year later. But these larger concerns rarely intrude into the domestic sphere that forms the heart of the novel. Instead they act as an unobtrusive backdrop to Fintan’s childhood memories and anxieties for the future, and heighten the story’s sense of fragile equilibrium—the sense that the moment it captures is ephemeral, caught in a stream of time that cannot be slowed, or stopped, or even preserved.

Like the old photographs that fascinate Fintan, “Time Present and Time Past” portrays a world at once familiar and impossibly distant. Madden deftly captures the complexities of time and memory in her moving portrait of a family, imbuing the mundane routine of Fintan’s life with a love that feels deep, timeless, and universal. It’s a story that will make you want to take out a photo album for the first time in years, or to call your mother just to hear her voice; a story that will leave you with a sense of mourning once you’ve closed the book and found yourself at once cut off from a place and a group of people that feel bigger than the pages that contain them.

Annika Neklason grew up in Santa Cruz, California. She currently resides in Philadelphia, where she is pursuing a degree in English at the University of Pennsylvania. She is the Bassini Writing Apprentice for Cleaver Magazine.