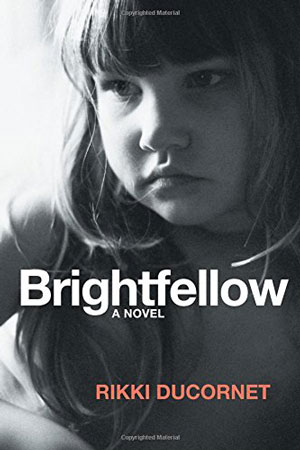 “The linoleum swells with stories. As he plays, darkness rises from the floor and slowly claims the room.” With these unsettling, intriguing first lines, we enter the mind and story of Stub, a six-year-old who observes the broken, embittered adults in his world. Growing up, he’s learning, requires giving up not only childish things but childish wonder, too.

Abandoned by his mother, neglected by his father, briefly cared for by Jenny (a sweet but “crazy, sort of” young woman just sprung from the local “madhouse”), the boy becomes a refugee on the college campus where his father works as a plumber. By nineteen, he’s left home for good and is raising himself there, eating food purloined from faculty houses and wearing “preppy discards” he finds in the student dorms. He spends his days roaming the library stacks and reading the works of the reclusive anthropologist Verner Vanderloon, a Werner Wolf-ish character who writes that mankind is divided into people “who know how to play, are full of mirth and fellow feeling, and the ones who are killjoys and combustible.” Play is a powerful form of magic, Vanderloon says, warning that its suppression leads to catastrophe.

In real life, I find the topic of damage done to children deprived of play maddening—because so often the conversation takes place among and for parents who advocate for more playtime by arguing that play is necessary for their children to advance. True, behavioral scientists studying what they (diplomatically) define as activity with “limited immediate function” have shown that, among other benefits, play improves spatial skills, narrative skills, empathy, and compassion. But the sobering subtext to these studies is that play is demonstrably expendable, if not inconsequentially so, for kids who live in poverty or with war and famine, or who’ve been geographically displaced. Start defending the value of play with the ambitious parents in my neighborhood and social media sphere, and it suddenly seems that play, justified as college prep or pre-professional practice by privileged people, is just another luxury that only the wealthy can afford.

But in Ducornet’s insightful, lyrical novel, it’s a different—and odd and wonderful—story.

Brightfellow assumes that play is essential to all human development, and offers an artist’s take on the standard, self-serving argument. Informed by her interest in zoology, Ducornet understands the scientific basis in animal studies for the idea that play is hard-wired in humans. Such studies have identified at least one hundred distinct signals different animals use to put playful parentheses around behavior, including play faces, play bows, play gaits, and self-handicapping that serves to keep the game going (and that seems to indicate winning isn’t the point). Current research suggests that play is linked to growth of the cerebellum, the so-called seat of creativity—which explains the persistence of play throughout adolescence, despite its apparent purposelessness and the risk of physical injury. 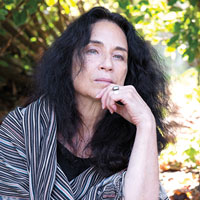 For Ducornet, the psychological harm done when play is thwarted becomes substantial material for a novel. And Brightfellow, her second book in a planned trilogy about the betrayal of innocence (following her 2012 work, Netsuke) movingly dramatizes how play is more than a means to get into Harvard—it’s essential to the survival of the species.

Stub “is a dissembler,” she writes of her adolescent protagonist. “When in a tight spot, he invents identities. He is strange.” But his strangeness proves adaptive in the college campus setting, where he survives by repurposing others’ belongings and solving the daily problem of where to sleep. By masquerading as a student, he makes himself inconspicuous. Everything changes, though, when he introduces himself as Charter Chase, a Fulbright scholar from New South Wales, to the widowed, (closeted gay) professor emeritus William Sweetbriar (“Billy”) who takes him in.

An autodidact whose intellectual curiosity seems more sincere than some of the professors he fools, “Charter” invents a dissertation topic that relies upon a cache of papers Vanderloon left behind when he fled his college classroom and disappeared into the woods. He invents an obscure island inhabited by a people called the Mannja Fnadr, who conceive of the soul as a “bird of breath, a bird of fire. Longing for…release.” I especially admired this plot device, in which the formalized obsessions of academic scholarship are revealed to be a kind of play, undertaken in the hope of discovering groundbreaking truth along well-trod paths.

But Stub’s extracurricular study of an 8-year-old faculty brat named Asthma becomes the source of conflict that drives the novel to its tragic end.

From his window in Billy’s house, Stub spies on the girl as she builds an elaborate paper town and menagerie of the kind he once built with Jenny. If he were allowed to play beside her, he thinks, he could recover what he has lost. At the same time, he wants to save her, this playful and precocious child who calls him “Brightfellow” and speaks in somewhat improbable dialogue. Asthma is the daughter of Blackie, “a hot machine made of rivets and spinning gears, like a pressure cooker and a robot combined,” and Rod, a disillusioned history professor who drinks and daydreams of a life in Jamaica depicted on the stamped postcards he collects. “It is his task to be vigilant,” Ducornet writes, conjuring Holden Caulfield and Catcher in the Rye. “To assure that Asthma will come through childhood unscathed.”

Before being sent away, Jenny had showed Stub pictures of skulls in Vanderloon’s Ancient Roots and Ways, a grim progression from ape to man. “We soon will all be mad,” she tells him, “as mad as a person can be, as mad as you and I”—and children “the maddest of all.” Her words are lost on him until he meets Asthma, who is the age he was when his mother took off and his father “began to devolve into debility and viciousness.” Now he thinks “she meant this: a child knows nothing else, nothing but the madness that preys upon it relentlessly, the madness that is in the food it eats, the words it hears, the dreams that, having failed to protect it, turn upon it.”

While Stub’s adolescent sorrow is authentic, Asthma’s precious characterization makes her seem more symbolic than real, which perhaps allows the reader to comprehend Stub’s interest in her as something other than pedophiliac. And though Ducornet’s impassioned belief in the power of imagination is delivered with some stunning lines, at times she makes complex ideas and emotions facile by over-explaining them.

For example, when Billy connects the senseless drowning of his beloved former student with the young man’s brilliant translations of the poet Pierre-Jean Jouve, it’s a quietly profound moment. The retired professor, who has suppressed his sexual desire in order to fit into his scholar’s robes, tries to protect his new protégé by quoting from Jouve, “The cell of myself fills with wonder…the whitewashed walls of my secret.”

“What is his secret?” Charter wonders aloud, feeling “the full force of his chronic strangeness once again.”

“He’s speaking of the deeper self, I think,” Billy says. “The one we embodied when we were little children. When we could reinvent the world undisturbed.”

The resignation in that line—and Brightfellow’s symbolically perfect ending—is true to Ducornet’s thematic lament. But I admit I’d hoped for a plot twist that would jump the track and reinvent the world, to show how play helps us learn from our mistakes, change our behavior to—if not set things right—then get life less wrong.

Elizabeth Mosier’s essays and reviews have appeared most recently in 50 Women Over Fifty: A Celebration of Established and Emerging Women Writers, The Journal of Compressed Creative Arts, 1966: A Journal of Creative Nonfiction, The HerStories “Voices” project, Cleaver, Creative Nonfiction, and The Philadelphia Inquirer. “Believers,” published in Cleaver, was selected as notable in The Best American Essays 2015.