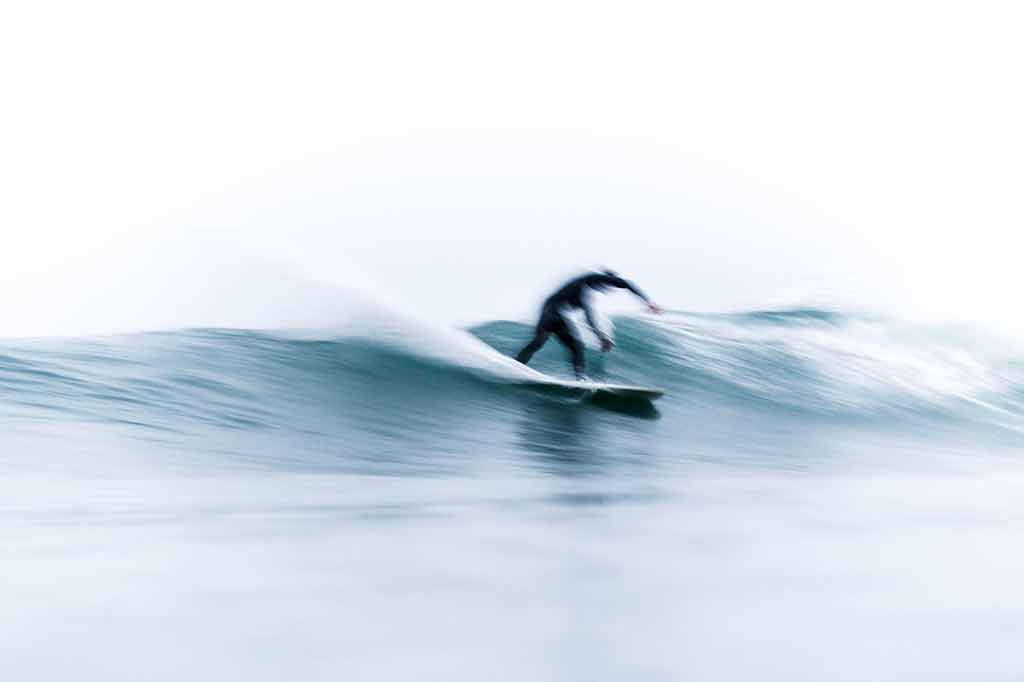 Last summer I was supposed to finish a novel. But there were waves, so many waves. I did my best to try, to write.

Woke up at 4:30 in the morning, took the dogs out under the stars in our yard, smelled the oysters and salt from the Delaware Bay two miles to the south. Went back inside to attempt to write a few hundred words before the sun came up. Often, I wrote nothing worth a damn, gave up, put a few boards in the van, drove to my favorite break in South Jersey, one my wife and I loved. Got into the water and wondered how it was possible to surf perfectly glassy, waist-high waves all to ourselves in the most densely populated state in the country. When a wave came my way I turned, paddled, stood, walked to the nose of the board and lost myself in that magical moment where nothing else in the world mattered. Nothing, except catching another wave.

Herein lies the problem: being a writer who surfs, a surfer who writes. When there is a wave to be ridden, everything else in life—dogs, loved ones, deadlines and writing—gets put on hold. To make matters worse, once you’re completely and totally stoked from the waves, writing a coherent thought, especially one that attempts to describe the sublime experience of riding waves, becomes virtually impossible.

This could be why there are so few books about surfing that have been able to adequately capture the experience of walking on water. Yes, Daniel Duane’s Caught Inside, William Finnegan’s Barbarian Days and Alan Weisbecker’s In Search of Captain Zero paint colorful portraits of the surfing life, and are filled with beautiful descriptions of the ocean, dolphin, and waves. Yet, the true experience of surfing itself seems to elude even the most talented surf-writer.

One could argue that all writers struggle to describe our most intimate and intense moments, agonizing over sentences that allow the reader to experience the love, sex, and heartbreak of their characters—but writers of those topics know that we all (hopefully) have likely brushed up against all three, and uses our knowledge and shared metaphors to put us into the mind and body of the character so we can feel or at least understand what they feel. Love, sex, and heartbreak can be put into a language we all speak. Surfing, I’m convinced, cannot.

Instead of writing about surfing, the best we surfers can do is try to use the experience of the sport, the pursuit, to open our minds in the same way jogging does for writers like Joyce Carol Oates or Haruki Murakami. While it may be impossible to write after surfing, what often happens—at least for me—is that a few hours in the ocean creates an intense awareness to my surroundings, be it the ocean, people, or even the traffic. It is during these moments of heightened sensitivity where we humans become aware of the smallest details—the old man in a brand new Mercedes at the gas station sitting alone, frantically scratching lottery tickets; the dead cat on the side of the road; the laughter from a group of teenagers smoking pot on the beach.

After some of the best surf sessions of the summer, I’d often find myself tearing up while watching videos of Bruce Springsteen bringing audience members up on stage. This increased sensitivity, when properly harnessed, might, I think, expose the writer—or at least this writer—to all the small details that make us human. The same details that make for good writing.

Here in Jersey, we had one of the hottest summers on record. The sand on the beach burned our feet. Cases of flesh-eating bacteria along the coast increased, most likely due to global warming. The flies, brought from the back bay to the beach in the light west winds, sawed through any exposed piece of flesh. The news incessantly pointed out the moral failings of our president, and yet his supporters still backed him. We surf to escape all of this, and yet it sometimes makes all that news all the more devastating because of our enhanced sensitive state.

I’ve been surfing for over twenty years, writing for thirty. I still struggle with each of them, trying to figure out how to make the two activities, my two passions, work with all the other parts of my life. When I’m at my worst, struggling with life, with surfing and writing, my wife kindly guides me back to Percy Shelly:

All things exist as they are perceived: at least in relation to the percipient. ‘The mind is its own place, and of itself can make a heaven of hell, a hell of heaven.’ But poetry defeats the curse which binds us to be subjected to the accident of surrounding impressions. And whether it spreads its own figured curtain or withdraws life’s dark veil from before the scene of things, it equally creates for us a being within our being.

Surfing is its own form of art. It “spreads its own figured curtain” and “withdraws life’s dark veil,” leaving its victims unable to find the words to describe a single moment in time, shared by  board, mind, body, wind, tide and sand, that connects us to all the beauty and suffering that exists in the universe. Surfing and writing keeps us searching for that perfect wave, sentence, or poem so we can experience that moment again and again and again and again. 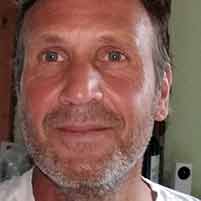 Nate House’s fiction has appeared in Armchair Shotgun, Kudzu House, The Bicycle Review, Monday Night Lit, The Schuylkill River Journal, and other publications. His columns have appeared in both local and national newspapers. He worked as a reporter for The Philadelphia Tribune and currently teaches at Community College of Philadelphia.