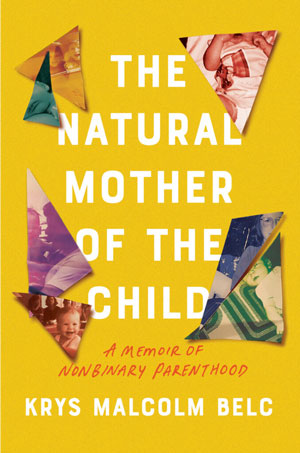 Krys Malcolm Belc—nonbinary, transmasculine, and talented—begins his memoir with an Irish dance—“all jumping and pounding, the tight black laces against my calves, the bang of hard shoes on the floor.” He is young and the music permeates, and now, he writes, “I try to remember what it was like then, when I was four and five and six, if I was unhappy. I am supposed to remember being unhappy, but mostly what I remember is what it’s like to stand there knowing the dance is about to start.”

Supposed to remember. Supposed to be. Supposed to become. But suppose does not fit the life Belc will live. Competitive, just like his father. Prone to moments of rage. Enrolled in an all-girls’ Catholic school, dressed in the costumery of girlhood. A girlfriend who becomes a boyfriend who becomes a partner, a parent, a “natural mother of the child,” according to legal documents, and then, at last, following the birth of his child and testosterone treatments, a human being who, with his beard, shaved head, and Cross-Fit body, is assessed by perfect strangers as an awesome dad.

In six long essays, most adorned by fuzzy photographs and court material, ultrasounds and birth certificates, plays on and with margin settings (think W.G. Sebald, think Susanna Kaysen), Belc tells the story of being who he has become, of who he is still becoming. He is neither prescriptive nor defensive; rather, he is at work on understanding himself. Not just the trajectory that his life has taken, but the complicated feelings that still arise in him, the yearnings he sometimes has not just to birth another child, but to speak more openly of his own funny, playful, endearing Samson, who is one of three children Belc is raising with his partner, Anna: 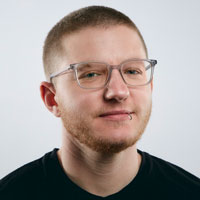 When I am around another pregnant person, I feel an emptiness where Samson used to be. A professor I respect deeply tells me she is pregnant and I know it’s irrational, I know it isn’t fair, but the surprise on her face when I tell her about Samson hurts me. She doesn’t seem repulsed, just surprised. Who would think.

Belc handles fragments and confoundment with ease. His work—which reaches deeply into childhood, speaks honestly of anger, acknowledges intense interior battles, ponders Anna’s place as a woman who loved a woman who now is married to a man—coheres. Artfully. If Belc still has questions about his body and what it carries, if he wonders how the world sees him, if he wishes the past could be both more present and somehow more distant, no one will wonder, in reading this book, if Belc is an authentically gifted writer.

Beth Kephart is the award-winning author of more than three-dozen books, an award-winning teacher at the University of Pennsylvania, and a widely published essayist. Her new memoir in essays is Wife | Daughter | Self, from Forest Avenue Press. More at bethkephartbooks.com.