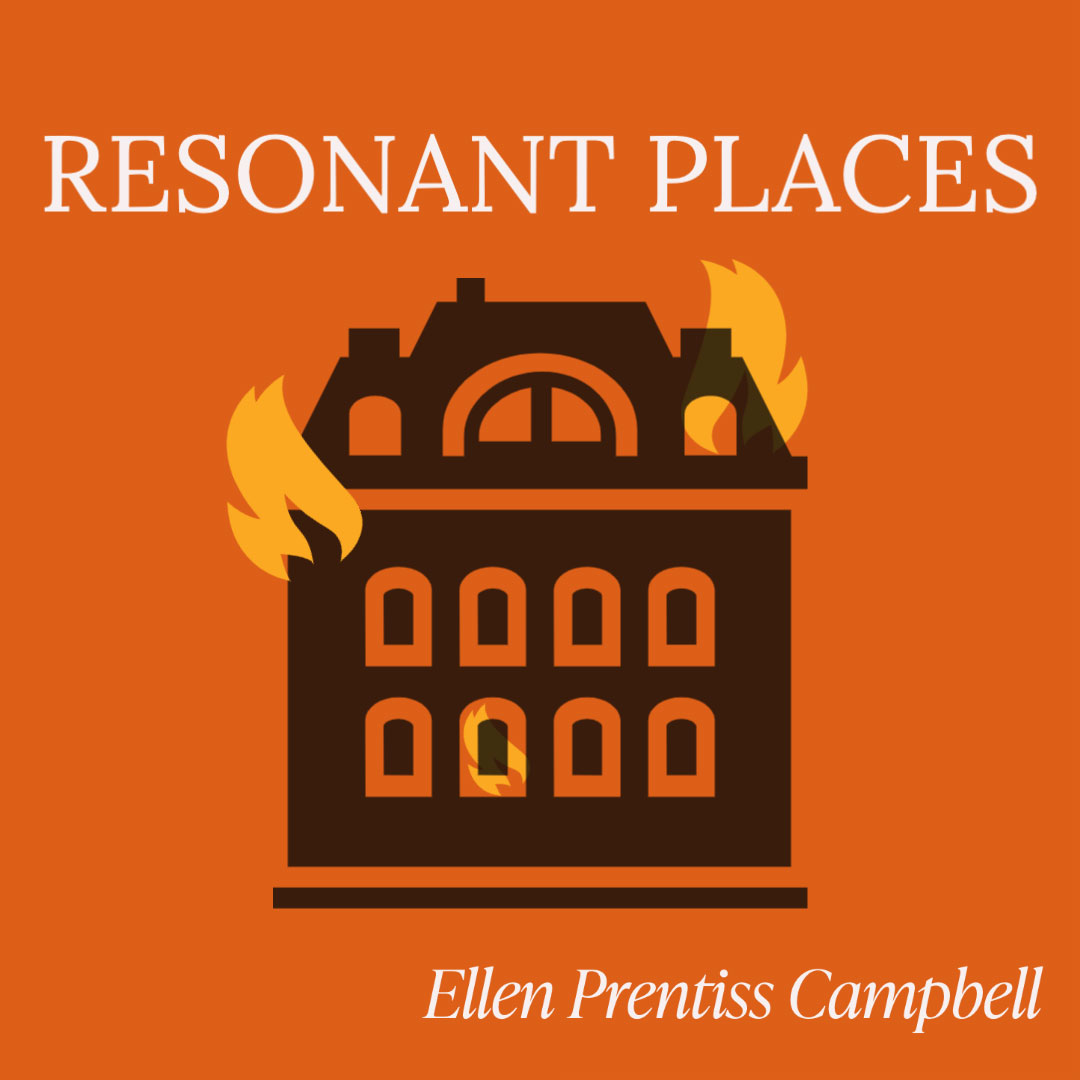 RESONANT PLACES
Houses We Live in, Homes that Live in Our Writing
A Fiction Craft Essay
by Ellen Prentiss Campbell

Memory and imagination cast spells. Fiction is inspired by places as well as temps perdue. Many of us have dreamed last night that we went back to—well, not Rebecca’s Manderley but to a place from our past, one that resonates. Some places are lost to us even if the building remains because we can never again enter and live there. Perhaps we can peer in, but we cannot look out the windows again, never see the way the world is framed from within that particular shelter again. Sometimes indeed an entire small world is lost to us. Although years later we may wander through a campus again, a neighborhood, the people are gone or so changed as to be unrecognizable. Without our remembered familiars, it’s empty as a stage set.

But story-telling, imagining, can open the portal to the lost place. Writing fiction, just as we can write from the point of view of people we have never been, we can inhabit resonant places we’ve never actually lived in. We can step over the threshold of the real or imagined house, into the skin of the house’s real or imagined occupant. Resonant homes contain lives, shelter, hide, even expose, the hopes, dreams, sorrows, and joys played out beneath the roof.

Such places for me are often the initial wellspring for a story. Sometimes, I re-inhabit a truly remembered place—a former home of mine. Sometimes I visit, I take a long-term lease, to a place I have never lived.

I’ve always loved, and frequently visit “house museums” and I’d argue that, in a way, all houses are museums. Louisa May Alcott’s Orchard House was first on my list, Emily Dickinson’s not too much further down. Perhaps a personal best day of sightseeing was visiting the white garden Vita Sackville West designed to be seen by moonlight, followed by the coziness of Henry James’ Lamb House in Rye. A close second would be the evening on the patio of Edith Wharton’s house in Lenox, Massachusetts, hearing one of her stories read aloud by an actor from the theater down the road.  I “collect” house museums the way some collect bird sightings.

A couple of years ago, I stood in Herman Melville’s study—the only comfortable, light-filled room in the awkward rambling house. Looking out the window—at fields, not waves—was to imagine looking through his eyes, at what he saw (or blotted out) as he wrote.

But it was a visit to a different kind of house, one empty of furniture, in the midst of restoration, not a museum of the famous former occupant, that spurred the process of writing my novel Frieda’s Song.

For years I lived a couple of blocks from the Chestnut Lodge Hospital in Rockville, Maryland. The Lodge had once been renowned for innovative treatment of severe mental illness, and the psychiatrist who put the sanatorium on the map was Dr. Frieda Fromm-Reichmann. Frieda, as everyone including her patients called her, came to the Lodge in 1935, fleeing Nazi Germany, losing her home, losing the hospital she had founded there, losing her family, colleagues, friends. She soon proved invaluable to The Lodge, and other envious institutions wooed her. A competing hospital offered her a house. How tempting, especially to a refugee who had been dispossessed of everyone, of everything.

The Lodge’s director did not want to lose her, so he counteroffered—promising not just a house, but one custom-built to her specifications. She accepted, took active part in designing the house, and remained to live and work in what is still called Frieda’s Cottage for the rest of her life, dying in her home in 1957.

About thirty years after her death, I moved to the neighborhood, where I practiced psychotherapy at a community clinic. I attended the annual symposium for mental health professionals on the expansive green lawns of the Lodge. Many of us had read Principles of Intensive Psychotherapy, authored by Frieda, who remained an iconic absent presence. Her Cottage was by then shabby, used as office space.

The Lodge itself declined and in the latter days of the twentieth century, the hospital closed and stood empty as attempts to repurpose it failed. But the local historical society purchased Frieda’s Cottage, and began restorations. Visiting the Cottage during its renovation, I felt a tug: a resonant place, a resident ghost, pulling me toward story. Restoration complete, the Cottage was rented; Frieda’s Cottage was once more a home.

The remaining hospital building went up in flames one night in 2009 and its rubble was bulldozed, erased. But—miraculously it seemed—Frieda’s Cottage, just yards away, survived.

The invisible shadow of the vanished Lodge, the mysterious fire, the resilient Cottage, all pulled me in. I researched, I imagined. I began to write a story, from the point of view of a current-day psychotherapist living in Frieda’s Cottage. The therapist’s teenage son demanded his say, and soon Frieda herself—rather my Frieda, my imagined Frieda Fromm-Reichmann—demanded hers.

In strange parallel progression, my novel was finished and then accepted for publication almost precisely as Frieda’s Cottage was nominated and then designated as a National Historic Landmark. (I had testified before the Landmark Commission along with Frieda’s biographer, historians, architectural historians—a rather surreal experience for someone who makes things up.)

Not too long ago, the Cottage was available for rent again.

It is time for me to move again. But not to move homes. It’s time for me to move on again, move in again, to a different resonant home. I’ve already found my next story abode, though it’s vanished. A truly lost house this time, though once a real house, once inhabited by a local artist’s family. House, artist, and family are all gone. Which makes the place perfect for me in some ways: free-range. I’m just opening the door, looking around. Seriously considering a long-term lease. 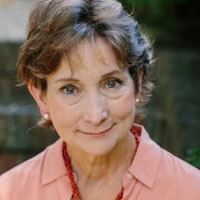 Ellen Prentiss Campbell’s new novel is Frieda’s Song. Her debut novel The Bowl with Gold Seams received the National Indie Excellence Award for Historical Fiction. Her story collection Contents Under Pressure was nominated for the National Book Award. Known by Heart: Collected Stories appeared in May 2020. She lives in Washington D.C. Learn more at her website.